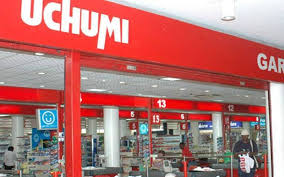 The Kenya Commercial Bank (KCB) and Cooperative Bank of Kenya have agreed in principle to let go of a combined Ksh.655.5 million in outstanding credit to debt-strapped Uchumi Supermarket.

Uchumi Supermarket had written a company voluntary agreement (CVA) to the lenders, the CVA seeks to restructure the company’s debt into the medium term in a means to relieve pressure off Uchumi’s hard pressing repayment obligations.

Acting on the CVA, KCB was first to write off all accrued interests and penalties an which equal Ksh.365.6 million while offering a 44 pc discount on its lease facility which represents a further Ksh.180.9 million.

Cooperative bank has offered the retailer a 40 pc waiver of its total outstanding loan facility including both principal and accrued interest which amounts to a Ksh.109.1 million write off.

This, however, is on condition that the retailer pays up 10 percent of the outstanding Ksh.163.6 million after write-off immediately.

Uchumi has had a hard time selling it’s CVA to lenders with banks like the United Bank of Africa (UBA) not having any of it. UBA has now objected twice to the retailers debt restructuring proposal.

UBA wants the retailer to pay up an upfront settlement of 70 pc of its outstanding loan totaling Ksh.180.5 million including accrued interest and the clear demonstration of the source of the pre-payment before the approval of the CVA.

Despite the tough business environment, the retailer remains optimistic of sealing the CVA and taking back the company to making profits. “At the present moment, the business environment is harsh and challenges meeting all obligations. However, acceptance of the CVA will eventually enable the company to get back to normalcy,” Uchumi Chief Executive Officer Mohamed Mohamed told journalists.

Related Content:  Loss Making KQ Flops Salary Talks With KALPA
Kenya Insights allows guest blogging, if you want to be published on Kenya’s most authoritative and accurate blog, have an expose, news TIPS, story angles, human interest stories, drop us an email on [email protected] or via Telegram
Related Topics:
Up Next