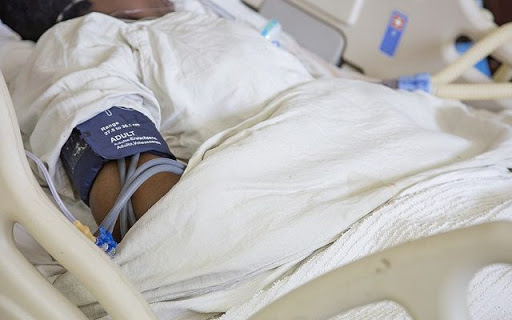 High Court Judge Weldon Korir has ruled that patients have no obligation to pay health facilities for the period they are detained in hospital for failing to offset their medical bills. Korir made the declaration while ruling on a case by Emma Muthoni who was detained by Nairobi Women’s Hospital over Sh1.7million bill.

Muthoni’s bill at the facility was Sh3 million after a two month stay but it later shot to Sh4 million after she was detained. While making the ruling on Thursday, Justice Korir faulted Nairobi Women’s Hospital for violating Muthoni’s rights as he directed the hospital to compensate her with Sh3 million.

She will however receive Sh1.2million since the court clarified that the amount will be less Sh1.7 to foot her medical bill.

“A declaration is hereby issued that the respondent, by unlawfully detaining the petitioner when she failed to pay her medical bills, infringed on her constitutional rights,” Korir ruled.

The judge further directed that a patient forcing the patients to pay for the duration they are detained is an unconstitutional act.

“She is under no obligation to pay any expenses incurred by the respondent in connection with her unlawful detention. No one should be compensated for expenses incurred in perpetuation of an unconstitutional act.” The Judge added.

The complainant was admitted at the health facility on March 23 2018 when she suffered stroke and was discharged on May 14 but she was not in a position to settle her bill which had accumulated to Sh 4 million.

Muthoni’s case is not the first one where patients have challenged health facilities for forcing them to pay for the period they are detained in the ward.

In September 2015, while ruling in a case where two patients were detained at the Pumwani Hospital, Justice Mumbi Ngugi directed the Ministry of Health to abolish incidents of detention.

In a report released on November 17, The World Health Organisation (WHO) warned hospitals against detaining patients over unsettled medical bills emphasizing that the action is  contravening fundamental rights of the affected.

Kenya Insights allows guest blogging, if you want to be published on Kenya’s most authoritative and accurate blog, have an expose, news TIPS, story angles, human interest stories, drop us an email on [email protected] or via Telegram
Related Topics:Hospital detentionMedicall BillNairobi Women's Hospital
Up Next