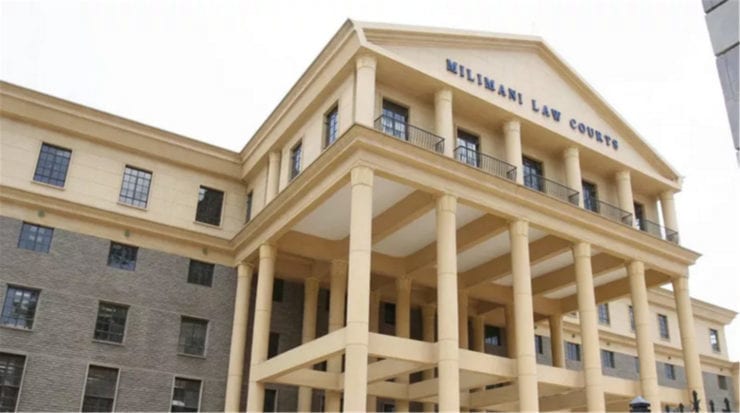 The directors of Mahesh and Tirth construction company have been acquired of tax fraud related offences by a Nairobi court.

Maheshkumar Batukraijani, Valani Keshra Karsani and their company, Mahesh and Tirth construction company limited were charged with fraud in relation to tax of close to 30 million shillings.

While delivering the judgement, Senior Principal Magistrate David Ndugi ruled that the prosecution had failed to prove all counts beyond reasonable doubt thereby acquitted them.

“I give the accused persons the of benefit of doubt. I acquit the three of all counts beyond reasonable doubt,” ruled the magistrate.

The magistrate ruled that the documents produced by defense destroyed the prosecution’s as they indicated the accused persons have been paying taxes to KRA.

The investigating officer in the matter had testified that the company claimed tax from two fictitious companies.

He added that two companies, Daruan wholesalers and Fahari wholesalers which were flagged as fictitious were registered on paper as genuine traders by the registrar of companies but in actual party they were not trading nor did they have physical address for trading.

The prosecution had argued that the two companies are missing traders and were non existent. The court heard that the the investigator had visited the premises where the company had claimed to be located but did not find the said offices.

The magiatrated stated that Hussein Mohammed, who is in charge of Lunga Lunga business centre and the person who told investigators that the two companies did not have offices there did not to testify nor record a statement.

He also noted that the police went there after charging the accused and that the issue was not properly investigated.

The magistrate ruled that the prosecution had failed to prove that the two companies were missing traders and did not supply goods to Mahesh and Tirth construction company.

In addition the magistrate ruled that there no basis of how Kenya Revenue Authority arrived at the said figures of money since the figures on the charge sheet contradict the one on demand letters sent to the accused persons previously.

The court heard that the money claimed in the KRA demand letter is Sh 75 million which is way more than that on the charges sheet which is Sh 29 million. He said the the prosecution did not state why there is a difference in the amounts of money involved.

According to the magistrate, the accused persons produced tax compliance certificates which showed they were tax free even on the dates they are alleged to have committed the offences.

The director of the two wholesalers testified for the defense and told the court that aim the companies are not missing traders but genuine suppliers of building material.

Director of the other two companies testified as a defense witness and said his companies supplied goods to the third accused.

“He said his companies were in existence and pay taxes to KRA, the magistrate ruled.

He added, “I find the prosecution has not proved the two companies are missing traders or did not supply goods to to the third accused.”

According to the magistrate, he found it unlikely that a missing trader can issue an ETR receipt and pay taxes.

“The missing traders fraud had not been proved. Therefore it can not be said they failed to pay taxes.

The accused persons had been charged with fraud in relation to tax by unlawfully making incorrect statements in the value added tax return thereby reducing it’s liability to VAT by Sh17,483,602.

They are alleged to have committed the offence on diverse dates between 20 February 2016 and 20th September 2017 jointly as directors.

They had also been charged with jointly making unlawful incorrect statements in the VAT return for the period 6th March 2016 to 1st January 2017 thereby reducing his liability to VAT by Sh 7,055,595 and another and another Sh 1.7 million payable to the commissioner of Domestic tax.

The court further heard that the three also failed to remit corporation tax amounting to Sh 3,259,544 payable to the commissioner of domestic taxes for the year 2015 among others.