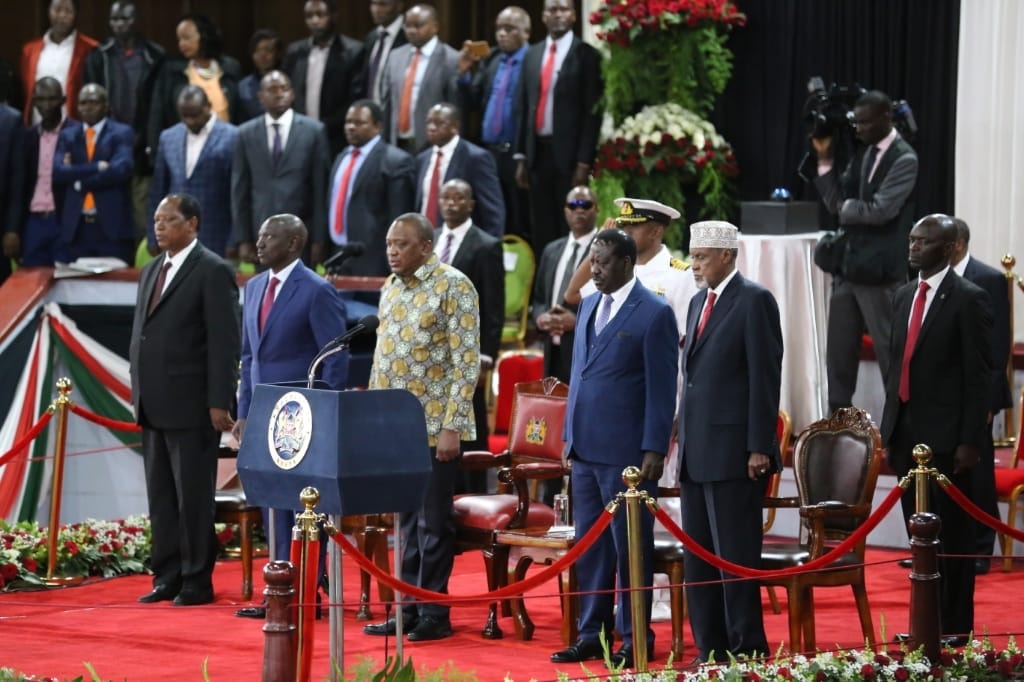 Kenyans are looking at their 3rd referendum in a decade, the chairman of the Building Bridges Initiative (BBI) task force Yusuf Haji has said.

In an interview with journalists, the Garissa senator said a referendum was inevitable if dominant proposals from the public now before a team of experts are to be implemented.

The chairman, in order to drive Kenyans to believe the approval of the proposals is not pre-determined, said that in the event that a referendum is among the recommendations, they would not indicate when the country would hold it.

“It would be upon the principals to decide when they want this done,” he said.

President Uhuru Kenyatta, who, with ODM leader Raila Odinga, created the team following their handshake in March 2018, will receive an interim BBI report as soon as next month.

Mr. Haji says the majority of those who appeared before the task force preferred an extended Executive, want better measures put in place to deal with convicted graft suspects and also a solution to divisive elections.

ANC leader Musalia Mudavadi and Wiper’s Kalonzo Musyoka, who have in the recent past appeared before the committee, want the prime minister position and that of two deputies reintroduced.

“We support the recommendation by the BBI report for the establishment of a national Executive structure in which the Executive comprises a President, who is both the Head of State and government as well as the Commander-in-Chief of the Defence Forces, a Deputy President, and a prime minister, who is appointed by the President from the President’s party subject to approval by Parliament. The responsibilities of the prime minister must be clearly defined,” Mr. Mudavadi said.

Related Content:  Saitoti’s Widow Summoned By Court Over Alleged Child Abduction
Kenya Insights allows guest blogging, if you want to be published on Kenya’s most authoritative and accurate blog, have an expose, news, story angles, human interest stories, drop us an email on tips.kenyainsights@gmail.com or via Telegram
Related Topics:
Up Next