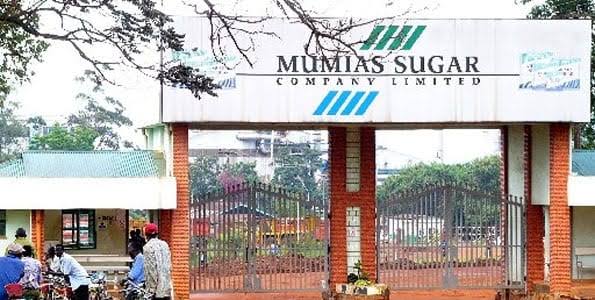 Law number 11 in 48 Laws of power advises them (politicians) “LEARN TO KEEP PEOPLE DEPENDENT ON YOU – To maintain your independence you must always be needed and wanted. The more you are relied on, the more freedom you have. Make people depend on you for their happiness and prosperity and you have nothing to fear. Never teach them enough so that they can do without you.”

Like politics of roads, its always on top of every politician’s eyeing seat – manifesto of which they fail deliberately to deliver so as to use it as a campaign tool for the next election to be re-elected to ‘wind up the job’.

Mumias Sugar Company is that politics of road in western kenya- the political heavyweights in the region uses it as a campaign tool being the focal economic point of the community. For every investor, they demand kickbacks and a ‘teamplayer’ investor to loot together with and exploit sugarcane farmers and workers to finance their campaigns.

It is no secret that a huge segment of Kenya’s political campaigns have consistently been funded with money earned by politicians from domestic sale of illegally imported sugar. When Contraband sugar saga exploded in the country and sugar baron Rai was hunted by long arms of government, Kenyans saw the standing ovation Rai recieved from Members of Parliament when he appeared before the taskforce formed to investigate him on the irregualarities. He recieved handshakes and hugs from the taskforce. A turn of events that left tongues waggling and so did they give him clear bill of health and innocence. 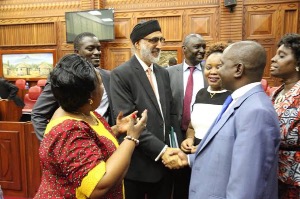 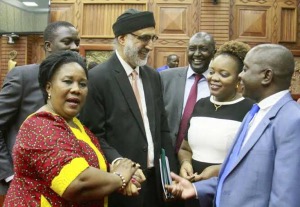 They served their master with the hot tea.

Mumias sugar company used to produce 60% of sugar needed in Kenya before it was looted dry and put under receivership of Ponangipalli Venkata Ramana Rao. The miller was in September 2019 placed under receivership by KCB Group  to protect its assets and maintain its operations.

At some point Farmers and millers claimed there were incidences of unlicensed importation of sugar from Uganda and Bungoma, Mukenya, Masbrago, New Adatia, Mahdhav, Kiminini, Wananchi Stores, Super Store Minimax, Misiku, Kitale, Cherangany and Jaralam as areas where the imports can be traced.

West Kenya had taken the lead with a market share of 30 per cent, while Mumias wasn’t listed. Butali followed with 16 per cent, Kibos Sugar 14 per cent, Sukari Industries 14 per cent and Transmara Sugar 13 per cent. State millers Nzoia, Muhoroni and Chemilil all recorded a dismal less two per cent.

Mumias and Nzoia were boxed in by three privates —West Kenya and Butali — allegedly enjoying the patronage of the President, and Busia Sugar Industries under alleged patronage of DP Ruto and their political cronies on the ground.

On a Friday 4, June 2021 morning, Kenyans woke up to a rude shock of turn of events when Steel billionaire Narendra Raval withdrew his bid in leasing ailing Mumias Sugar Company which hasn’t been operational for over two years.

The billionaire investor was planning to inject Sh5 billion to modernise the once giant miller after winning the bid and his reason for change of plans was after tremendous political interests after western Kenya politicians questioned the process and your guess for their interest if you understand language of sugar cabals in Kenya – Yes, The billionaire isn’t a man of kickbacks and has maintained a righteous career in his life since rise to stardorm.

The Devki Group chairman said his decision was made to protect his business name and reputation from being muddied in politics.

Eight firms participated in the leasing tender and Mr Raval was the front-runner on the strength of his financial muscle and track record of running industries, people with knowledge of leasing details said.  According to Rao, many of them did not pass the test of evaluation, which was based on the technical and financial capabilities of the investor. The technical capability was given priority over the financial capability (except to the extent that the investor was considered capable of funding the revival of the operations), as the most important aspect of the leasing is the revival of the operations and assisting the community by providing the employment, the Receiver manager notes.

“I was told that I am the winner, but it is unfortunate that I will not continue with the plans to invest at Mumias because of the new political twist that has questioned the process of selection,” he said in an interview.

“Given the ongoing public interest which the matter has attracted and the call for a publicly run bidding exercise, we have found it worthwhile to take out our application. We will however express interest should the exercise be conducted in consultation with all the stakeholders,” the Devki founder said in a statement.

The matter surfaced in the Senate, where Kakamega Senator Cleophas Malala challenged the government to provide details of the lease. In his statement, the senator pointed out that the purported deal did not explain who would clear the company’s outstanding debts, workers’ arrears and billions owed to sugar-cane farmers. The senator challenged the government to produce details of the correspondence on which the decision to lease the company was based, arguing the law might have been violated in the process.

Malala’s request followed a similar demand by Nominated MP Godfrey Osotsi, who had in a letter to Speaker Justin Muturi demanded an explanation as to whether the government, the County Government of Kakamega, shareholders and the Nairobi Stock Exchange were involved, considering the government has a 20 per cent shareholding in the sugar firm.

“Devki Group, which has no experience in the sugar industry, has actively lobbied to win the leasing tender in direct violation of the Public Procurement and Disposal Act,” Mr Osotsi said in the letter in which he further demanded that KCB directors and the government be invited to Parliament to shed light on the leasing process.

The MP expressed fears that Devki Group was only interested in exploiting scrap metal resources, land and other prime properties and had no intention of helping the miller get back on its feet.

Bungoma Senator Moses Wetang’ula argued that the Privatisation Commission should have looked into all the issues afflicting the miller and prepared a report that should have been tabled in Parliament before the lease was executed. “Will the new investor compensate farmers in Kakamega and Bungoma who for years have relied on the miller for their livelihoods?” he posed, demanding an explanation from the government on who would account for the Sh2 billion bailout package.

The hungry politicians from the region are blocking every investor who doesn’t offer kickbacks and promise no political coperation ahead of next year much awaited General election. Like every other region in Kenya, Western Kenya’s main economic activity and livelihoods has been dependent on Panpaper industry, sugarcane plantation and Sugar companies. Every politician wants to take credit for the revival of the fallen projects to gain political gangster points of the region and thats why every heavyweight in the region is parroting over the exclusion in the leasing of the Mumias sugar company.

Mulembe nation is the most divided region in Kenya politically due to selfishness of the political class. Over the years upto date majority in the region settle for Nyanza’s Kingpin and chief Opposition leader Raila Odinga as their favorite Presidential candidate despite having their own Musalia Mudavadi, Moses Wetangula and many more vying for the same.

Mulembe nation is united by food and divided by Money and selfish Politicians.

David Matsanga As A Treasure