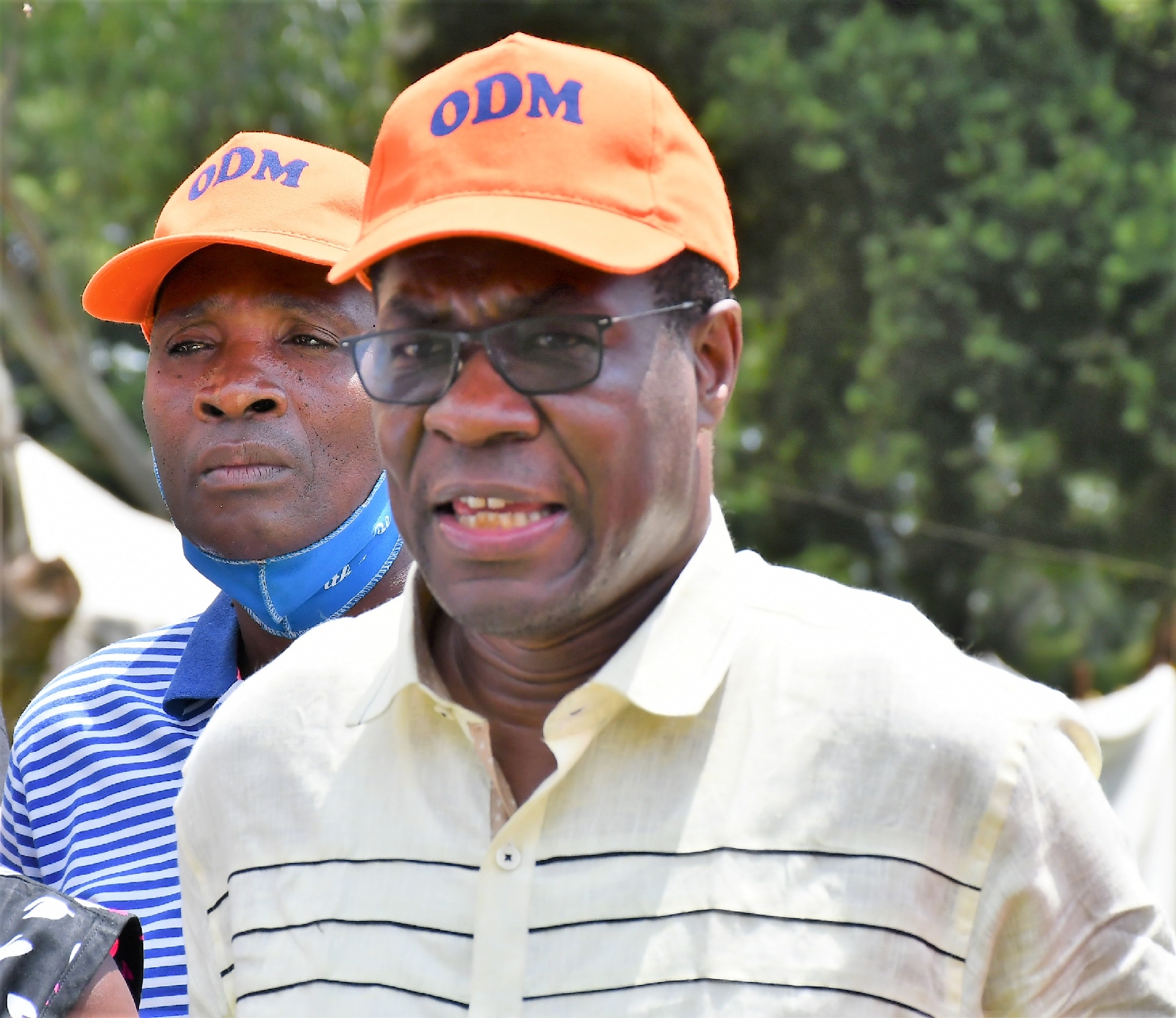 The Mount Kenya leaders who met recently and declared they would accept nothing short of the presidency in the 2022 elections should not be condemned, since they were exercising their democratic rights, ODM director of political affairs, Opiyo Wandayi has said.

Wandayi said freedom of expression, thought and conscience were enshrined in the constitution, and hence the leaders were justified in putting across their thoughts.

He was addressing the media at Sigomere trading centre in Siaya County after a meeting of the Ugunja sub county ODM branch officials.

A group of 50 legislators from Mt. Kenya were quoted in one of the local dailies today proposing that the region will not settle on anything less than the presidency during the next general elections.

Wandayi, flanked by the party’s county chairperson, Mrs. Emily Awita and Ugunja Chairman, Otieno Awange, said that ODM had embarked on preparations ahead of the forthcoming political season and was strengthening its grassroots organs.

“As a party branch, we found it necessary to prepare ourselves and put our house in order ahead of an eventful season in the calendar of our politics in this country,” said Wandayi who is also the Ugunja MP.

He said the party branch will mobilise the local youth to acquire identity cards and register as voters ahead of the proposed referendum for constitutional amendment.

Addressing the meeting, ODM director of membership and registration Rosemary Kariuki said the party was training the grassroots officials on recruitment methods.

Kariuki said the party will embrace both manual and digital methods of registration, where the ordinary membership subscription has been increased to Sh100 up from Sh10.

Jubilee Bows Out Of Msambweni Race, Advices Ruto’s Ally In The Race To Seek Another Party