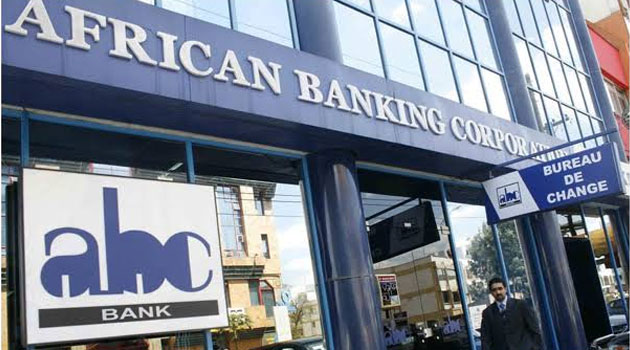 In 2013, David Sila Onyango used his family house valued at Sh60,000,000 as a collateral for a Sh13.6M loan from African Banking corporation limited (ABC) bank in which he was acting as a guarantor for a ABC bank client.

According to his statement seen by Kenya Insights, the Sh 7Million and Sh 6.6M OD facility advanced to Highflash Investment and Consultancy Libra House branch.

Initially, things went as planned, Highflash supplied goods to UNHCR ( sanitary pads ) worth Sh 6.6m which they were paid through ABC bank kes 8.2m and it is from here that he claims things started going wrong. “Instead of ABC retiring the OD facility they turned it into a term loan without me
being involved as a guarantor involved.” He says in his statement.

High flash walked out of the deal leaving the loan unserviced. Being the guarantor of the loan and his property in line, he was left alone to deal with the bank and had to fight to save his family home which he used as security.

He claims the bank coerced him into selling the property to settle the loan. He however opted not to do so and instead worked on a payment plan for the bank to recover the loan.

From the initial Sh13.6M loaned, he says he’s managed to pay Sh8.6M leaving with a balance of Sh5M only to clear the debt. However, he accuses the bank of being impatient and frustrating his efforts by going ahead to put up his property on sale.

As if that’s not enough, he’s accusing the bank of undervaluing and selling his land at a throwaway price of Sh38M while he had found a buyer who had agreed to buy it at Sh58M only Sh2M short of the initial price.

In a offer letter to Mr. Silas, a Mr. Peter Andala had offered to buy his property for Sh58M and the same was communicated to the bank. 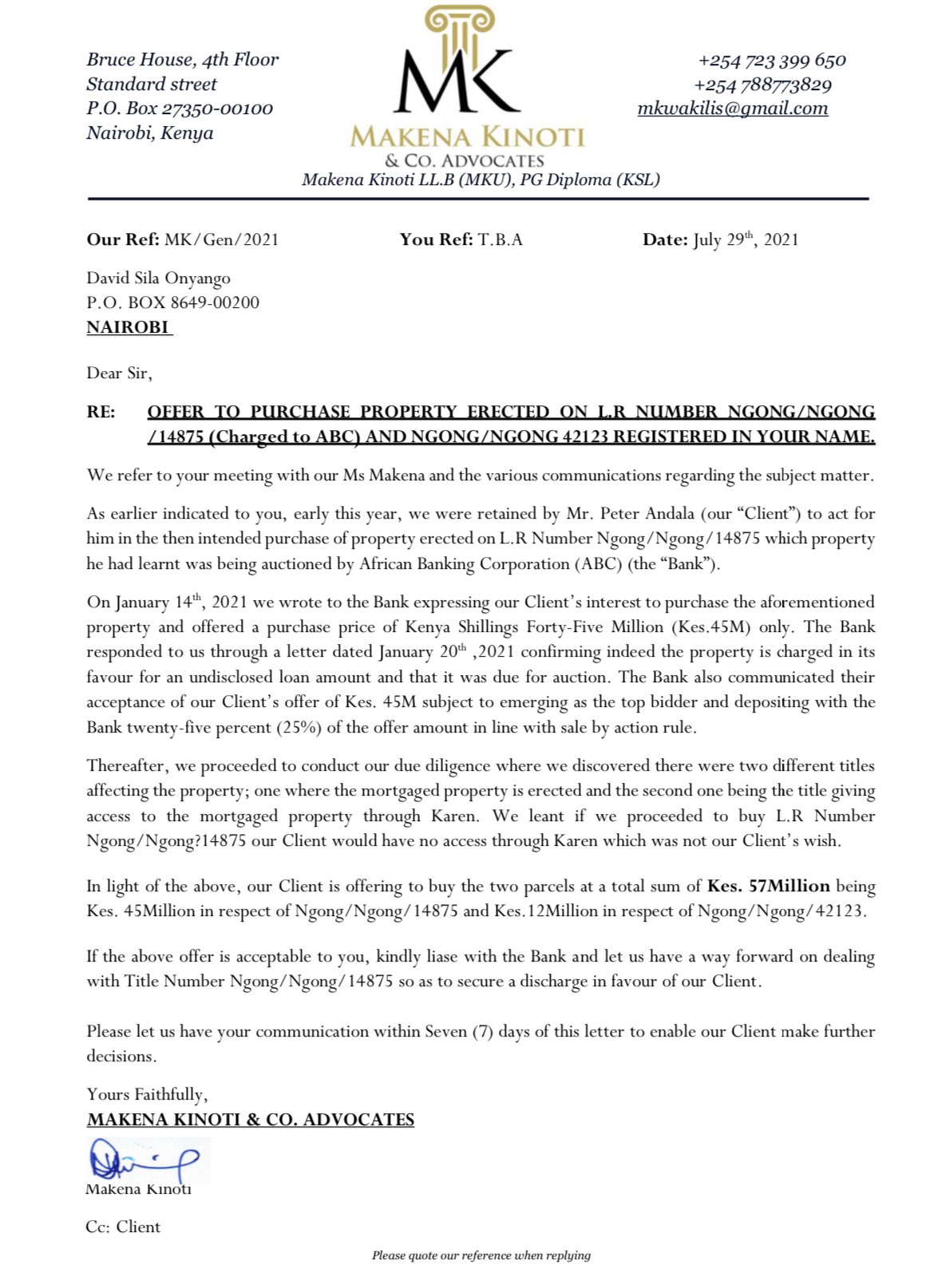 It came as a surprise to him that the property was sold to Metrokam Properties Limited, a company associated with Kasipul Kabondo MP Mr Charles Were Ong’odo for meager Sh38M leaving him wondering why the bank opted for a lower offer while himself had brought to the table a willing buyer with a higher price.

Mr. Silas rushed to court to stop the imminent eviction of his family from the property. On 20th September, Lady Justice Kiamongoi of Environment and Land Court, Milimani, issued an order of stopping the eviction.

This was ignored and his family was evicted. In his protest to what he terms as injustice, he was thrown behind bars from where he sent the distress call to the media.

There’s an ongoing case against banks and other financial institutions with auctioneers in the jurisprudence to be followed through ‘auctioning’ of properties.

According to experts, the auctioneers rules and practice, like any other controlled practise in the country. No one can perform the duties of an auctioneer but only a legally licensed auctioneer through the auctioneers licensing board.

Parliament enacted these laws to protect clients such as Mr David from illegally losing their properties through such deals. An auctioneers process provides a limit of up to more than 3months on immovable properties before selling through.

It remains unclear whether ABC produced a certificate of sale that effected the transfer if not this would deem the process illegal and unlawful.

Kenya Insights allows guest blogging, if you want to be published on Kenya’s most authoritative and accurate blog, have an expose, news TIPS, story angles, human interest stories, drop us an email on tips.kenyainsights@gmail.com or via Telegram
Related Topics:ABC Bank GroupBank Loan
Up Next