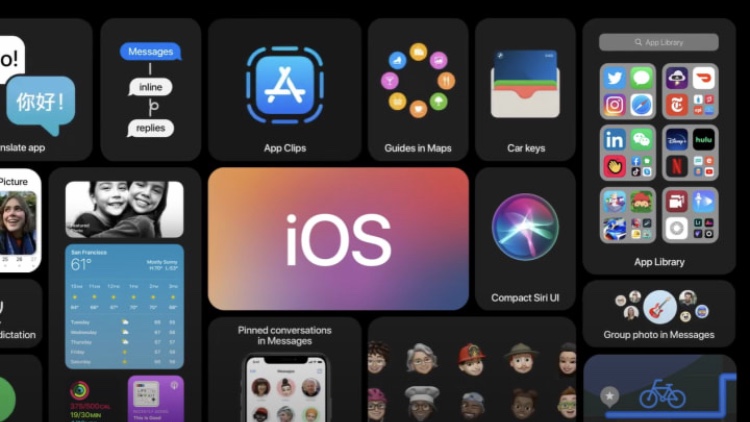 Apple announced new software for its iPhones, iPads, Macs, Apple TV and Apple Watch on Monday. It also said future Macs — including one that will launch later this year — will use chips made by Apple instead of Intel.

Apple said the transition from Intel will enable the company to offer faster performance on its laptops and desktops.

Apple also introduced iOS 14, the latest version of the iPhone software, which includes updates such as the ability to set a default mail app or browser app, a redesigned home screen, and new lightweight software programs called “App Clips.”

The new software was announced in a prerecorded video filmed at Apple’s campus. Apple CEO Tim Cook acted as a master of ceremonies, briefly introducing Apple employees to present new features. Apple’s WWDC conference is being held remotely this year due to the Covid-19 pandemic. In recent years, Apple has gathered 6,000 developers in San Jose, California, but this year, it is distributing videos and setting up calls instead of an in-person conference.

Before the presentation started, Cook addressed the current protests against racism including a mention of Apple’s $100 million program to fight racial injustice.

Here’s everything Apple announced during its WWDC 2020 keynote.

The latest version of the iPhone operating system includes a big change to the iOS home screen, including the ability to set default email and browser apps for the first time.
In iOS 14, users can pin widgets with updating information on the home screen, Apple said on Monday, including calendar and maps mini-programs. Previously, users could only include apps on an iPhone’s home screen. Users can drag a widget onto the iPhone home screen, where it will persist. Users can add new widgets from a gallery that shows the ones they have installed. Apple also introduced a widget that uses artificial intelligence to predict which data the user wants to see.

iOS 14 includes a new feature called “App Library” that automatically organizes apps. Users can also delete entire pages of apps in one tap, or see similar apps, like all of the games from Apple Arcade, using App Library.

iOS 14 adds several new features to the Messages app, including mentions, new Memoji features including an avatar wearing a face mask, and a new interface for group texts that enables threads to be pinned to the top of the app.

Here’s what else is new:

Developers can download the new iOS this week, and a public beta will be released in July, Apple said.

Gmail, Other Google Services Are Down Globally