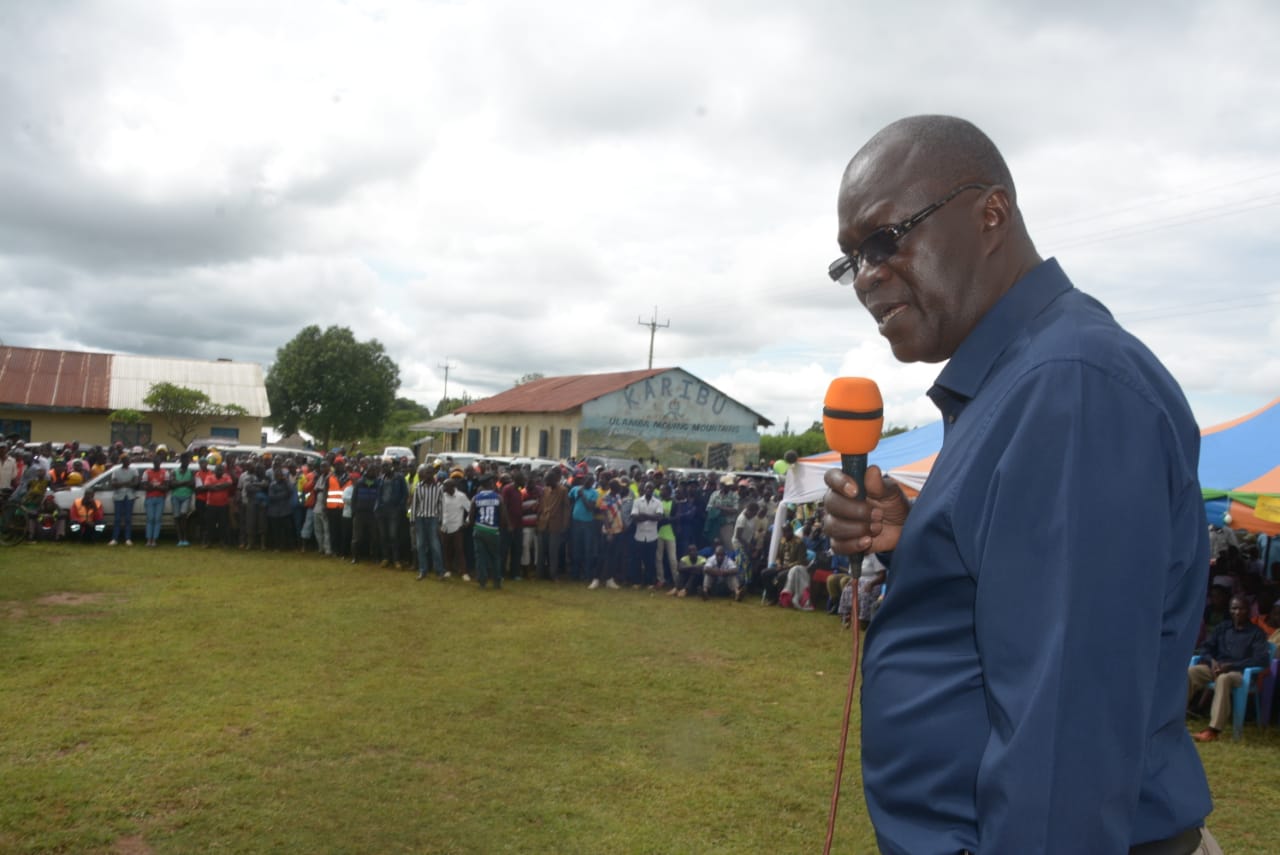 The committee appointed by governor Cornel Rasanga to probe he cause and process of inhuman burial of a Covid-19 victim in Siaya has been ordered back to the drawing board after submitting a “shoddy report.”

According to the Siaya governor, the team, led by the county executive committee member for governance, Dismas Wakla handed over its report following the expiry of the seven day ultimatum given to them.

Rasanga said that he was not impressed with the team’s work and ordered the members who included the county police commander, an Anglican priest and a family representative back to the drawing board.

The governor however refused to divulge details of the report when prodded by journalists. The team was formed after members of the public raised uproar over the manner in which the late James Oyugi Onyango, an ex-employee of the Kenya Ports Authority was hauled into a shallow grave deep in the night, moments after he died of the virus.

A video of the incident went viral, with disgusted Kenyans expressing concern over the manner in which health officials in Siaya handled the corpse. The matter has since been raised in parliament, with health cabinet secretary, Mutahi Kagwe apologizing on behalf of the government.

The deceased’s family has also moved to the court seeking orders to exhume the body and have it subjected to post mortem to determine the cause of the death.

Rasanga speaking at his Segere village home in Siaya Friday, during the launch of the county emergency relief support programme fund.
The governor said that the county will need about Sh. 300 million to address the effects of the pandemic for the period ending June, 2020.

The money, he said, will be used to purchase personal protection equipment for the health service providers and the most at risk, feeding the vulnerable members of the community and facilitation of various activities around the emergency response circuit.

He appealed to well-wishers to help fill the resource gap and supplement the efforts of the county and national governments.

He announced the opening of a bank account at the Siaya Kenya Commercial Bank branch, No. 1273246535 where financial support could be channeled.

The account, he said, will be operated jointly by the Kenya Red Cross Society and the Siaya Kenya National Chamber of Commerce and Industry, adding that no official from county or national government will be a signatory.

During the occasion, county executive committee member for health and sanitation, Dorothy Owino said the county had so far screened over 300,000 travellers entering or leaving Siaya County.

She said that 575 people have been tested for Coronavirus out of which two had tested positive.
Owino said her department had trained 1,112 health care workers on how to handle Covid-19.

During the occasion, Smart Start Siaya programme, which is run by the office of the Governor’s wife, Rosella Rasanga donated an assortment of masks, sanitizers and three tons of enriched porridge flour for infants.

Related Content:  Luiz Suarez Apologizes To The Reds
Kenya Insights allows guest blogging, if you want to be published on Kenya’s most authoritative and accurate blog, have an expose, news, story angles, human interest stories, drop us an email on tips.kenyainsights@gmail.com or via Telegram
Related Topics:
Up Next

Kenya Has Ordered 379,000 Tablets Of Hydrochloroquine From India As Option For Coronavirus Treatment