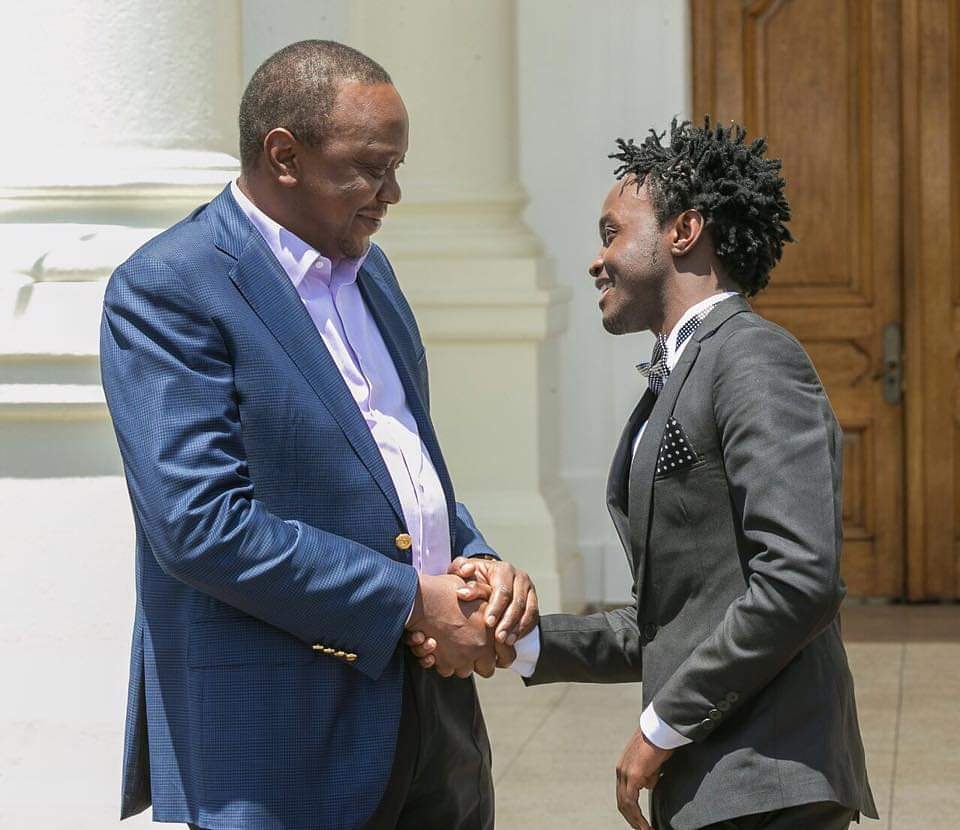 At one point, Bahati was one of the most valued gospel acts in Kenya, so valued that he earned himself high rate gigs including one with the statehouse. If memory serves you right, you’ll remember how at one point Bahati ‘dethroned’ Uhuru from his seat while singing and ‘seducing’ the first lady Margaret.

Time has moved and the once envied musician has become a public nuisance thanks to whatever he’s consuming and courting media attention by hell and crook.

Lately, the attention seeking act has flooded the internet with his wife and going as far as performing homosexual acts by transforming himself into a woman in a viral video that attacked harsh criticism even from his fellow musicians.

Back to Uhuru’s story, Bahati had apparently been promised goodies with the President and none of that has been forthcoming. According to his latest update, he says, “Wacha Ni #FlashBack Siku Mudosi Aliniambia atani Support Hadi Ni achieve My All My Musical Dreams 😭😭😭 BADO NANGOJA 😊.” He insinuated.

Bahati in his latest obsession with controversy went as far us throwing shade at Willy Paul alluding that he used to be his song writer. The two haven’t been at par of late.

Bahati in his strategy is definitely over stretching is luck.

Kenya Insights allows guest blogging, if you want to be published on Kenya’s most authoritative and accurate blog, have an expose, news, story angles, human interest stories, drop us an email on tips.kenyainsights@gmail.com or via Telegram
Related Content:  Desperation: Cornered Government Now Engages High Propaganda Machinery To Discredit SGR Protests
Related Topics:
Up Next