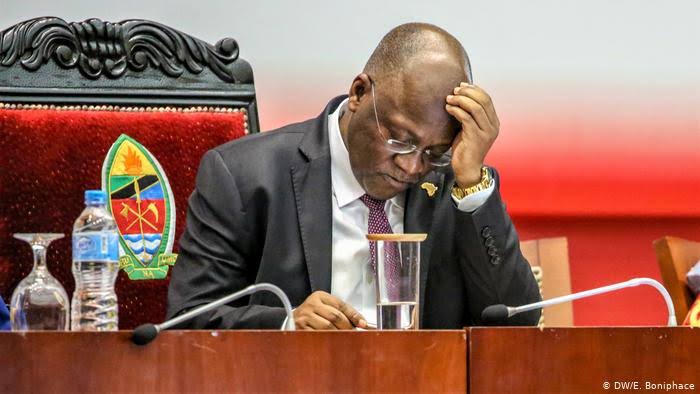 Tanzanian President John Magufuli has called on citizens to turn to God and to keep the economy turning, but as coronavirus cases creep up, calls are rising for the country to take stronger action.

While countries across Africa have imposed curfews, partial and full lockdowns, Tanzania has resisted such measures. Schools and universities have been shut but markets, bus stops and shops bustle as usual.

Magufuli, who called for three days of prayer from last Friday to fight the virus, is one of a handful of world leaders still brushing off the seriousness of the disease.

“This is time to build our faith and continue praying to God and not depending on facemasks. Don’t stop going to churches and mosques for prayers. I’m sure this is just a change of wind and it will go like others have gone,” Magufuli said at a church in Dodoma last month.

He reiterated his message on Good Friday, last week, saying God would protect Tanzanians from the virus. 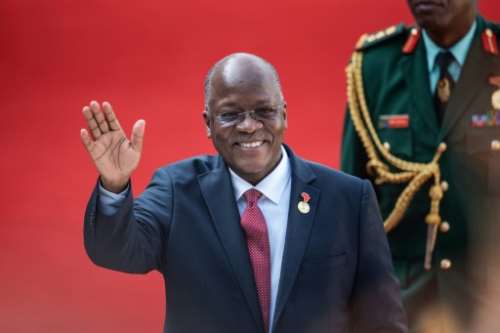 Tanzania recorded its first case of coronavirus on March 16 — and in the past week numbers have leapt from 32 to 147, with five deaths.

African countries have lagged behind the global curve, and many took fast and strict measures to curb movement, however cases are rising across the continent.

“I am not happy about the lack of seriousness by the government, lack of transparency on the data of cases and deaths, and state of denial the president has on the pandemic,” an opposition MP, Zitto Kabwe, who is also the leader of the ACT Wazalendo party, told AFP.

Kabwe has proposed a partial lockdown of Dar es Salaam, Arusha, Mwanza and the capital Dodoma, and also a total lockdown of the tourist hotspot and semi-autonomous island, Zanzibar.

However, Magufuli has encouraged Tanzanians to continue working as usual, while encouraging them to avoid “unnecessary gatherings”.

“Let us continue working hard to build our nation. Coronavirus is not and should not be a reason for us not working. Farmers should utilise the ongoing rains effectively, industrial owners should continue producing and I don’t expect any development project to stop,” he said.

“Coronavirus should not be a reason to destroy our economy at all.”

The country’s economy has already been hard hit as tourists who flock to see its wildlife and beaches, have stopped coming. Tourism is the country’s top foreign-exchange earner.

On the streets of the commercial capital Dar es Salaam, citizens say they fear the virus and are doing what they can to avoid it while continuing to make ends meet.

“What I normally do is to ensure my passenger washes their hands before getting on the motorcycle. The challenge is that I have only one helmet for passengers, who share it,” said Hemedi Masoud, a motorcycle taxi operator.

He and other so-called “boda-boda” drivers park their bikes in a crowded area thronged by petty traders and pedestrians.

“I really fear coronavirus disease and it is risky here but there is no way I can avoid coming. My family needs something to eat and this is where I earn my daily bread,” said Masoud.

The government has banned buses from taking more passengers than the number of seats they contain, but this has only created bigger crowds during rush hour.

Like many poor people across the continent — even in countries which are trying to impose lockdowns — staying at home would be a grim option for many Tanzanians.

“I don’t pray for lockdown in Tanzania because we may escape coronavirus and die from hunger at home. Life has to go on and God will protect us,” said Anna John, a food vendor in the city.

Miriam John, who sells shoes, said some of her customers did not want to wash their hands but she has “no option because I need their money.”

“No lockdown because he (Magufuli) wants to save the economy and his flagship infrastructure projects. The lives of our people cannot be repaired but the economy can! Lockdown or get locked out!” the chairman of the opposition party Chadema, Freeman Mbowe, posted on Twitter on Saturday.

Some experts have questioned the approach of lockdowns in Africa, where millions of urban poor live hand to mouth, but instead call for solutions such as mass testing or government support to the vulnerable.

Neighbouring Burundi has also allowed life to proceed as normal. Both countries have presidential elections this year, Burundi in May and Tanzania in October.

Covid-19: Oil Is Trading Below Zero Across U.S. For The First Time In History