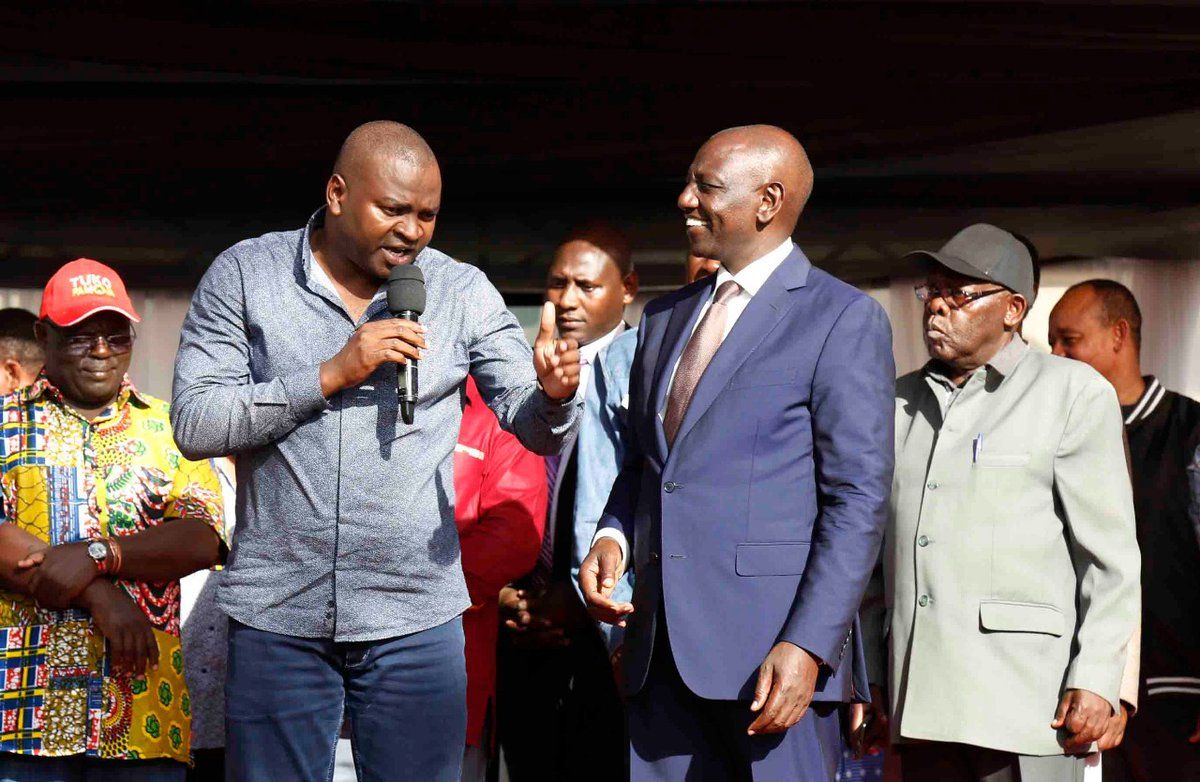 The Jubilee Party purge has triggered a dramatic falling out within Deputy President William Ruto’s camp in Western Kenya.

His allies are now questioning his silence in the wake of their removal from various positions.

Former Sports Cabinet Secretary Rashid Echesa drew first blood Wednesday when he lashed out at the DP for his silence after Tuesday’s sacking of Mumias East MP Benjamin Washiali as the Majority Whip.

“I am sure if Mr Ruto had pleaded with the President, Mr Washiali would have survived the axe,” Mr Echesa said.

He added: “There has been talk about Mr Atwoli and Oparanya pushing for the changes, but I never saw them at State House. The person I saw was the Deputy President and unfortunately, he didn’t raise a finger on the fate of Mr Washiali”.

The former CS, who is facing criminal charges related to an arms procurement scam, spoke a day after a Jubilee Parliamentary Group meeting made changes to the majority leadership in the National Assembly.

Mr Wangwe took office with gusto, extending the purge to 16 MPs. He issued the legislators allied to the DP with letters notifying them of the party’s intention to remove them from various House committees.

Among those issued with the letters was Kikuyu MP Kimani Ichung’wa, whose position as the chairman of the Budget and Appropriations Committee now hangs in the balance, unless, of course, he shifts his loyalty to the President in the next seven days.

On Wednesday, Mr Wangwe refused to speak about the changes arguing that he is yet to be confirmed into his position by the Speaker.

But Echesa was unrelenting.

“The DP is the General, and we have been fighting for him. I can’t understand how a General can abandon his troops and remain silent when they are being purged the way we have seen in Jubilee Party,” he said.

According to Mr Echesa, DP Ruto is silent because he thinks he will exploit the sackings in 2022. The DP, he said, had calculated that the sackings would cause anger within the community’s political elite, to his advantage.

He told the DP that he will be disappointed if he expects a fallout within the luhya leadership.

But Mr Washiali rejected the assertion and defended the DP against the claims, noting that the former CS does not understand how the “system” works.

He didn’t not elaborate on what he meant by the “system”, but claimed that he had been shown the door for refusing to execute “dirty” work for some powerful forces in Jubilee.

“The problem is not me; it is my conscience,” he said. “You have seen my successor do funny things like the ones Mr Irungu Kang’ata is doing in the Senate, removing people from committees without any valid reason. That is what I refused to do and that is why I am being punished.”

He said he had done his best during his time in the office and insisted that no one can assume ownership of a public office.

“The office can be taken away any time as it happened. I was prepared for that eventuality,” he said. Using a metaphor of a football team, Mr Washiali argued that even best scorers are rested after scoring goals.

“You score and the coach rests you because he is preparing for the next match. I have a future to look forward to. This is the start of a journey,” he said.

Describing the Mr Odinga as a stranger in Jubilee, Mr Washiali said the Handshake was a sinister move aimed at humiliating MPs allied to the DP.

“He (Mr Odinga) is a stranger who came to our house to get a go at our parents. To do that, he must obliterate all the children” he said, when he addressed the media at the home of Bungoma Senator Moses Wetangula.