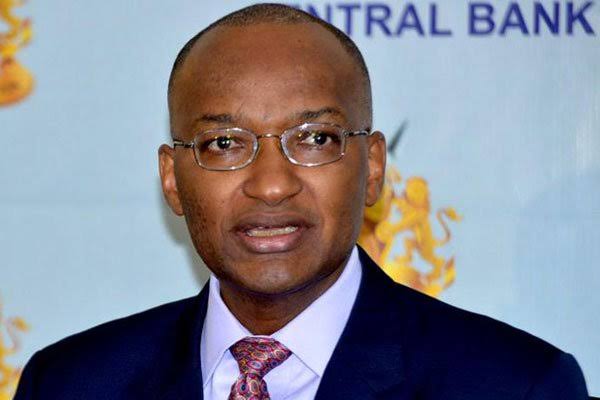 In February this year 2020 — A forensic investigator traced Sh3.4 billion in eight bank accounts linked to former Imperial Bank managing director Abdulmalek Janmohamed who is accused of being behind an elaborate fraud scheme that robbed the lender of Sh34 billion over a period of 13 years.

The Kenya Deposit Insurance Corporation (KDIC) told the court that the accounts were opened using fictitious names under the direction of Mr Janmohamed, who died in September 2015—just a month before the lender was placed under receivership.

Court documents show that the late Janmohamed and his associates used 12 companies to open accounts at Imperial Bank into which they deposited massive amounts that were then moved out of the bank before they were immediately closed.

The transfers were made by a section of the bank’s top managers, including current managing director Naeem Shah and his deputy, James Kaburu. The duo would then manipulate software systems at the bank to ensure the dummy accounts disappeared from the records.

The accounts were in the names Zulfikar Jessa, Zarina Mohammed, Angelica Industries Ltd and Barkat Khan, which court documents show were fake names.

“The bank claims jointly and severally against the deceased estate and the 2nd, 5th and 6th defendants the sum of Sh3.4 billion which amount was illegally and fraudulently received in trust from the SB accounts, which accounts is made up as follows,” says KDIC in court documents.

Court documents did not reveal the banks hosting the eight accounts, which have nearly 10 percent of the cash believed to have been siphoned from Imperial Bank.

Proceeds of the fraud were mainly invested in real estate properties, offering fresh insights into the role that corruption and crime plays in driving Kenya’s housing market.

Mr Janmohamed left a vast estate, including prime real estate properties, shares in blue chip companies and loads of cash in various banks. The suit has also revealed a gigantic empire that Janmohamed left behind, which includes a five percent stake in Butali Sugar Mills and another five percent of Imperial Bank.

Other prominent companies he had a stake in are Old Mutual and Apex Securities. He also had shares in Sandview Properties, Allgate Limited, Serenity Limited, Plymouth Holdings, Upperview Properties, Downtown Holdings and Nature Stone Queries.

One of his companies, City Park Properties, owns office premises that rake in a total of Sh447,000 monthly. The Imperial Bank founder’s cash was saved in four bank accounts, one each at I&M Bank and National Bank of Kenya, and two at Standard Chartered Bank.

The Standard Chartered accounts were in foreign currency. Mr Shah and Mr Kaburu, despite revealing the scam to the Central Bank of Kenya (CBK), had not been spared as they were among the respondents in the suit. They admitted to making the illegal transfers but claim they did it on instructions from Mr Janmohammed.

E. Tilley (Muthaiga) Limited alone admitted to receiving Sh10 billion from the bank and has expressed readiness to return the loot.

The Bench of three judges of Principal Judge Monica Mugenyi, Audace Ngiye and Charles Nyachae ruled that it saw no reason to compel Dr Njoroge to appear as a witness at the Arusha-based court because he was not the custodian of the documents sought to be produced hence spared the agony of appearing before the East African Court of Justice to shed light on fraudulent activities at Imperial Bank Limited (IBL), which led to the collapse of the lender in 2015.

In the case, Pontrilas Investment Limited, a depositor at IBL, has accused CBK of laxity or possible involvement of its officials in the Imperial Bank fraud.

The depositor wanted Dr Njoroge called to produce documents and shed light on the regulatory role played by CBK and why the banking regulator failed to discharge its role as required.

The CBK placed the bank under receivership in October 2015 after the board of the mid-sized lender alerted it about alleged malpractices.

Former executives of the collapsed bank have been charged with involvement in a conspiracy to defraud the institution and depositors of Sh29 billion.

Related Content:  DCI Kinoti Has Closed In On A Sh34B Theft

The judges said some of the documents sought from the Governor by Pontrilas Investment Limited were in the custody of CBK’s supervisory department, which has competent officers to bring them to court.

The judges also faulted the company for failing to state with specificity, the documents they wanted Dr Njoroge to produce.

“In our view, such a broad categorisation of the documents depicts non-knowledge of the specific documents required, lending credence to the possibility of a fishing expedition,” the court said. Pontrilas said the CBK had failed to meet its promise of recovering lost deposits, arguing it was doubtful about its savings.

The firm argued that Dr Njoroge’s presence would enable the judges understand the issues before court in relation to its regulatory functions and failures.

In June 2016, Imperial Bank directors sensationally claimed that senior CBK officials, who were complicit in fraudulent transactions, had become an obstacle to the bank’s restructuring and revival as part of a cover-up.

Sh92 million procurement irregularities that could worsen the woes of impeached Governor Anne Waiguru before the Senate.