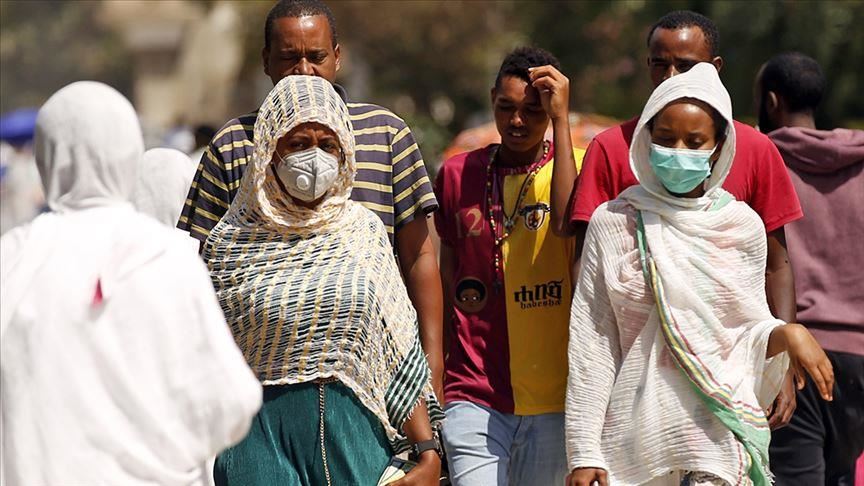 Experts have warned against any complacency in Africa, although the coronavirus pandemic has so far produced relatively few reported deaths on the continent.

Speaking to Anadolu Agency, Deputy Director of the Africa Centers for Disease Control and Prevention Ahmed Ogwell Ouma said the quick response by different countries and less mobility of people in the continent has so far saved the continent.

“Africa is different because we started acting quickly. When we saw the pandemic spreading, we began to prepare. And governments began to put in place mechanisms to identify those who may have the disease, to test them and to follow up those who may have been exposed,” he said.

Ouma said due to past experiences that have devoured many lives in African countries, they started early, unlike much privileged European and American counterparts.

He said the less mobility of people and the absence of a rapid transport system also made a difference.

“The second difference is that in Africa the modes of travel as not the same as the rest of the world. Someone in Addis Ababa is unlikely to go outside the city frequently. And the modes of transport are poor. In other parts of the world, air travel is the most common means. And people travel quite frequently, which also made the virus to travel fast,” said Ouma.

He, however, cautioned that it was not time to celebrate as the continent is not completely out of danger.

“We must remain vigilant to make sure we do not have many infected people. It will be a disaster in the continent, “he said.

The top expert also complained that lockdown across the continent has also affected medical and other supplies. He said there was a need to start solidarity flights to transport supplies.

Of the five regions in Africa, northern Africa has taken over southern Africa as the most affected both in terms of cases and deaths. According to U.S.-based John Hopkins Coronavirus Resource Centre, Egypt has so far reported 3,490 infected cases with 264 deaths, while South Africa registered 3,465 cases and 58 deaths.

East Africa has been least affected so far. Djibouti, with a population of 958,920 has registered 945 cases, while its neighbor Ethiopia with 110 million population has so far 114 confirmed cases.

Like all over the world, Africa is also likely to witness a sharp decline in productivity, loss of jobs and revenues to the pandemic.

“As engines and drivers of economic growth, cities face considerable risks in light of COVID-19 with implications for the continent’s resilience to the pandemic,” said Thokozile Ruzvidzo director of the Gender, Poverty and Social Policy Division of the United Nations Economic Commission for Africa.

“The effects are likely to be severe in urban areas. The urban economy [manufacturing and services] currently account for 64% of GDP in Africa,” said Ruzvidzo.

Firms and businesses in African cities are highly vulnerable to COVID-19 related effects, especially SMEs which account for 80% of employment in Africa.

“Additionally, urban consumption and expenditure [on food, manufactured goods, utilities, transport, energy, and services] are likely to experience a sharp fall in light of COVID-related lockdowns and reduced restrictions,” he said.

Related Content:  Dr. Misango: Covid-19 Is Not A Deadly Disease, It Has Been Made Deadly For A Reason
Kenya Insights allows guest blogging, if you want to be published on Kenya’s most authoritative and accurate blog, have an expose, news TIPS, story angles, human interest stories, drop us an email on [email protected] or via Telegram
Related Topics:
Up Next