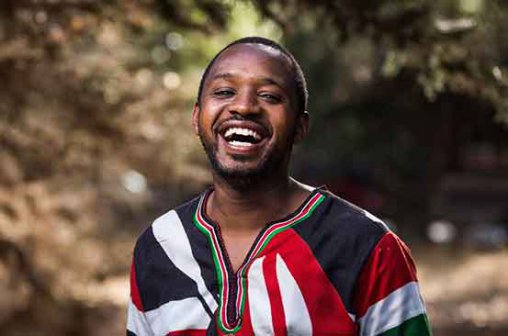 Chicken slowly and steadily coming home to roost, the defiant and team courage activist, Mwangi has been on a roll and scheming at the same time. Seen as a thorn in Jubilee’s administration, Boniface has stuck out as a fierce critic of the Uhuru regime with unfiltered hurls that have dealt a significant blow to the legitimacy of the system.

Boniface who doesn’t shy off from laying his malaise towards the regime, whether feigned or genuine, is a force to reckon with especially in the civil society. He has successfully organized and executed great demos from Langata land grab by DP Ruto of Weston Hotel to numerous anti-corruption wars. Mwangi is known for being chills deprived when it comes to launching missiles towards the Jubilee government.

Currently, the activist who’s been hinted by sources as an FBI, CIA agent in the country, has been entangled in bruising legal tassel with the Deputy President who sued him following comments he made on social media linking him to go the murder of Jacob Juma who by the way primarily mentioned him as a schemer in his assassination plot.

Reports reaching Kenya Insights desks indicates that the activist is getting into active politics and for a start will be registering his political party to alienate him from the traditional tribal parties. KI is told there’s a bright scheme hatched by Jubilee big dogs who’re pushing and funding the activist in rolling out his new ‘independent’ party.

Just as Moi secretly supported the formation of numerous political parties to water down opposition parties to sail in power, impermeable sources talking to Kenya Insights say Mwangi has been planted by Statehouse rulers who’re determined to ensure steady soiling and fall of the Deputy President, Ruto. They’re funding his legal pursuit against the DP who pressed defamation charges.

Our highly held sources tell Kenya Insights that the lethal activist is eyeing Makadara Constituency as his destiny. This according to his advisors, will give him entrance into parliament and eventually a favorable platform to influence humanitarian policies.

Boniface getting into politics ignites memories of another Okiya Omtatah another commercial and activist for hire who unsuccessfully vied to capture the senatorial position in Nairobi that went to thuggish Sonko. Politics and activism are distinct and if Mwangi is going to penetrate the membrane is just buy a matter of time to tell.