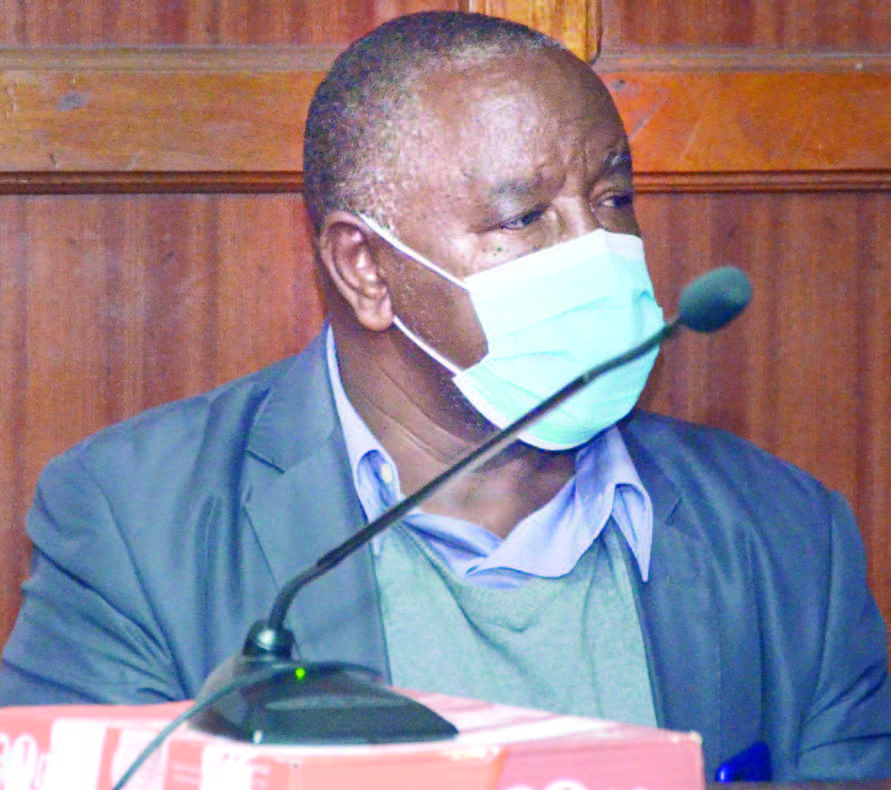 Former High Court Judge Robert Mugo Mutitu was yesterday arraigned in a Nairobi court over a Sh6.8 million fraud case. But Mutitu did not answer to two charges against him, instead pleading for more time to settle the matter out of court.Mutitu will be remembered for his stint at the High Court’s Criminal Division in then President Daniel arap Moi’s era. He handled the murder case of former Kilome MP Tony Ndilinge (shot dead in August 2001) and that of two students charged with the March 2001 Kyanguli Secondary School fire which claimed scores of lives.He did not answer to the fraud charges, instead pleading to settle the matter out of court.Through lawyer Karathe Wandugi, Mutitu urged Milimani Chief Magistrate Wendy Kagendo to let him settle the matter out of court with complainant Jane Wangui Wahome. “I urge the court to indulge the accused, who is a former judge, to conclude negotiations of resolving this matter which is civil in nature,” the lawyer said.Wandugi told the court that the Constitution encourages Alternative Dispute Resolution (ADR) mechanisms to avoid clogging the court system.The lawyer accused the prosecution of rushing the matter to court instead of referring it to Law Society of Kenya’s (LSK) disciplinary committee.He told the magistrate that the accused has been practising law for many years and knows the consequences of meddling with a client’s property.But State prosecutor Anderson Gikunda opposed Mutitu’s application, saying the matter had dragged on for long and it was time it was resolved, one way or another.In her ruling, Kagendo granted Mutitu his request to differ the plea to enable him resolve the dispute. She directed that the matter be mentioned on July 6, 2022, either to take plea or for termination.The former judge was released on a bond of Sh500,000, or a cash bail of Sh100,000.Mutitu’s partner at the law firm, John Njoroge Thiong’o, was also summoned to appear in court to face similar charges.The charges against the duo state that, being agents of Wangui, they stole Sh6,850,000 entrusted to them for purchase of land in Nairobi. They are alleged to have committed the offence on diverse dates between April 22 and May 19, 2021.Mutitu was among 23 judges shown the door in mid-2000s during the famous “radical surgery” of the Judiciary to weed out corrupt officers in the first term of then President Mwai Kibaki (now deceased).

Related Content:  Sudi’s KCSE Certificates Are Forgeries, KNEC Tells Court
Kenya Insights allows guest blogging, if you want to be published on Kenya’s most authoritative and accurate blog, have an expose, news TIPS, story angles, human interest stories, drop us an email on [email protected] or via Telegram
Related Topics:Judge Robert Mugo Mutitu
Up Next