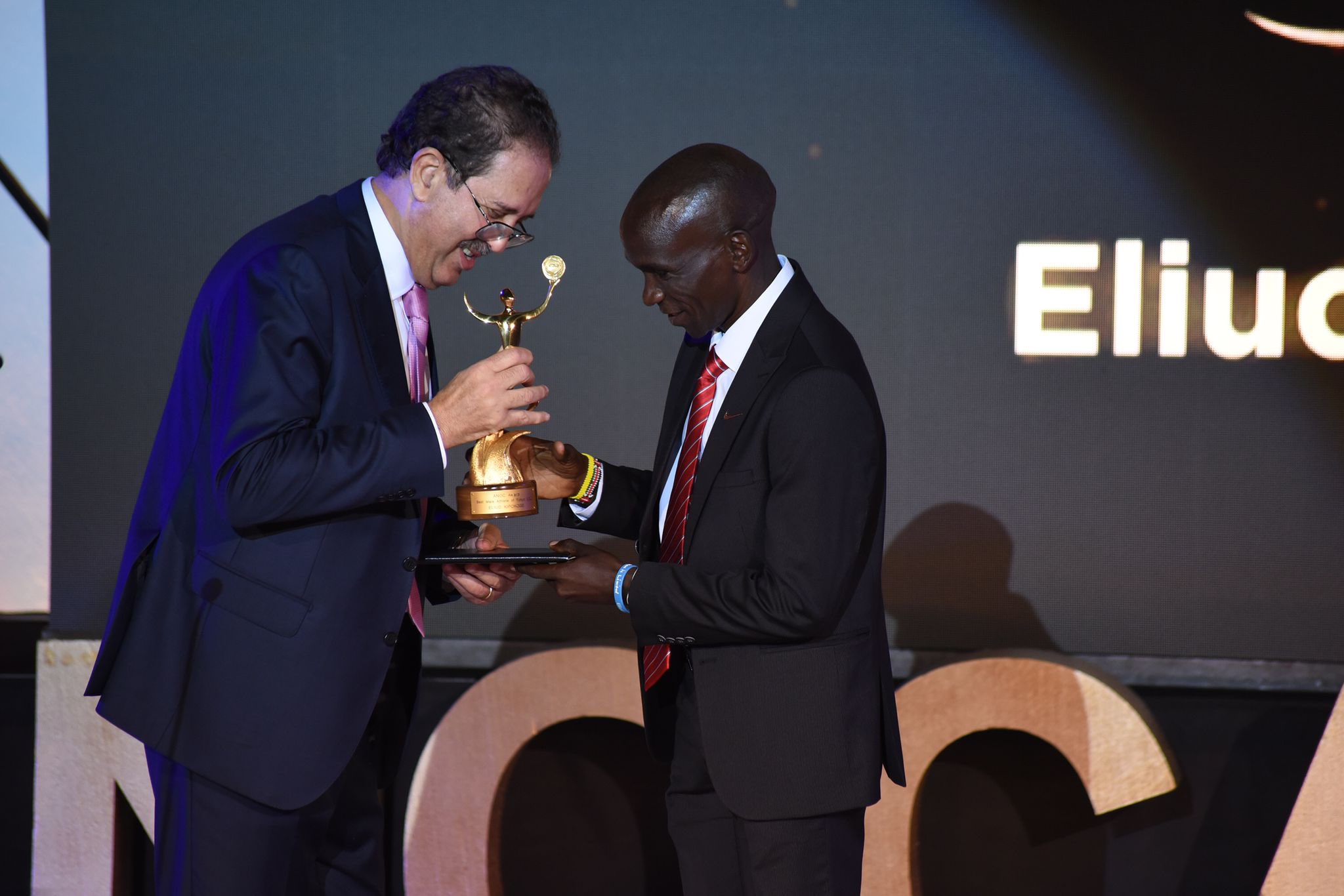 Eliud has been awarded for his marathon gold medal at the postponed Games that were held in Tokyo, Japan July-August 2021.

He successfully defended the gold medal he won in  Rio Da Janeiro,Brazil during the 2016 Olympics.

Eliud was awarded by the president of Association of National Olympics Committee of Africa, Mr. Mustapha Berraf at the Open Air Theatre of the Creta Maris Beach Hotel.

Kenya Insights allows guest blogging, if you want to be published on Kenya’s most authoritative and accurate blog, have an expose, news TIPS, story angles, human interest stories, drop us an email on [email protected] or via Telegram
Related Content:  Court Allows DCI, DPP To Investigate Nick Mwendwa Over Fraud Deal
Related Topics:ANOCEliud Kipchoge
Up Next