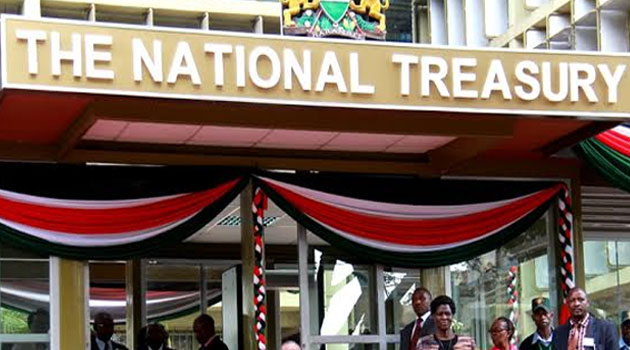 A deputy director of external resources at Treasury has been barred from collecting rent from houses in Matungulu, Machakos County that is being targeted for forfeiture to the government.

Anti-Corruption Court Judge Esther Maina barred Charles Muia Mutiso from demanding, collecting or receiving monthly rental income from the houses, pending the determination of the case filed by the Ethics and Anti-Corruption Commission.

In the ruling, the court allowed EACC to appoint a receiver for the collection of the rental income, the management and control of the property known as LR No. Matungulu Sengani/3503.

The house consists of six units of two bedrooms each. The court further restrained Mutiso, his agents, servants or any other persons from selling, charging or dealing with the property, which property valued at Sh8 million and another parcel in DOnyo Sabuk, valued at Sh3.5 million.

“An order of injunction is hereby issued restraining Charles Mutiso, his agent and servants from transferring, disposing, wasting or in any other way dealing with motor vehicle Toyota vanguard KCH 393M,” court ordered.

The court directed Mutiso to surrender the logbook of the said motor vehicle to the EACC within seven days, failure to which the commission shall be at liberty to seize, tow and detain it.

The Judge ruled that EACC had demonstrated a prima facie case and that it shall suffer irreparable loss which cannot be compensated by an award of damages, if the order was not granted.

“It is also in the public interest that the assets of the subject matter of the suit be preserved pending hearing and determination of the recovery proceedings,” observed the judge.

The commission moved to court to restrain Mutiso from dealing, selling or transferring the assets which are under investigations over suspicion that they are proceeds of crime.

However, Mutiso filed at the High Court seeking for an order allowing him to access and deal with his five parcels of land in Nairobi and Machakos counties.

He claims that the monies in the bank accounts and the properties were not obtained through corrupt conduct or illegitimately, as alleged by the EACC, adding that he can account how he acquired his wealth.

Mutiso, the Deputy Director External Resources at The National Treasury is said to have Sh36.7 million deposited in four different bank accounts within five years.

“Investigations further established a pattern of frequent large cash deposits made mostly through the ATM or the drop box. For instance, in June 2015, he made five cash deposits of Sh400,000 each into his account at Absa Group account amounting to Sh2 million over just few days,” EACC says in a brief on their investigations.

The anti-graft body raised eyebrows over the cash since the Treasury official earns a monthly net salary of Sh118, 691- which amounts to Sh7.1 million within the period in question.

All his bank accounts have since been frozen due to what the EACC terms as a “huge disproportion” between his assets and known legitimate income.

The period in question is between April 2015 and April 2020 when it is alleged “that he amassed wealth through misappropriation and embezzlement of public funds.”

“Analysis of the flow of funds in his bank accounts revealed that he received numerous unexplained inward remittances, EFTs and cash deposits outside his salary from the National Treasury.”

Mutiso joined the National Treasury as an Economist in July 2002.

In the course of his employment, he has served and travelled a total of 50 times to various countries representing Kenya.

Kenya Insights allows guest blogging, if you want to be published on Kenya’s most authoritative and accurate blog, have an expose, news TIPS, story angles, human interest stories, drop us an email on [email protected] or via Telegram
Related Topics:Anti-Corruption Court Judge Esther MainaCharles Muia MutisoEthics and Anti-corruption Commission (EACC)
Up Next