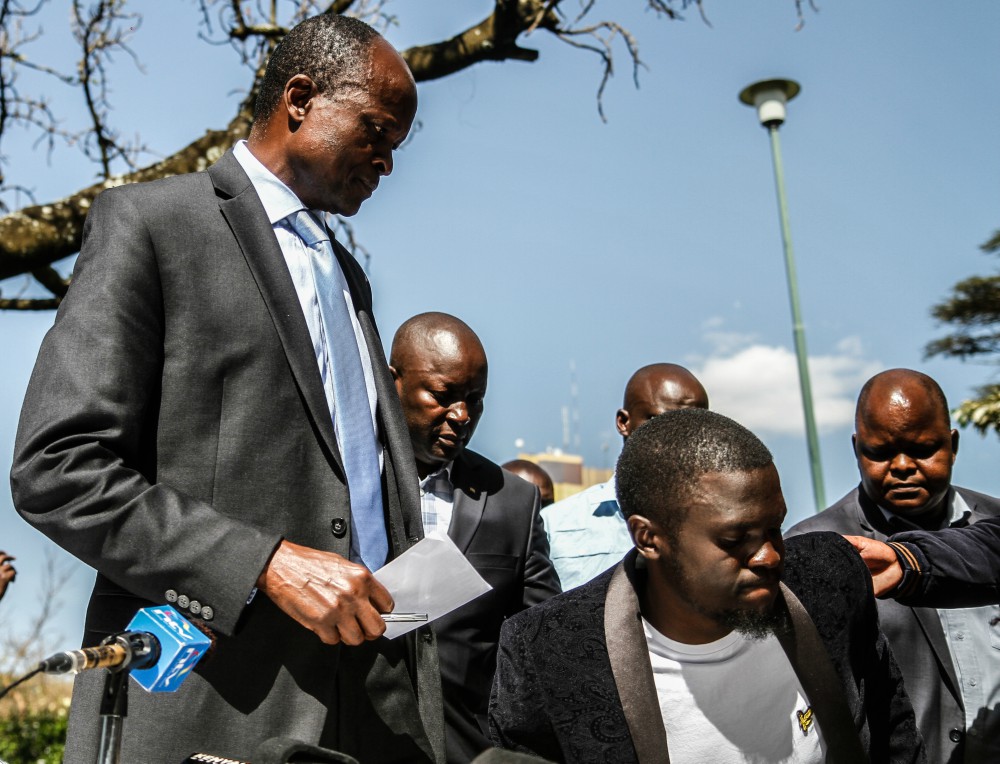 Migori Governor Zedekiah Obado is once again set to spend nights behind bars after the DPP gave an approval for his arrest together with 23 others including his four children.

According to Haji, Obado used proxies to embezzle Sh73.4M of county funds. It’s also alleged between 2014-2017 Obado used his children’s bank’s accounts to receive money from the county.

DPP Noordin Haji gives a go a head for the prosecution of Migori Governor Zachary Okoth Obado in relation to embezzlement of Kshs. 73.4 million belonging to the county.#AntiCorruption_ODPP pic.twitter.com/e1bgH18Twi

“The audit trail of the money revealed that companies wired Sh39 million to the governor’s children accounts which was used to pay school fees, upkeep and medical bills in Australia, Scotland and the UK, ” Haji statement reads in part.

Kenya Insights allows guest blogging, if you want to be published on Kenya’s most authoritative and accurate blog, have an expose, news TIPS, story angles, human interest stories, drop us an email on tips.kenyainsights@gmail.com or via Telegram
Related Content:  Representatives Of Chinese Firm Nabbed With Sh27M Bribe They Offered Anti-Graft Agency To Sway Probe
Related Topics:
Up Next