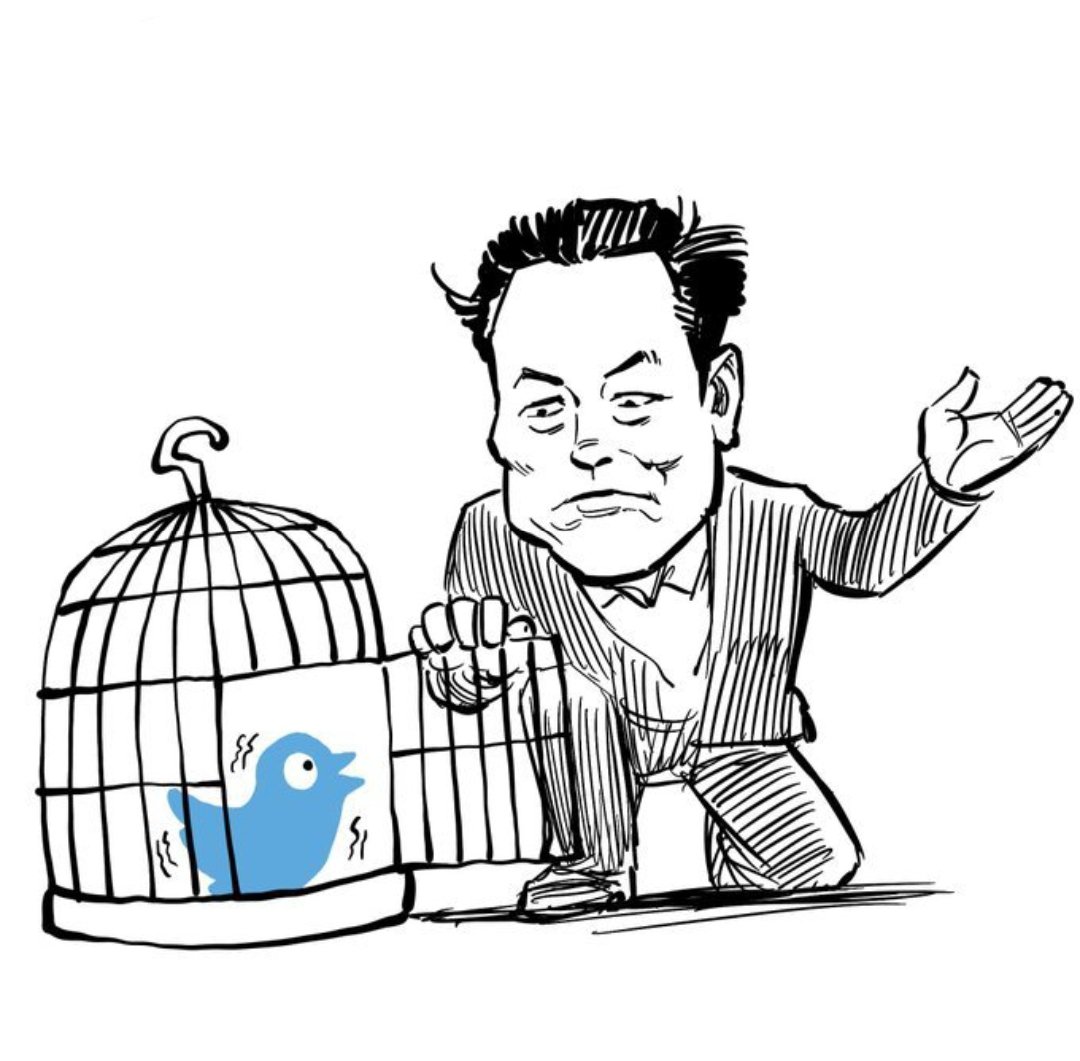 (AP)-Elon Musk reached an agreement to buy Twitter for roughly $44 billion on Monday, promising a more lenient touch to policing content on the platform where he promotes his interests, attacks critics and opines on social and economic issues to more than 83 million followers.

The outspoken Tesla CEO, who is also the world’s wealthiest person, has said he wanted to own and privatize Twitter because he thinks it’s not living up to its potential as a platform for free speech.

Musk said in a joint statement with Twitter that he wants to make the service “better than ever” with new features, such as getting rid of automated “spam bots” and making its algorithms open to the public to increase trust.

“Free speech is the bedrock of a functioning democracy, and Twitter is the digital town square where matters vital to the future of humanity are debated,” Musk said, adding hearts, stars and rocket emojis in a tweet that highlighted the statement.

A more hands-off approach to content moderation has many people concerned the platform will become more of a haven for disinformation and hate speech, something it has worked hard on in recent years to mitigate.

The deal was cemented roughly two weeks after the billionaire first revealed a 9 percent stake in the platform. Musk said last week that he had lined up $46.5 billion in financing to buy Twitter, putting pressure on the company’s board to negotiate a deal.

Twitter said the transaction was unanimously approved by its board of directors and is expected to close in 2022.

Shares of Twitter Inc. rose 6% Monday to $52 per share. On April 14, Musk announced an offer to buy the social media platform for $54.20 per share. While the stock is up sharply since Musk made his offer, it is well below the high of $77 per share it reached in February 2021.

Musk has described himself as a “free-speech absolutist” but is also known for blocking or disparaging other Twitter users who question or disagree with him.

Related Content:  Cybercriminals Now Targeting Kenyans With Mobile Malware Over Their Increased Use Of Dating Sites

In recent weeks, he has voiced a number of proposed changes for the company, from relaxing its content restrictions — such as the rules that suspended former President Donald Trump’s account — to ridding the platform of fake and automated accounts, and shifting away from its advertising-based revenue model. Musk believes he can increase revenue through subscriptions that give paying customers a better experience, perhaps even an ad-free version of Twitter.

Asked during a recent TED talk if there are any limits to his notion of “free speech,” Musk said Twitter or any forum is “obviously bound by the laws of the country that it operates in. So obviously there are some limitations on free speech in the US, and, of course, Twitter would have to abide by those rules.”

Beyond that, though, he said he’d be “very reluctant” to delete things and in general be cautious about permanent bans.

It won’t be perfect, Musk added, “but I think we want it to really have the perception and reality that speech is as free as reasonably possible.”

After the deal was announced, the NAACP released a statement that urged Musk not to allow former President Trump, the 45th president, back onto the platform.

“Disinformation, misinformation and hate speech have NO PLACE on Twitter,” the civil rights organization said in a statement. “Do not allow 45 to return to the platform. Do not allow Twitter to become a petri dish for hate speech, or falsehoods that subvert our democracy.”

Efforts to “deregulate” Twitter could thwart the company’s current commitment to making the platform as safe as possible for all users, said Brooke Erin Duffy, professor of communication at Cornell University and an expert on social media. ”

“Marginalized communities of users are especially vulnerable to the forms of hate and harassment that so often circulate in unregulated online spaces,” she said.

Some users said Monday that they were planning to quit the platform if Musk took it over. To which he responded on Twitter: “I hope that even my worst critics remain on Twitter, because that is what free speech means.”

Musk has battled with the Securities and Exchange Commission on multiple occasions, as he has used Twitter to taunt the regulators.

The SEC has been investigating Musk’s August 2018 tweets in which he asserted that he’d secured funding to take Tesla private for $420 a share, though he had not. Musk is fighting an SEC subpoena in the case in federal court. More recently, Musk appeared to have violated SEC rules by failing to disclose at the point he reached a 5% stake in Twitter, waiting until he had more than 9%.

Noteworthy as they are, the SEC matters have no bearing on Musk’s fitness to buy a company, according to St. John’s University business professor Anthony Sabino, making it unlikely that they would represent roadblocks to the takeover.

With initial concerns of its own about the deal, Twitter had enacted an anti-takeover measure known as a poison pill that could make a takeover attempt prohibitively expensive. But the board decided to negotiate after Musk updated his proposal last week to show he had secured financing, according to The Wall Street Journal.

While Twitter’s user base of more than 200 million remains much smaller than those of rivals such as Facebook and TikTok, the service is popular with celebrities, world leaders, journalists and intellectuals. Musk himself is a prolific tweeter with a following that rivals several pop stars in the ranks of the most popular accounts.

Last week, he said in documents filed with U.S. securities regulators that the money would come from Morgan Stanley and other banks, some of it secured by his huge stake in Tesla.

Musk is the world’s wealthiest person, according to Forbes, with a nearly $279 billion fortune. But much of his money is tied up in Tesla stock — he owns about 17% of the electric car company, according to FactSet, which is valued at more than $1 trillion — and SpaceX, his privately held space company. It’s unclear how much cash Musk has.

Musk began making his fortune in 1999 when he sold Zip2, an online mapping and business directory, to Compaq for $307 million. He used his share to create what would become PayPal, an internet service that bypassed banks and allowed consumers to pay businesses directly. It was sold to eBay for $1.5 billion in 2002.

In 2004, Musk was courted to invest in Tesla, then a startup trying to build an electric car. Eventually he became CEO and led the company to astronomical success as the world’s most valuable automaker and largest seller of electric vehicles.

Musk’s pledge to make Twitter a haven for free speech could dim the appeal of Donald Trump’s troubled Truth Social app, which the former president has touted as a competitor to Twitter that would cater to conservatives. Truth Social is part of Trump’s new media company, which has agreed to be taken public by Digital World Acquisition Corp. Shares of DWAC dropped 16.2% Monday and are down 46% since Musk revealed his stake in Twitter.

Kenya Insights allows guest blogging, if you want to be published on Kenya’s most authoritative and accurate blog, have an expose, news TIPS, story angles, human interest stories, drop us an email on [email protected] or via Telegram
Related Topics:Elon MuskTwitter
Up Next

Twitter May Start Charging Fee For Some Users, Musk Says

Explainer: Will Elon Musk Be Able To Buy Twitter?