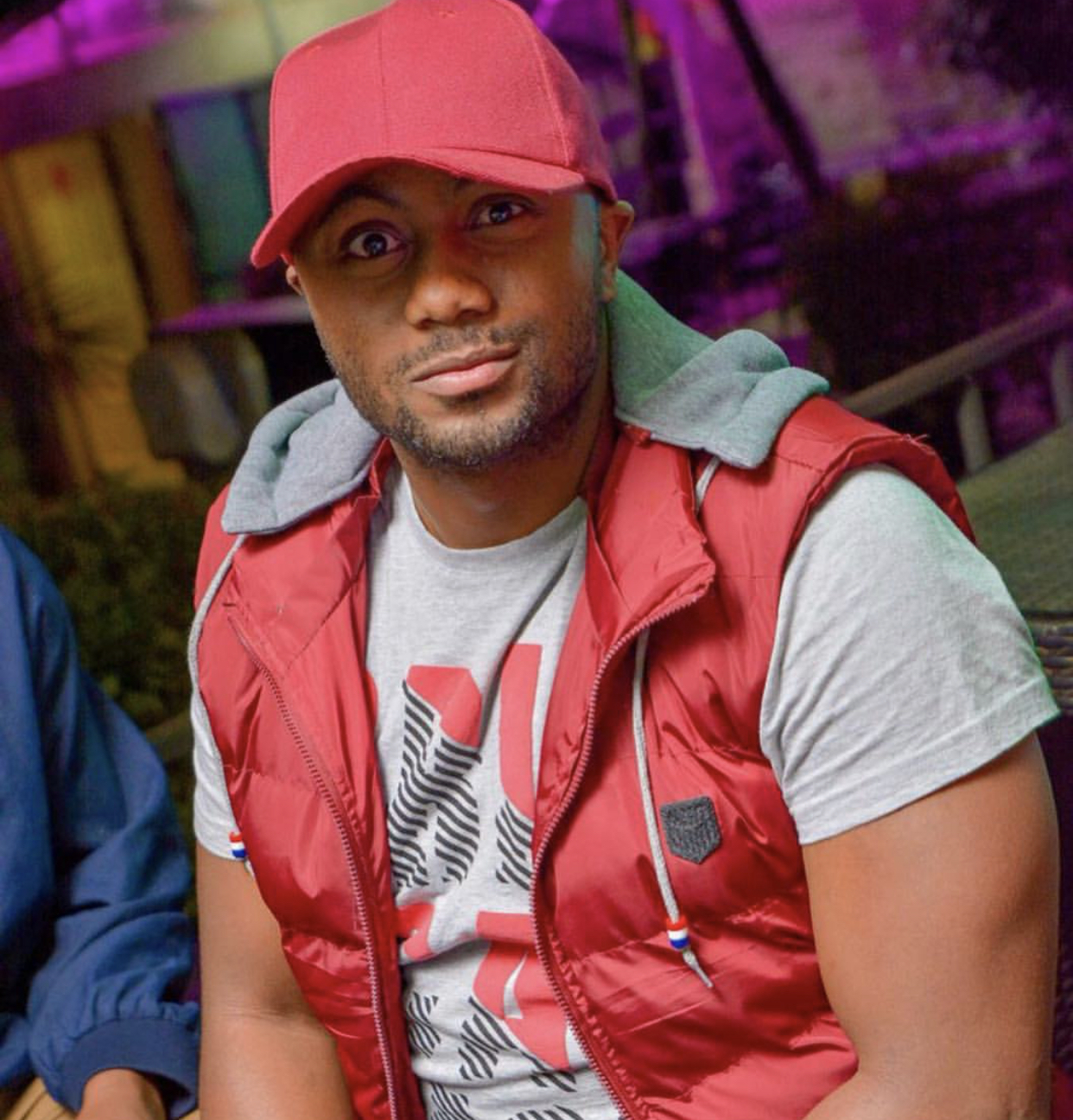 A suspect in the murder of a woman who was found dead in a Kilimani apartment last Thursday has been arrested. Joe Irungu was questioned at the Kilimani police station over the killing of 29-year-old Monica Kimani.

The body of Monicah Nyawira was on Friday found inside a bathtub by her sister who came visiting.

The sister told police they had to break into the house having failed to get a response after knocking several times. They were shocked to find the body in the bathroom with a slit neck. Nyawira lived alone.

Her hands had also been tied from behind with a rope, an indication that Nyawira was tortured before being killed. 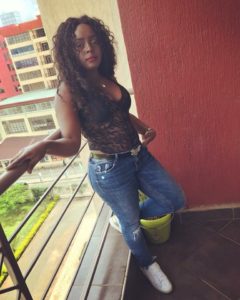 Incidentally, in police records Joseph Kuria Irungu reported an incident at Langata Police Station on September 21, this is the same date that Monica was slaughtered, report stated he had been attacked and shot on the left side of the chest. He told police he had arrived at the Royal Park Estate last week on Friday morning to drop off Maribe when he noticed three men standing at the entrance.

He had earlier on picked the woman from a nightspot in Kilimani and driven her to her residence. After arriving at the house, he drove back to the gate to check what was happening with the strangers hanging around.

Irungu told police when he tried to establish what their mission was, one of them shot him on the left side of his chest. The bullet exited at  the back and the attackers escaped on a motorbike.

He then went back to the house and told the woman what had happened. The woman told police she drove him to Nairobi West Hospital where he was attended to and left to go home.

Irungu was driven back to Langata Hospital where he was admitted on Friday afternoon until Monday evening when he was discharged. In what looked like a poorly executed cover up story, Police say preliminary findings showed no shooting was reported at the scene, no spent cartridges on the scene. A look on his bullet wound disapproves that he was shot rather did it himself. Done at a close range, if there was any shooter then it should’ve aimed a killing point. 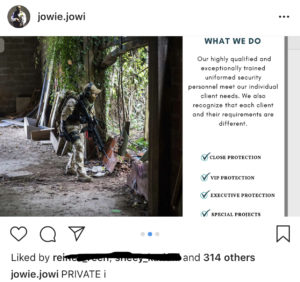 Joe is said to have been known to Monica and why he had the free walk to her house. Together with another killer dressed in a Kanzu and the one who executed the murder. The two showed extreme professionalism in the killing as the cameras fitted doesn’t show their faces since they figured how to evade being captured. The hit was done in ultimate speed we’re told it happened under ten minutes and they had gone. 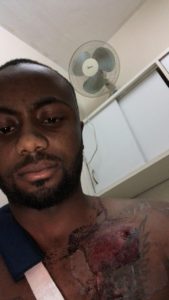 Joe seen in photo showing his bullet wound before he was taken in by the police.

Irungu is a bouncer in Dubai where he runs private security, his paramilitary training added much points to hit credentials. He’s also famous in Nairobi’s social circles as he’s a party animal. If established, it shows this what he’s been doing.

The burden is the police to link the faked shooting and the murder which can be done by trailing his movements that day. Motive of the murder is yet to be established and the gruesome manner in which it was done leaves a lot to desire.

Related Content:  Part I: US Government Concerned And Warns Against Joshua Oigara’s KCB Involvements With South Sudan War Lords In Money Laundering
Kenya Insights allows guest blogging, if you want to be published on Kenya’s most authoritative and accurate blog, have an expose, news TIPS, story angles, human interest stories, drop us an email on [email protected] or via Telegram
Related Topics:
Up Next