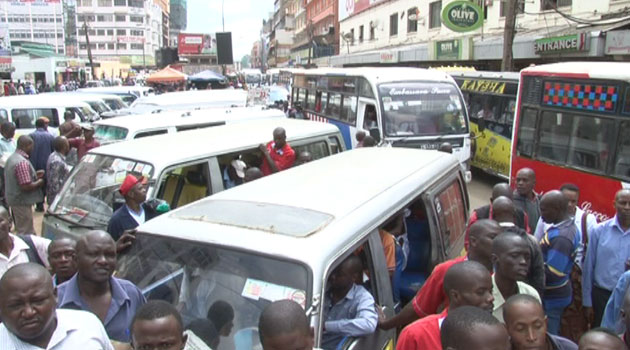 Nairobi Metropolitan Services (NMS) now says the much-hyped Public Service Vehicles’ ban from the Central Business District will be launched in the future, but in phases to avoid a transport crisis.

The ban was initially expected to be effected Tuesday but did not take place, in what was attributed to resistance from industry players.

“There is still a lot to be done,” she said.

But Matatu Owners Association Simon Kimutai has dismissed the plans, saying the Major General Mohamed Badi-led authority is a loner in a matter involving millions of city residents.

Kimutai who spoke to Capital News on phone said just like Governor Mike Sonko failed to decongest the city, NMS might suffer the safe fate for failing to include the key players in their implementation plan.

“We were waiting to see how they will do it. There are no proper plans leave alone consultations,” Kimutai said.

“If you shove us around, we will allow you to have your way and see how far you can go,” he said.

According to Badi, bus stations are set to be constructed outside the CBD, where all public service vehicles will be terminating their journey.

Along Thika Road, he has indicated that a bus station will be put up in Ngara and Parklands.

And for vehicles coming from Machakos and Lang’ata, their final destination will be at the Kenya Railways Golf Club.

Kenya Insights allows guest blogging, if you want to be published on Kenya’s most authoritative and accurate blog, have an expose, news, story angles, human interest stories, drop us an email on tips.kenyainsights@gmail.com or via Telegram
Related Content:  Kinoti Disbands Dreaded Flying Squad To Create A More Powerful And Well Equipped Unit
Related Topics:
Up Next