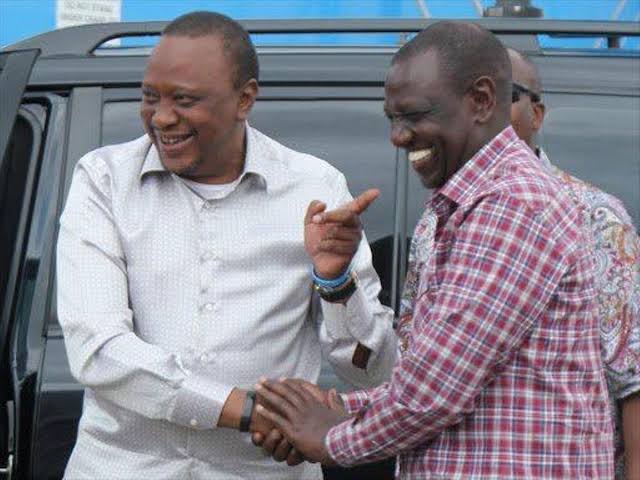 With days passing, the President continues to wedge the war on his harsh critics going to show how wide the rift between him and Ruto has become. Ruto who has reduced to staying at his home and not doing any official duty since the start of coronavirus pandemic is an isolated and targeted man.

While himself is yet to be hit, the writing is all on the wall as his foot soldiers get whipped up. Recent casualties includes his close confidant like Murkomen who was dethroned as the leader of majority in the senate.

Political strategists have read that the President is out to completely crush his once close political ally. Left with limited options to keep his political heat up, there’s nothing much he can do with all machinery aimed at him. However, there could be a way out according to David Ndii. When asked on Twitter about the options Ruto has to remain relevant, the economist blatantly said ‘murder his boss’ alluding that the only option is to get rid of Uhuru. Ex-Senator Hassan Omar echoed Ndii’s sentiments.

His comments has attracted different views. “David Ndii has ADVISED William Ruto to Murder his BOSS in order to SURVIVE. Before you ARREST him REMEMBER this: David Ndii has a CLINICAL RECORD of Mental Illness. And this EXPLAINS his NIHILISM and BIZZARE thinking, including SECESSION. The Boy is clinically SICK in the HEAD!“ Said Mutahi Ngunyi.

In yet another relevant comment, Raila Junior is having a little advice for Rutos, “Let tanga tanga accept and move on, 2027 sio mbali, we have other things to concentrate on now starting with coronavirus.” He tweeted.