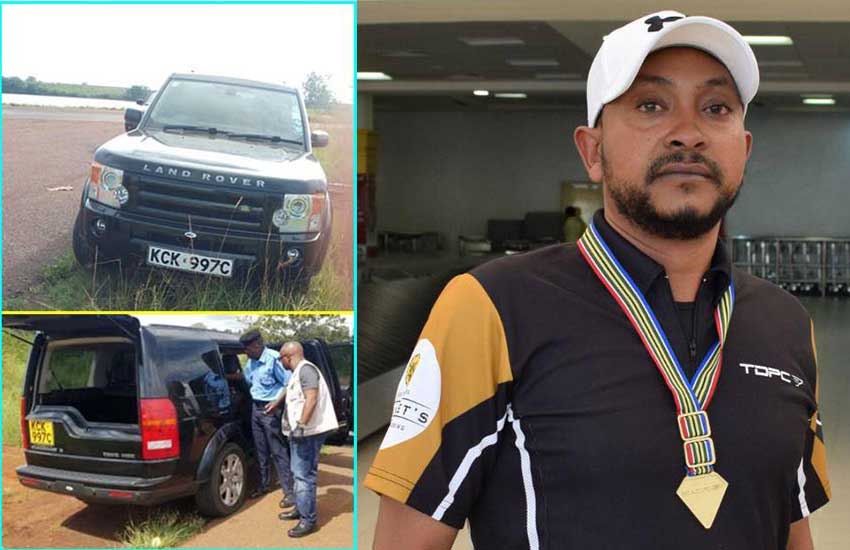 Ten days after he was reported missing Dafton Mwitiki, a recognisable face in Nairobi’s social circles, remain unaccounted for, as family and friends hold on to hope. They believe he will soon walk back into their lives.

As the waiting continues though, other details have emerged over the other life of the man who set social media alight on one of Kenya’s darkest days when he, together with friend Steve Mbogo, appeared at the scene of a terror attack armed with an assault rifle.

Mwitiki, according to investigators led a double life. The first as a doting father and humorous friend who was always the life of the party. A man who never shied away from lending a helping hand and answering calls from friends in need.

The other image is a complete opposite. A darker shade of the man. Investigators who have also been looking for the man say Mwitiki is one of the key leaders of a brutal, well-organised kidnapping ring responsible for high calibre disappearances in and around the city.

He managed to keep his dark side away from the public to the extent that there is no known incident or time when he was summoned to record a statement with the police.

Yesterday, Victor Mwitiki, an elder brother of the missing man insisted that the brother was not a criminal and that he lived a simple and honest life.

“We don’t know why anyone would want to harm my brother. He lived such a simple and honest life,” said Victor.

Victor said the investigations have since been taken over by Kilimani DCI. “The search and rescue have been concluded without any results. We are, however, optimistic that Kilimani DCI will unravel the mystery,” he told Saturday Standard on phone.

Confidential sources within the security circles said Mwitiki was living on borrowed time after he was linked to two major cases of kidnap in Nairobi. In one of the incidents that involved a Chinese man, the kidnappers demanded a Sh100 million ransom. 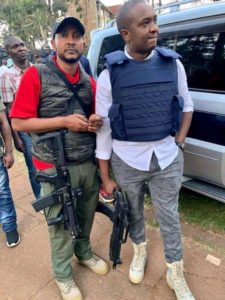 Dafton and Mbogo when they responded to the DUSIT attack.

Four suspects among them Administration Police officers were killed by the Special Service Unit officers during a rescue mission on February 29th. The kidnapping of the man got the attention of security agencies including the DCI and NIS. The abducted man according to the DCI was kidnapped from his shop on February 27 by individuals impersonating officers from the Directorate of Criminal Investigations.

“Forensic intelligence led the investigating team to Hse no. 2199, where the victim was being held under an armed four-man-guard, who had demanded a $1million (Sh100 million) ransom from his brother to secure his release,” the DCI said via Twitter.

A police pistol and bullets were recovered from a house at Sun Track Estate in Dagoretti where the victim was being held.

Behind the scenes, the confidential sources said, the mobile phone line used to demand ransom was registered in Mwitiki’s name.

“The callers were using what looked like a sophisticated phone which even the DCI investigators could not trace. It is at this point that NIS came into the probe and helped unravel the behind the scenes actors,” said a senior official who spoke on condition of anonymity.

Prior to this, Mwitiki is said to have been linked to another case of kidnapping where a university student was abducted in Nairobi and a Sh100 million ransom demand made. This matter was reported to Kilimani Police Station on January 13 but the DCI dropped the investigations after the family negotiated with the kidnappers.

Eventually, the family paid Sh4 million to have the relative freed. The sources said the same line registered in Mwitiki’s name was used to demand a ransom.

The 38-year-old father of two, a sharpshooter, and an official of the association of civilian firearm holders was reported missing at Kilimani after he failed to return home on the night of March 11.

His vehicle was traced a day later to an estate in Juja. Mwitiki was last seen near his workplace at Galana Plaza in Kilimani, Nairobi before he mysteriously disappeared.

How Total Kenya Exploits, Rips Off Kenyans For Profits