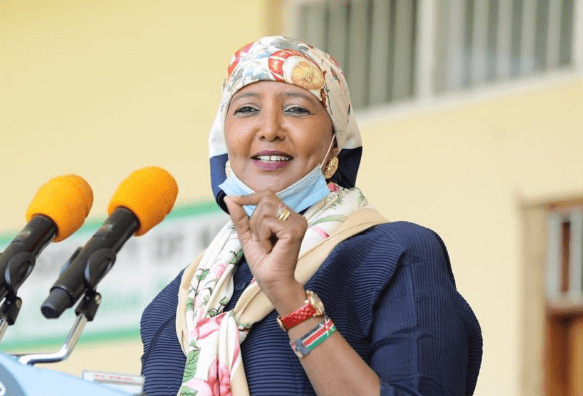 Cabinet Secretary for Sports Amina Mohamed has unveiled a raft of measures that will guide the resumption of sporting activities in the country but spectators will still be kept off the sporting events.

The CS also announced that Kenya will send its first delegation of athletes to Kurume City in Fukuoka on July 5 for a pre-camp ahead of the Olympic Games scheduled to begin on July 23 in Tokyo, Japan.

This year’s Olympic will see participating teams accommodated at designated Bubble training camps in strict adherence to the guidelines of the Japan’s Ministry of Health and the Tokyo 2020 Olympic Games playbook.

“Testing of Athletes shall be done every 96 hours until the commencement of the Olympic Games to ensure that Kenyan athletes are safe and exposed to the rigors of Covid-19 control expected in Tokyo,” the statement reads.

CS Amina’s announcement comes two weeks after President Uhuru Kenyatta directed the Ministries of Sports and Health to develop a road map to resumption of sports as he lifted the suspension on all sports activities and cessation within five counties including Nairobi, Kiambu, Nakuru, Kajiado and Machakos. 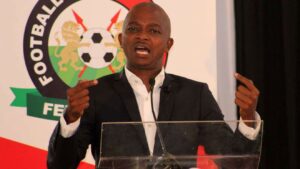 “I thank my colleague in the Ministry of Health, Hon. Mutahi Kagwe for the support in revising and approving these guidelines and call upon all stakeholders to comply with them. “Together, we can fight the pandemic and maintain a low case load to guarantee continued play,” said CS Amina.

The announcement will see FKF Premier League will become the first top-flight football competition to resume action in Kenya when Kariobangi Sharks face off with Kakamega Homeboyz in Nairobi on Friday.

The league was halted on March 26 after President Uhuru Kenyatta ordered the indefinite suspension of all sporting activities citing a spike infections weeks before the Easter celebrations.

FKF has been struggling to have the league resume but the Ministry of Health stuck on the decision that plunged the Kenyan league into uncertainty on whether it will be played to the end or it will be cancelled like the 2019-20 season.

Kenya Insights allows guest blogging, if you want to be published on Kenya’s most authoritative and accurate blog, have an expose, news TIPS, story angles, human interest stories, drop us an email on [email protected] or via Telegram
Related Topics:COVID 19 restrictionsCS Amina MohamedFKF Premier LeagueSports Ministry Kenya
Up Next