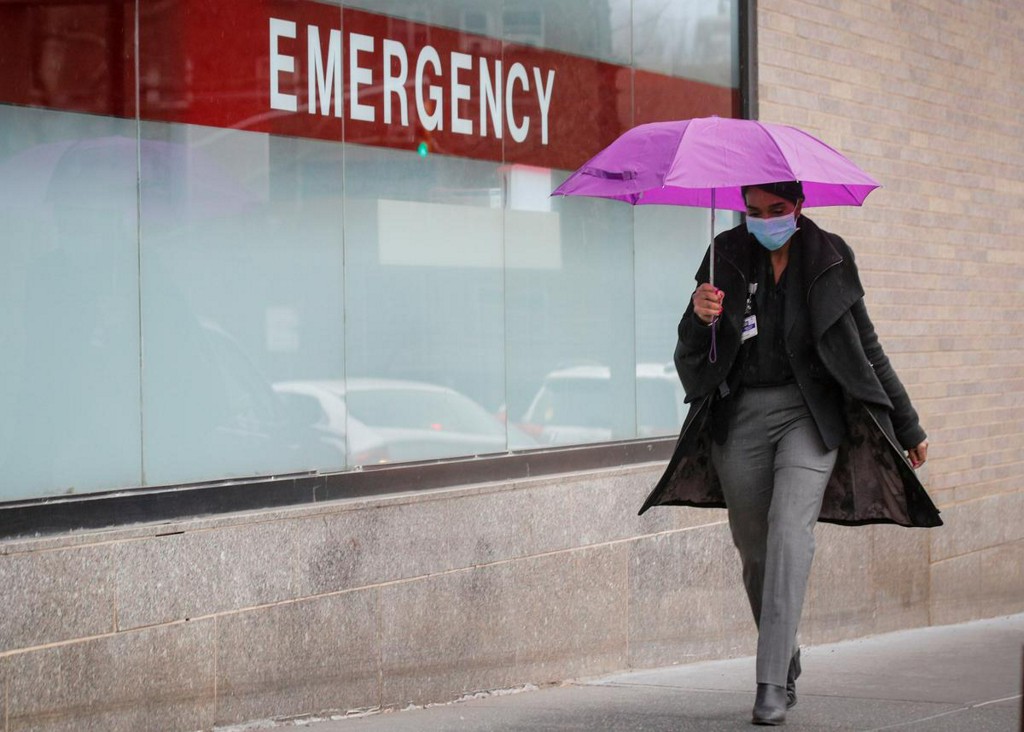 A pandemic of the novel coronavirus has now killed at least 7,152 people in the United States.

With more than 277,000 diagnosed cases of COVID-19, the U.S. has by far the highest national tally in the world, according to data compiled by the Center for Systems Science and Engineering at Johns Hopkins University.

More than 1.09 million people worldwide have been diagnosed with the disease. The actual number is believed to be much higher due to testing shortages, many unreported cases and suspicions that some governments are hiding the scope of their nations’ outbreaks.

With little sign of the curve flattening, the US has confirmed over 1,400 Covid-19 deaths in a single day, as well as more than 30,000 new cases, as New York City sounds alarms that its hospitals will soon run out of ventilators.

With 1,480 deaths counted between 8:30 pm (0030 GMT) Thursday and the same time Friday, according to the university's continuously updated figures, the total number of people who have died since the start of the pandemic in the US is now 7,406 pic.twitter.com/qpuhap9Fh1

#UPDATES The US advises all Americans to wear masks in public to protect against the #coronavirus, fearing the illness that has infected more than one million people worldwide may be spreading by normal breathing https://t.co/010APYRHHt pic.twitter.com/cTXAP8lE5E

With the peak of Covid-19 infections still ahead and medical supplies still scarce, hospitals and physicians are gearing up for a nearly impossible challenge: deciding who gets a life-saving ventilator and who doesn’t.

Related Content:  Court Orders Robert Alai Not To Post Anything About Coronavirus On His Social Media Pages

“Physicians who work in parts of the world that don’t have adequate resources have had to make decisions like this maybe even on a routine basis, but physicians in the United States have never faced anything like this before,” said Dr. Robert Truog, director of the Center for Bioethics at Harvard Medical School. “It is going to be extremely difficult.”

If the current rate of hospitalization and intubation continues in New York, “we have about six days” left of ventilators in the stockpile, Gov. Andrew Cuomo said during Thursday’s coronavirus briefing.

We do not have enough ventilators.

I am signing an Executive Order allowing the state to take ventilators and redistribute to hospitals in need.

The National Guard will be mobilized to move ventilators to where they are urgently required to save lives.

Over the course of nearly five weeks, the coronavirus has killed more New Yorkers than the terrorists who flew airplanes into the World Trade Center on Sept. 11, 2001. And the death toll is only expected to grow — by leaps and bounds.

The symbolism of this landmark moment and its potential implications for New York are not lost on those who live here, in the American epicenter of the disease.

Related Content:  Anti-Malarial Drug Chloroquine Could Be Used To Treat Coronavirus But Still Under Test
Kenya Insights allows guest blogging, if you want to be published on Kenya’s most authoritative and accurate blog, have an expose, news, story angles, human interest stories, drop us an email on tips.kenyainsights@gmail.com or via Telegram
Related Topics:
Up Next