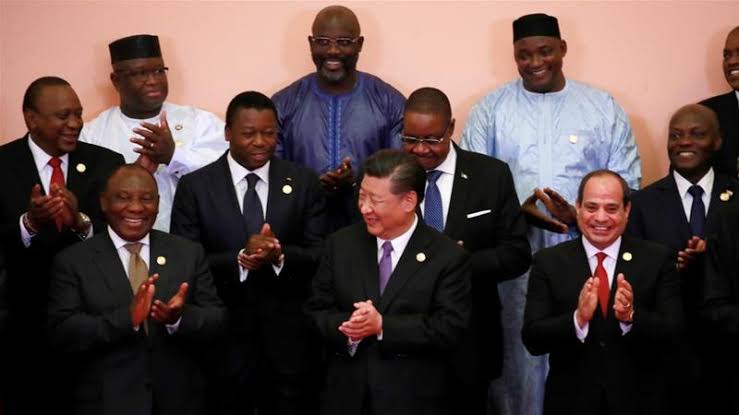 As COVID-19 exacerbates the pressure on vulnerable public health systems in Africa, the economic outlook of African countries is also becoming increasingly unstable. Just this month, the International Monetary Fund (IMF) projected that the region’s economic growth will shrink by an unprecedented 1.6 percent in 2020 amid tighter financial conditions, a sharp decline in key export prices, and severe disruptions to economic activity linked to the pandemic. Anticipating the upcoming turbulence, key stakeholders—including the IMF and World Bank, sovereign governments such as France, and thought leaders in think tanks such as Brookings—have all called for debt relief to encourage post-coronavirus economic recovery. Indeed, on April 14, the IMF approved $500 million to cancel six months of debt payments for 25 countries, 19 of which are in Africa.

Even with this massive debt relief by so many players in the international community, without the participation of China in this endeavor, African countries still stand to suffer. Indeed, Beijing is widely regarded as the single largest creditor to Africa. The Jubilee Debt Campaign—a coalition of organizations in the United Kingdom dedicated to debt relief for developing countries—has calculated that, as of 2018, around 20 percent of all African government debt is owed to China. Due to the magnitude of these debts, some experts argue that China holds a special role—as it is in the  “driver’s seat”—for the debt relief campaign for Africa. French President Emmanuel Macron has even personally called for China to provide debt relief for African countries.

So far, China’s response has been reserved. In a response to an inquiry by Reuters about China’s position on the debt relief, the Chinese Foreign Ministry commented that“the origin of Africa’s debt problem is complex and the debt profile of each country varies,” and that it understood “that some countries and international organizations have called for debt relief programs for African countries and are willing to study the possibility of it with the international community.” At the G-20 Meeting of Finance Ministers and Central Bankers on April 16, Chinese Finance Minister Liu Kun merely commented, “China supports the suspension of debt repayment by least developed countries and will make its necessary contributions to the consensus reached at G-20.”

So, what China will eventually do about this massive amounts of debt Africa owes remains to be seen. At a minimum, as a member of the IMF and World Bank, China will likely participate in that collective debt relief effort. However, China is unlikely to take a unilateral approach to debt forgiveness, especially on concessional loans and commercial loans, which constitute the majority of African debts owed to China. Rather than outright relief, postponement of loan payments, debt restructuring, and debt/equity swap are more likely in China’s playbook.

However, zero-interest loans make up only a small portion of Africa’s debt owed to China. From 2000 to 2017, China provided $143 billion in loans to African governments and their state-owned enterprises—the majority of which are concessional loans, credit lines, and development financing. Among the $60 billion China pledged to Africa at the 2015 Forum on China-Africa Cooperation (FOCAC), concessional loans, credit lines, and African small- and mid-sized enterprise loans jointly constitute 70 percent of the total—with only 9 percent of the announced funding in zero-interest loans. At the 2018 FOCAC, where China again pledged $60 billion to Africa, half of the money was credit lines and development finance, with grants and interest-free loans jointly accounting for less than 25 percent of the total.

If China is to follow this pattern, the most likely loans to be forgiven will be those zero-interest ones. The same cannot be said for the concessional and other loans because of their magnitude (and, consequently, the massive financial losses) as well as the precedent the move would set for other regions and the implications for responsible borrowing by African states.

Debt forgiveness is not the only option, and debt forgiveness of concessional and other loans is perhaps a least desired option for China. Given the magnitude of the Chinese loans in Africa, even partial forgiveness will create major financial losses for China, whose economy has also suffered tremendously from the COVID-19-induced domestic economic slowdown and the trade war with the United States.

Precedent tells us that, for China, even if debt relief is to be provided, China will look at individual African countries case by case and design individual strategies with various methods of debt relief. Indeed—rather than blanket debt relief—debt reduction, postponement of loan payments, refinancing, and debt restructuring are all options with which China has had experience in Africa and other regions. In the case of Ethiopia, in 2018, China agreed to a restructuring of debt, including the $4 billion loan for the Addis-Djibouti railway, extending the repayment terms by 20 years. In the case of Hambantota port in Sri Lanka, China turned the debt into a 99-year lease of the port and surrounding land. In the suspended Myitsone dam in Myanmar, China has proposed to turn the disbursed investment, which the Burmese government cannot afford to repay, into equities in new dams in the country. Debt renegotiations have also happened between Beijing and Ghana, Zambia, and Angola, although the details are less transparent.

Debt forgiveness by China without similar forgiveness by other lenders is seen as neither fair nor feasible: China certainly will not allow itself be singled out as the only party that needs to provide the debt relief in these other areas to Africa. Why should China carry the—quite substantial—financial loss alone? Indeed, Beijing points out that China is, in fact, not the largest creditor given that the multilateral financial institutions and the private sector own 35 and 32 percent, respectively, of Africa’s debt. China’s own share is only 20 percent. With this view, China is more likely to participate in collective debt forgiveness with multilateral institutions and other lenders, instead of chartering its own course unilaterally. If there is major debt forgiveness by other governments and China is encouraged to participate, China can’t afford to lose out on the reputational front. But the level and extent of its contribution are unlikely to exceed the average—meaning that, if the international community wants China’s debt relief to be aggressive, its debt relief must also be aggressive. All this points to the importance of joint actions by the international community, especially donor/lender consultation and coordination.

Other factors also complicate China’s potential debt relief to Africa. Domestically, the recent controversy of Chinese racism against Africans in China, largely because of the coronavirus, has instigated nationalistic sentiment in China against “ungrateful” Africans. For Beijing to provide massive debt relief to African countries at this time would run the risk of domestic criticism along the theme of squandering Chinese tax payers’ money to appease unappreciative African nationals.

For China, simple debt forgiveness hardly encourages responsible borrowing from African governments down the road—we only need to look to the African eurobond rushover the past few years that has also contributed to the debt problem today. The Chinese worry that their debt forgiveness will improve African governments’ debt ratio, and free them to borrow more debts from international financiers. In that case, China’s losses will translate into more debts Africa will borrow.

Given the complex factors and China’s history with African debt, the international community must be realistic when calling on debt relief from China, putting resources and attention toward mutual consultation and coordination toward collective decisions and burden-sharing. China will not be left out. But it is also unlikely to lead. Short-term relief is expected but massive debt forgiveness in the long run may not be in the cards.

For more on the need for debt relief in Africa, see COVID-19 and debt standstill for Africa: The G-20’s action is an important first step that must be complemented, scaled up, and broadened.

The writer is a nonresident fellow with the Africa Growth Initiative. She also serves as co-director of the East Asia Program, and director of the China Program at the Stimson Center.

Will COVID-19 Be the End of Africans in Guangzhou? I Think So, and This Is Why