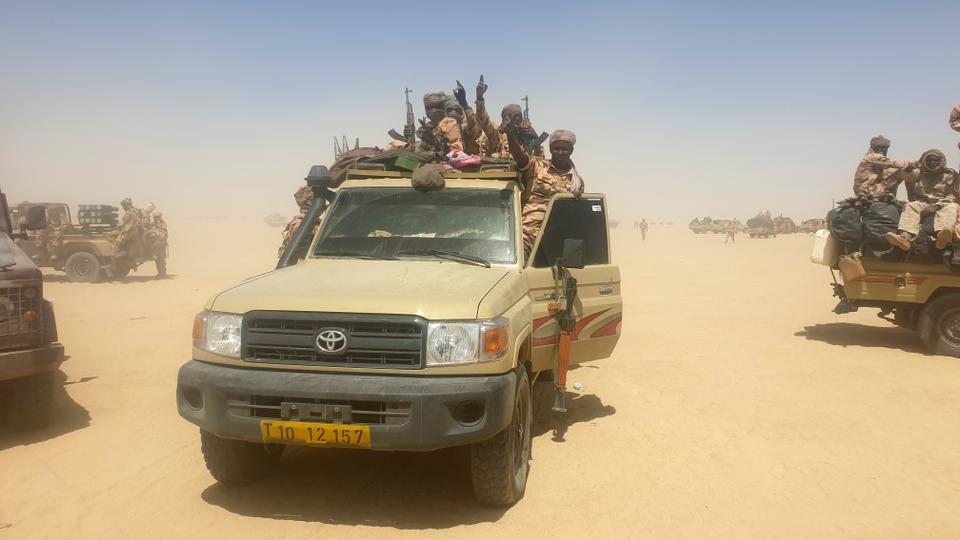 A rebel group has vowed to take over Chad’s capital N’Djamena  barely 24 hours after killing President Idriss Deby who had won his sixth term in office after being at the helm for three decades.

Deby died of wounds suffered during a visit to front-line troops battling the rebel group on Tuesday, just hours after he was announced the winner of a recently held election. The military quickly named the late president’s son as Chad’s interim leader.

“Chad is not a monarchy. There can be no dynastic devolution of power in our country. The forces of the Front for Change and Concord are heading toward N’Djaména at this very moment. With confidence, but above all with courage and determination.” they said in a statement on Tuesday.

The rebels have claimed claimed responsibility for Deby’s death and vowed to heighten their fight for the capital as they hint at a bloody battle for political control of the oil-producing country.

Observers have questioned the events leading up to announcement of Deby’s death which was quickly followed by the military handing over power to Deby’s son against the constitutional provisions which may plunge the central African nation into violence.

“There is a great deal of uncertainty around how events in Chad will unfold: Whether the army will stay loyal to Deby’s son and continue the effort to repel the advancing rebels?” said Cameron Hudson with the Africa Center at the Atlantic Council. 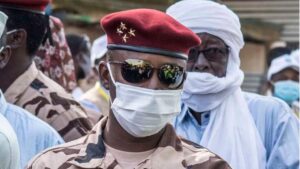 Deby’s 37-year-old son, Mahamat Idriss Deby Itno, is a top ranking commander of the Chadian forces aiding a U.N. peacekeeping mission in northern Mali will now lead the country for eighteen months following his father’s death. The military move is against Chad’s constitution which calls for the National Assembly to step in when a president dies while in office.

The military also forced a 6 p.m. curfew and closed the country’s land and air borders as panic and fear gripped the capital. “In the face of this worrying situation, the people of Chad must show their commitment to peace, to stability, and to national cohesion,” Gen. Azem Bermandoa Agouma said. 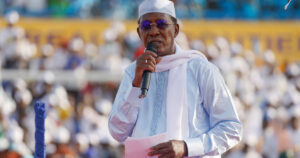 The government of Chad has not put enough efforts to calm the growing rebellion in northern region which is falling to insurgents. The rebel group has taken control which led to a fierce battle where five high-ranking military officials including the president were killed.

The military claimed that Deby fought heroically and was wounded in a battle but later died in unidentified location at the capital N’Djaména. Residents of the capital and foreigners have expressed fears that there is a story behind Deby’s death.

French Defense Minister Florence Parly expressed her condolences to the Chadian people, in a presser with her German counterpart in Paris.

“French authorities need “a bit more time” to analyze the situation”  she said.

Deby grabbed power in 1990 when his rebel forces overthrew the then President Hissene Habre, who was later convicted of human rights abuses at an international tribunal in Senegal.

But Deby survived many armed rebellions and managed to cling on power until this latest insurgency led by the Front for Change and Concord in Chad.

The armed rebels trained in neighboring Libya but crossed into northern Chad on April 11 when Chad held presidential elections boycotted by opposition candidates but Deby won.

Kenya Insights allows guest blogging, if you want to be published on Kenya’s most authoritative and accurate blog, have an expose, news TIPS, story angles, human interest stories, drop us an email on [email protected] or via Telegram
Related Topics:ChadChad coupMahamat Idriss Deby ItnoPresident Idriss Deby
Up Next

How A One-Time Fugitive Found Fortune In South Sudan