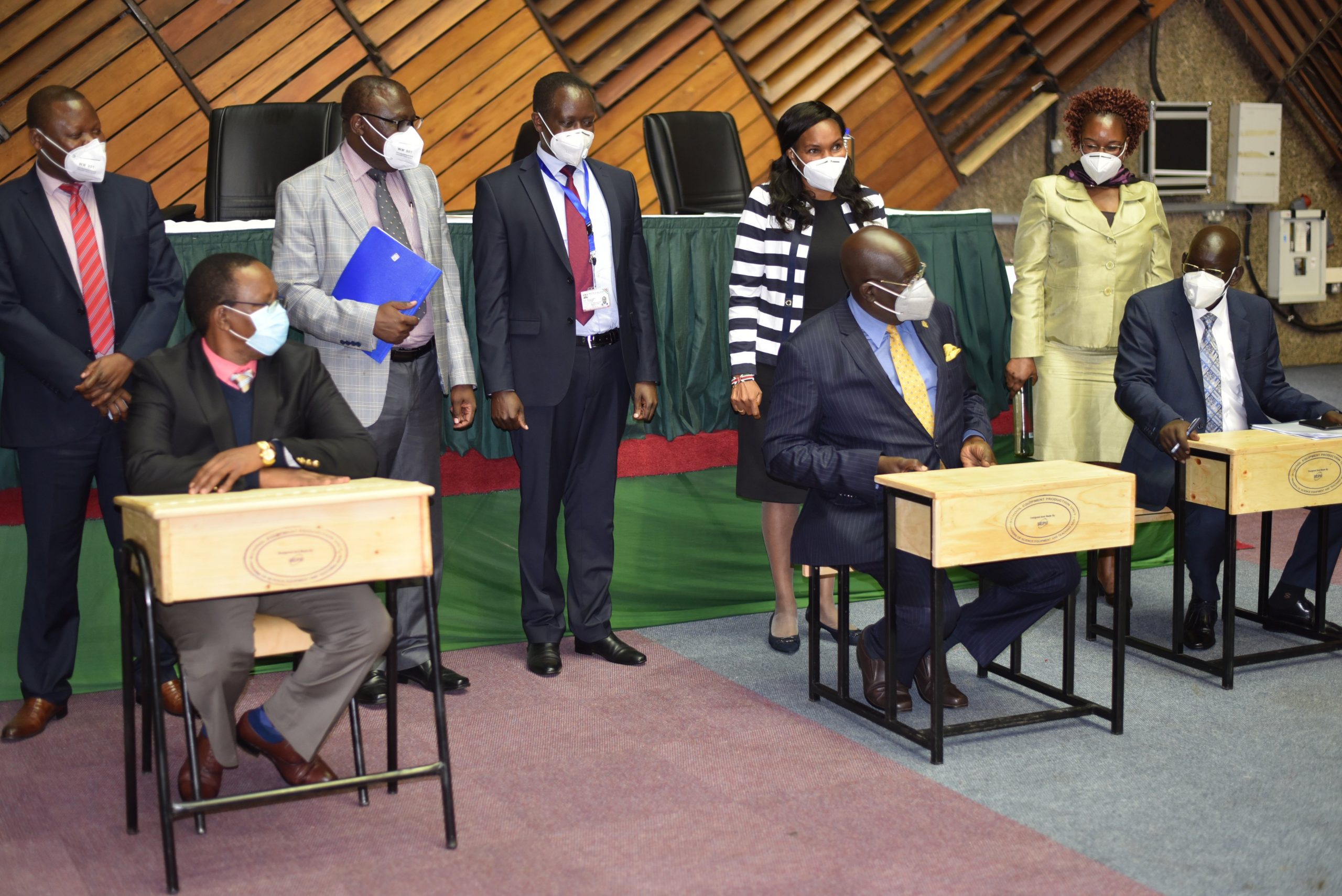 Education Cabinet Secretary George Magoha and Basic Education Principal Secretary Belio Kipsang had promised that the carpenters would be paid by November 6. This was in line with the Sh1.9billion desks project that would cover for both primary and secondary schools in a bid to enhance social distancing as a safety measure in containing the contagious virus.

Frustrations is starting to link in as artisans laments over the delayed payments.

Many of the contracted in the project that was also meant to be a major boost to the jua kali sector, are saying they had to seek out for loans to finance the projects which had a tight schedule for delivery.

The artisans’ deadline for the supply of the 622,157 desks, chairs and lockers to public primary and secondary schools was on October 27. Of the Sh1.9 billion, Sh1 billion was to go towards making desks for secondary schools while Sh900 million for primary schools.

It becoming apparent they may have to wait longer as stringent procurement regulations are adhered to. The payments will only be made after sub-county inspection of the desks has given the approval.

Deputy county commissioners were to lead their teams in confirming the quality of the furniture and compliance with the specifications with the prototypes and ensure proper labelling before delivery to schools.

Kenya Insights allows guest blogging, if you want to be published on Kenya’s most authoritative and accurate blog, have an expose, news TIPS, story angles, human interest stories, drop us an email on [email protected] or via Telegram
Related Content:  State To Reward Informants In Anti-Competitive Behaviors In The Market Probes
Related Topics:
Up Next