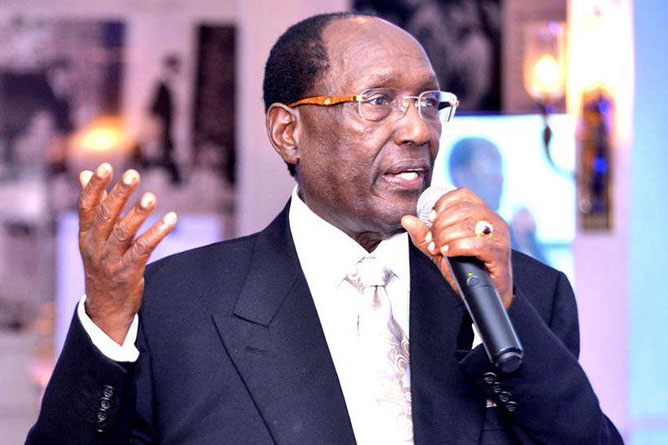 As coronavirus continues to ravage economies, world’s richest men have been coming through for their citizens and general public by giving out donations for mitigating the pandemic that has now claimed close to 100,000 lives globally and infecting close to 1.8M people.

China’s billionaire Jack Ma has steadily sent medical supplies worth billions to countries all over the world including America and Africa.

Bill and Melinda Gates pledged to donate $100 million through their foundation on February 5 to treat what he’s calling a “once-in-a-century pathogen.”

Mukesh Ambani, the richest man in India, donated $66 million to coronavirus aid on March 30 after being slammed for ringing a bell from the balcony of his 27-story mansion to thank healthcare workers.

Twitter and Square cofounder Jack Dorsey pledged to donate $1 billion to coronavirus relief efforts on April 7 — nearly a third of his net worth.

Richard Branson: After getting pilloried for asking staff at his Virgin Atlantic airline to take eight weeks of unpaid leave, Branson announced on March 22 that Virgin Atlantic would provide $250 million over the next coming months to support his 70,000-plus employees.

Aliko Dangote: Africa’s richest person has donated approximately $5.2 million (2 billion naira) to prevent the spread of COVID-19 in Nigeria. He is also reportedly funding the construction of a 600-bed isolation facility in Kano.

Kylie Jenner: The cosmetics mogul donated $1 million to Cedars Sinai Medical Center in Los Angeles, which will be used to buy thousands of masks and other personal protective equipment, according to Jenner’s OB-GYN, Thaïs Aliabadi. Kris and Kylie Jenner are partnering with Coty, majority stakeholder to Kylie Cosmetics and Kylie Skin, to produce hand sanitizers for hospitals in Southern California.

Being the time of giving back, Kenya’s wealthy men are also not getting left out, Chris Kirubi one of the wealthiest men in Kenya has also jumped in with a contribution to help the mitigation of coronavirus.

Sanitization, has been listed as one of the measures and with many communities faced with lack of water, Kirubi has offered to supply water from his firm.

As a way of giving back, yesterday we laid pipes in Githogoro that’ll supply 40,000 ltrs of water from @TwoRivers_KE Water Company to mitigate risk & spread of #COVID19KE

To the chief and youth of the area, partners, @CentumPLC team I say Asanteni sana pic.twitter.com/Vy3TsxD7wE

His contribution comes at a time when Kenyans have been questioning him and other equally wealthy figures from missing out on the donations. Covid19 has so far claimed 9 lives in Kenya and infected over 150 people with numbers expected to rise in the coming g weeks.

Related Content:  Italy Records The Highest Deaths Yet As 475 Die Under 24 Hours

COVID-19: Stampede In Kibra As Residents Surge For Food Donation