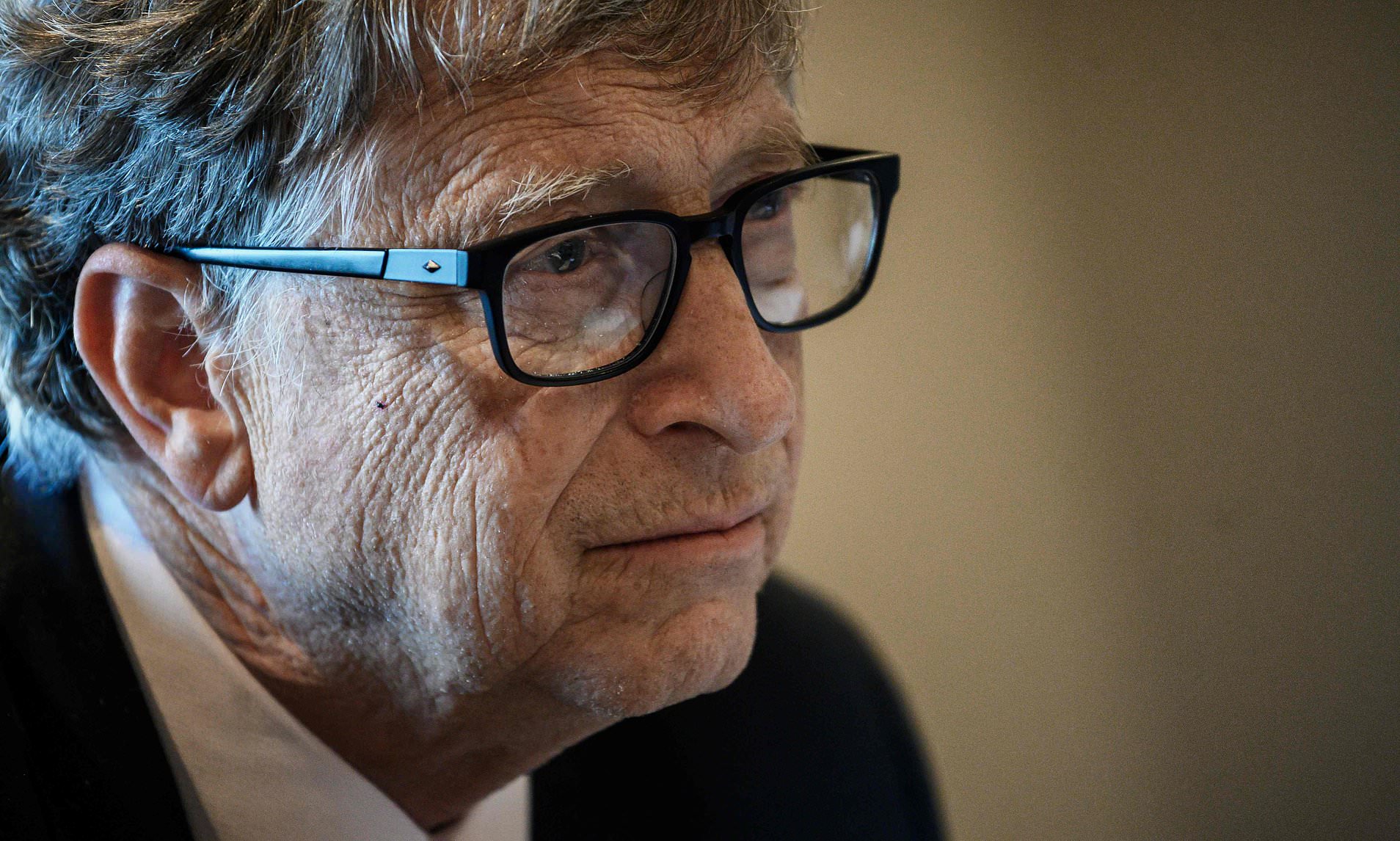 As co-founder and ex-CEO of Microsoft, Bill Gates is famous for being one of the world’s richest people, but he is also known for his philanthropic activities, specifically funding the work towards eradicating deadly diseases.

As a result, he has become a leading spokesman for disease control and eradication, and has talked before at length about the risks our world faces should there be a new disease outbreak as we are seeing now with Covid-19.

During a digital TED Talk with host Chris Anderson on 25 March, Gates was asked what he would if he were president and tasked with leading country through the worst pandemic the world has seen in over 100 years.

Gates said that his top priority would be to keep people across America indoors to ‘flatten the curve’ of the pandemic; in other words, slowing down the rate at which the virus is spreading.

‘The clear message [would be] that we have no choice to maintain this isolation and that’s going to keep going for a period of time,’ Gates said. ‘In the Chinese case, it was like six weeks, so we have to prepare ourselves for that and do it very well.’

‘If you’re [a country] doing isolation well, within about 20 days you’ll see those numbers [of new cases] really change [go down] and that is a sign that you’re on your way.’

Gates says that he would emphasize that to do this is not going to be easy, and ensure that such message is loud and clear for everyone to appreciate.

In a previous TED Talk in 2015, Gates had warned of the impact a global pandemic could have on today’s globalized society where people can quite freely travel across the globe.

Asked to reflect on this warning and whether he felt it was heeded, he said: ‘Basically no. I was hopeful that with Zika, Ebola and SARS and MERS, they all reminded us particularly in a world where people move around so much, you can get huge devastation.

‘The talk was to say, “We’re not ready for the next pandemic, but there’s advances in science that if we put resources against them, we can be ready.” Sadly, very little was done,’ Gates recalls.

Speaking more generally about the coronavirus, Gates said: ‘I think this is a unprecedented, really disconcerting time for everyone with things being shut down, not knowing exactly how long it’s going to last, worrying about the health of all the people we care about. It’s scary for everyone.’

He said like many people, he is also stuck at home and getting used to working remotely all the time. ‘I’ve gone days without seeing any co-workers!’ he said.

The actual US president Donald Trump has advocated reopening businesses by Easter Sunday to help the tanking U.S. economy but several medical experts have cautioned that could be too early to stop the spread of the coronavirus.

On Wednesday he claimed ‘fake news’ is pushing the need for the lockdown to continue in order for him to perform badly at the upcoming US election in November.

Related Content:  Kenyan Student Who Just Returned From The US Has Been Quarantined In Kitale With Coronavirus Symptoms

During the daily White House coronavirus briefing, Trump said: ‘The media would like to see me do poorly in an election.’

When questioned by a reporter, he snapped back saying: ‘I think there are certain people who would like it not to open so quickly and they think that would be very good as far as defeating me at the polls.’

Trump appeared to pull back on his plan to reopen businesses on Wednesday however, and said he would not make any decision without consulting Dr. Tony Fauci, the director of the National Institute of Allergy and Infectious Diseases, and Dr. Deborah Birx, who is coordinating the day-to-day response on the coronavirus.

As world governments struggle to grapple with the rapidly spreading coronavirus, Gates warned years ago that humanity was ill-prepared for a fast-spreading, life-threatening pathogen.

In 2015, Bill Gates predicted a global pandemic would kill many people and grind the world economy to a halt in a 2015 TED Talk.

Gates told a TED Talk that if the wealthiest nations had prepared for a pandemic with the same urgency that they prepared for nuclear war, a global event such as the coronavirus could have been avoided.

This was not the last time Gates made a similar warning. Last year, Gates, who since stepped away from day-to-day work at Microsoft has devoted his energies to helping eradicate disease in the developing world, also warned of a coming pandemic.

In a 2019 Netflix documentary, Gates predicted a killer virus could originate in China’s wet markets to rapidly infect the world.

There have been more than 68,000 cases of the coronavirus in the United States and more than 1,000 people have died.

Related Content:  US Luring Medical Professionals Globally To Relocate And Work In The US To Fight Coronavirus

The number of US deaths from the coronavirus has risen to 1,035 as of 25 March

Expert Opinion: Is Coronavirus As Deadly As They Say

Coronavirus:David Ndii Dares Uhuru To Resign And Be Given Two Weeks To Save Kenya Or Be Executed In Public If He Fails