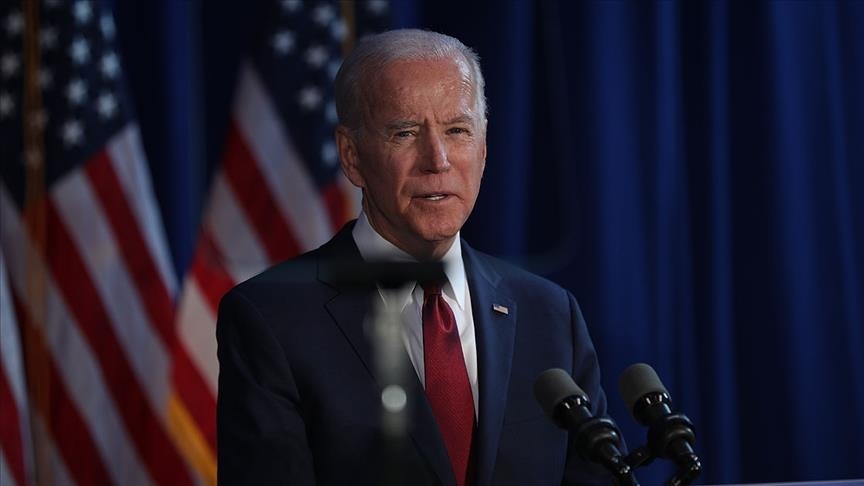 US President Joe Biden implored Congress on Tuesday to enact new gun control laws, including an assault rifle ban, after the US suffered its second mass shooting in as many weeks.

A shooting at a supermarket in Colorado on Monday left 10 victims dead, including a police officer who was the first to respond to a call of shots fired.

Biden made particular mention of two bills that have cleared the Democratic-controlled House of Representatives earlier this month that seek to close loopholes in the US’s background check system for firearms purchases.

One bill seeks to end longstanding loopholes that allow people to buy firearms at gun shows and on the internet without first being subject to a background check, while another seeks to halt what is known as the “Charleston loophole.”

It currently allows a gun sale to proceed if the check has not been completed within three business days. The time-frame envisioned by the bill increases the number to 10 days.

The loophole’s name comes after Dylann Roof was able to buy a gun after the current time frame expired, ultimately using it to carry out a massacre at a Black church in Charleston, South Carolina in 2015 in which nine parishioners were killed.

Biden said the bills are “common sense steps that will save lives in the future,” urging lawmakers in the Senate to quickly pass the legislation and send them to his desk to be signed into law.

“This is not, and should not be, a partisan issue. This is an American issue. It will save lives, American lives, and we have to act,” said Biden.

He urged lawmakers to again ban assault rifles and high-capacity magazines after a 10-year ban expired in 2004.

“It was law for the longest time, and it brought down these mass killings. We should do it again,” the president said.

Biden’s plea comes after authorities in Colorado identified the suspect in Monday’s grocery store shooting as 21-year-old Ahmad Alissa. He has been charged with 10 counts of first-degree murder.

Authorities have not established a motive in the shootings, and Biden said he would not opine on the matter as “a great deal remains unknown.”

“Ten lives have been lost, and more families have been shattered by gun violence in the state of Colorado,” Biden said. “Less than a week after the horrific murders of eight people, and the assault on the AAPI community in Georgia, while the flag was still flying half-staff for the tragedy another American city has been scarred by gun violence, and resulting trauma.”

Biden was referring to last week’s shooting in the Atlanta, Georgia area that left eight dead, most of whom were from the Asian-American Pacific Islander community.