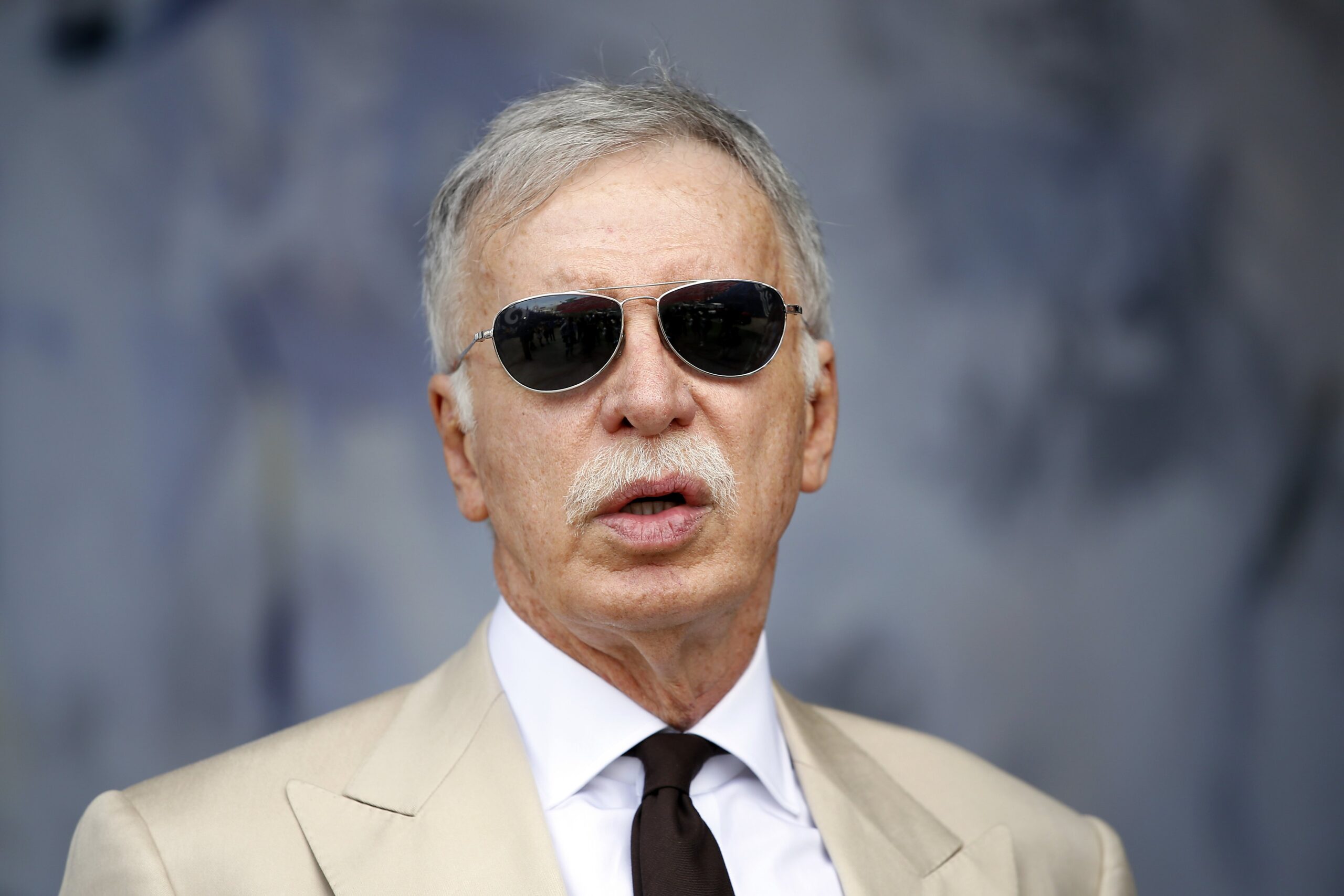 Stan Kroenke will not entertain any offers for Arsenal, his Kroenke Sports and Entertainment (KSE) group said on Tuesday, amid growing supporter unrest at the American billionaire’s ownership of the club.

Thousands of Gunners fans protested outside the Emirates Stadium ahead of Friday’s 1-0 defeat to Everton after they were one of 12 clubs to initially sign up to proposals for a breakaway European Super League (ESL).

Arsenal, along with five other English clubs, withdrew from the plans within 48 hours due to the backlash from supporters, players, governing bodies and the British government.

On Friday, Spotify founder Daniel Ek said he was considering a takeover bid and reports this week suggested former Arsenal players Thierry Henry, Patrick Vieira and Dennis Bergkamp would be part of an advisory group for the Swedish billionaire.

“In recent days we have noted media speculation regarding a potential takeover bid for Arsenal Football Club,” KSE said in a statement.

“We remain 100 per cent committed to Arsenal and are not selling any stake in the club.

“We have not received any offer and we will not entertain any offer.

“Our ambition for Arsenal remains to compete to win the biggest trophies in the game and our focus remains on improving our competitiveness on the pitch to achieve this.”

On the field, Arsenal sit 10th in the Premier League and are on course for their worst league finish since 1995.

However, they could play themselves back into the lucrative Champions League for the first time in five years should they win the Europa League.

Mikel Arteta’s men travel to Villarreal, who are managed by former Arsenal boss Unai Emery, for the first leg of their semi-final tie on Thursday.

Cristiano Ronaldo’s Rape Accuser Is Demanding Sh6B In Damages For ‘Past Pain, Future Pain And Suffering’