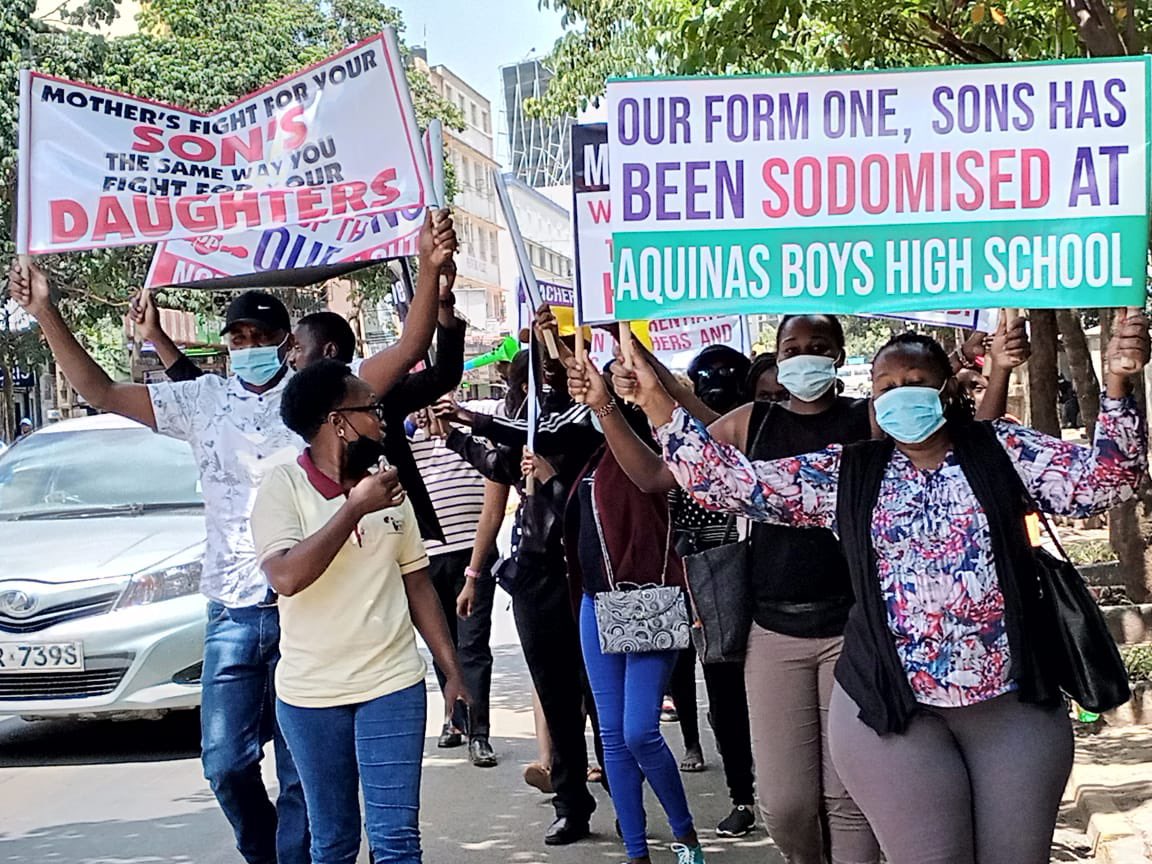 The Kenya Human Rights Commission (KHRC) has urged the police to expediate investigations on a case where a student at Aquinas School was defiled.

In a tweet on its social media page, KHRC says, “We demand that the molested patient is provided with proper medical care and that the police conduct swift investigations and prosecute the perpetrator of this heinous act.”

Parents with students in the school were on Tuesday arrested and detained as they held a protest over the school administration’s cover up of an incident.

A form 1 boy was sodomised in St. Aquinas High School dormitory. The victim attempted to commit suicide. The school principal is allegedly covering the crime to protect the
image of the school. The mum and her friends have been arrested and locked up at Central Police Station. pic.twitter.com/W3kbgX1z9d

KHRC later intervened and secured the release of all persons arrested during this protest.

The Commission says learning institutions should not enable the predatory culture of sexual abuse by covering up such cases.

In a chilling narration, Children’s rights activist Ndugu Nyoro, who is also the founder of Affecto, a popular Kenyan foundation that sponsors academics of needy students, took Kenyans through the dramatic bizzare from the day he was sexually molested to doctor’s confirmation.

“Meanwhile the form 1 boy almost committed suicide because of what he went through. A student made him his wife for a night,” narrates Ndugu Nyoro.

Related Content:  Sonko Whisked Away From Hospital By Police, Dragged To Court Accompanied With A Doctor

When his class teacher noticed he was sick, inquired and learnt of the painful ordeal, he pretended he had school fees balance and gave him a leave out to go home for a checkup.

“His class teacher upon noticing he was very sick for days pretended he had school fees balance (which wasn’t the case) and released him to go home so he could be checked,” Nyoro added.

When the boy arrived home, the class teacher advised his parents to take him to hospital, Nyoro says.

“I have a recording of him advising the boys mum to take him to hospital.”

It was at the hospital where the parents confirmed, after medical examination, that their son had indeed been sexually assaulted.

Speaking to a clinical officer at Avenue Hospital in Thika, while filling a Post Rape Care Form for survivors of rape, the boy reported that the he was sodomized on a Sunday night, 30th January, by an unrecognized student. 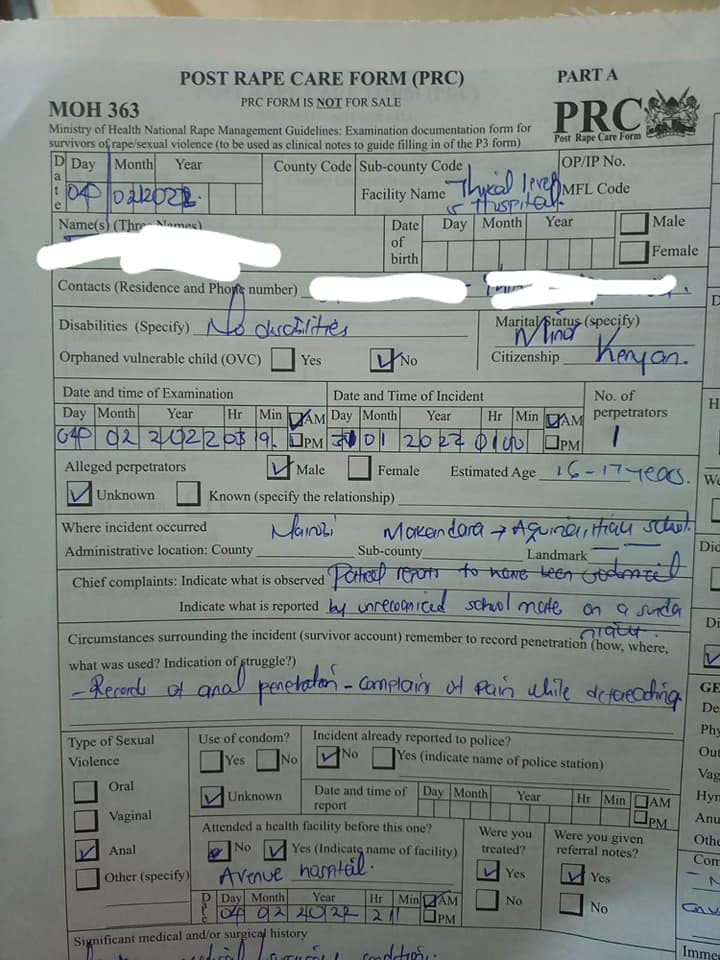 Nyoro adds that unfortunately, when he sought the school’s opinion about the matter, everyone refused to respond, many claiming the matter was knew to them.

“Everybody from Aquinas High School that I have talked to (teachers) is pretending that this matter is very new to them,” posted Nyoro. “I think the saddest bit is that Aquinas High School seems to be hiding the boy who messed the form one student’s life.”

This isn’t an isolated case according to views from many who commented on the issue that has gone viral. A number of those privy to the school claim that this has been an ongoing act but the school has been good at bottling and keeping the public eye and ear from it.

Homosexuality in Kenyan schools is not new either and a matter that recently pushed the minister for education Prof Magoha to suggest that gay students should be kept away from boarding schools to avoid ‘influencing’ others into joining the orientation. His sentiments drew harsh criticism from both the LGBTQIA community and human rights organizations who termed it dehumanizing.

How Kidero Siphoned Sh213M From City Hall To His Accounts