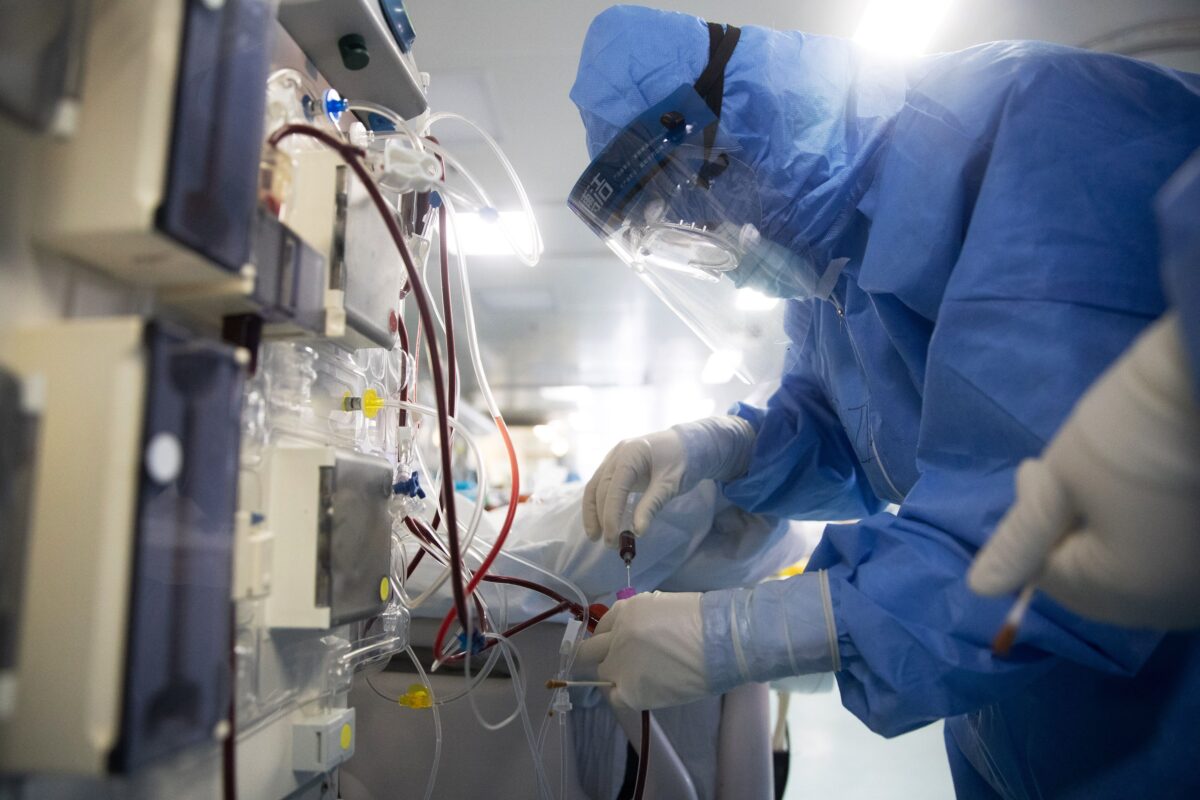 The United States is looking at the use of chloroquine and another version of the treatment, hydroxychloroquine, to treat patients with COVID-19, the disease caused by the CCP virus, Food and Drug Commissioner Stephen Hahn said on Thursday.

The anti-malarial treatment has shown promise in treating patients and is already being studied as a possible COVID-19 treatment by researchers at the University of Minnesota.

The Food and Drug Administration (FDA) fast-tracked the approval process, cutting a process that would normally take a long time down to a short time period, President Donald Trump told reporters at the White House on Thursday.

He said the drug, which is also used to treat arthritis, has shown “encouraging—very, very encouraging—early results.” The president promoted chloroquine and hydroxychloroquine as being able to be used in treating COVID-19 patients.

Hahn told reporters that the drug is approved to treat malaria and arthritis but not for use in patients with the new illness.

“In the short term, we’re looking at drugs that are already approved for other indications,” he said.

“Many Americans have read studies and heard media reports about this drug chloroquine, which is an anti-malarial drug. It’s already approved, as the president said, for the treatment of malaria, as well as an arthritis condition. That’s a drug that the president has directed us to take a closer look at, as to whether an expanded use approach to that could be done to actually see if that benefits patients.”

The agency wants to look at the drug in a clinical trial, he added.

Some pharmaceuticals are prescribed by doctors even if they’re not approved for specific uses by the FDA in what’s known as off-label use.

“From the FDA perspective, once the FDA approves a drug, healthcare providers generally may prescribe the drug for an unapproved use when they judge that it is medically appropriate for their patient,” the FDA states on its website.

Off-label use includes using a drug for a disease or medical condition that it’s not approved to treat.

Trump spoke before Hahn, saying because the drug has been around “we know that if things don’t go as planned it’s not going to kill anybody.”

Americans will be able to obtain chloroquine by prescription, he said. New York Gov. Andrew Cuomo told the president late Wednesday that he wants the drug to be prescribed in New York. 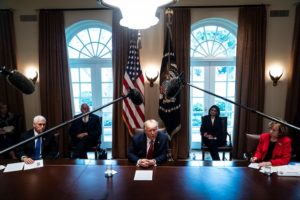 Remdesivir is close to being approved by the FDA, he added. Hahn said remdesivir is in the approval process and emphasized that the FDA is responsible for making sure drugs are safe and work.

No drugs are approved for the treatment of the new virus, which also has no vaccine at present.

Another treatment in the works, Hahn said, is using plasma from blood taken from patients who have recovered from the CCP virus.

“If you’ve been exposed to coronavirus and you’re better, you don’t have the virus in your blood. We could collect the blood now this is a possible treatment. This is not a proven treatment, I just want to emphasize that.”

Researchers would collect the blood, concentrate it, and, after verifying it’s virus-free, give it to other patients.

“The immune response could potentially provide a benefit to patients,” Hahn said.

The new virus started in China last year. The Epoch Times refers to it as the CCP virus because the Chinese Communist Party’s coverup and mismanagement allowed the virus to spread throughout China and create a global pandemic.

The World Health Organization (WHO), meanwhile, said this week that it’s launching a multicountry trial for potential CCP virus treatments.

Canada, France, Spain, and Thailand are among the countries that have already joined the effort, director-general Tedros Adhanom Ghebreyesus told reporters in Geneva.

“Multiple small trials with different methodologies may not give us the clear strong evidence we need about which treatments help to save lives,” he said.

Original version of this article first appeared on Epoch Times.