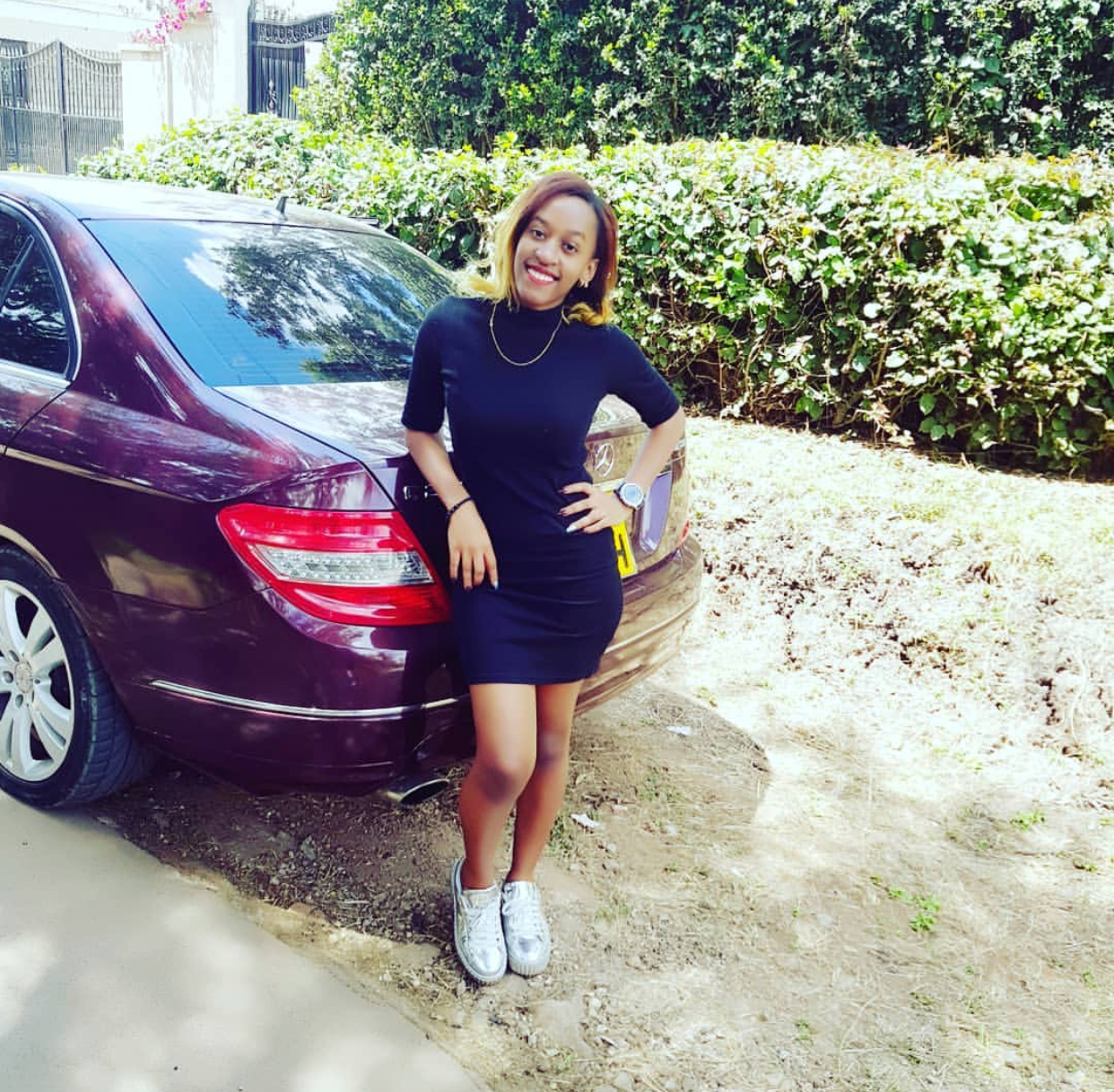 Cynthia Keru posing next to the same car during the Happy days before she decided to smash it.

A video has emerged online of a lady identified as Cynthia Keru smashing the windscreen and vandalizing the car belonging to her boyfriend. The scorned lady apparently suspected the boyfriend of cheating on her, a claim that those in the know say is untrue as the fella is completely mesmerized and smitten to cheat.

Such an act is criminal, causing a damage in this scale to someone’s property shouldn’t be tolerated for whatsoever reasons. This lady need to be arrested and charged for destruction of property. There should be no liniency. If you think your partner is cheating or rather found out, walk away, simple.

The lady is seemingly drunk and is being cheered on by another man filming the criminal act. These two must be arrested and serve as example to the rest of lovers who can’t cubtril themselves and think causing destructions will be the sweetest revenge, idiotic to be fair. 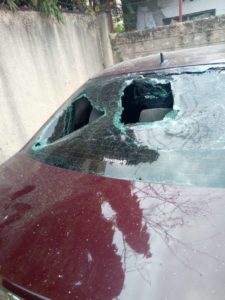 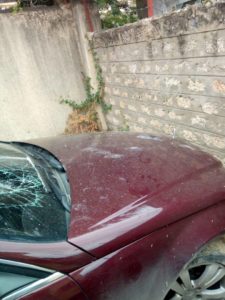 The incident reportedly happened in Mombasa.

Kenya Insights allows guest blogging, if you want to be published on Kenya’s most authoritative and accurate blog, have an expose, news TIPS, story angles, human interest stories, drop us an email on [email protected] or via Telegram
Related Content:  Avoid Meat From NAIVAS Supermarkets For Safety As Lab Tests Confirms Poison Presence
Related Topics:
Up Next