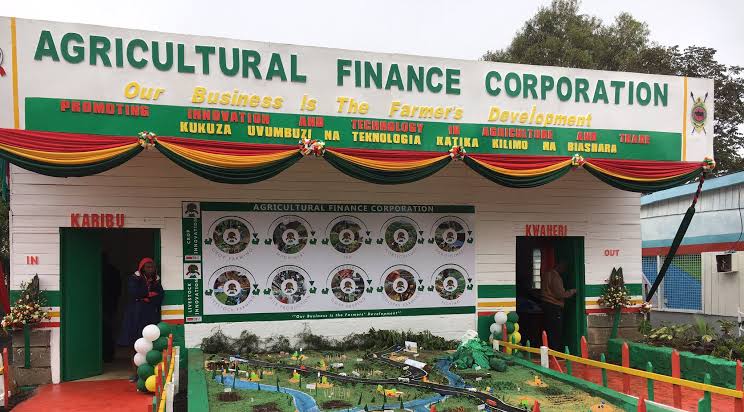 Members of staff at the once giant state the corporation, Agricultural Finance Corporation are up in arms and fuming with anger at the managing director George Kubai for alleged corruption and incompetence.

In a protest letter, the staff said Kubai is incompetent and got the position through canvassing and bribery. They said Kubai, who prior to joining the corporation worked at the National Oil Corporation of Kenya as general manager, favours a few managers at the corporation who do his bidding which includes collecting bribes from service providers.

Those singled out for being favoured include John Mungai, the chief strategy and planning officer and Bonano Badia, the chief credit officer. They have sidelinedother managers namely Rose Ochanda legal, Opati Echoka.compliance, Daniel Olilo ICT and Pauline Kathombani communication.

Those who are involved at the hour on need and cannot raise issues are Betty Chemutai chief Audit, Tom Akeyo Finance manager,KWC Tallam administrative. Anastacia Wachira, head loans is said to go to bed with Kubai in cutting deals.

The staff said Mungai, courtesy of Kubai, flew to Israel for one week and the following week was in Mombasa for two weeks before flying to Ghana for a week.

We could not establish if it is true that while in Mombasa, Mungai was in company of a female powerful staff and they spend good moments together.

The staff added that Mungai also went to Machakos for a week simply to draw allowances.

They wondered at what time Mungai does his work of go developing plans and strategies to help the corporation since most of the time he is out partying.

The staff said since Mungai was employed, he has never developed any plan or strategy to grow the corporation.

They faulted Kubai for also touring Israel and Ghana with a battery of managers simply to earn per diem, accusing him of directing renovations of buildings as a way to get kickbacks from suppliers.

The West African trip was turned into a sex eplode one. The staff revealed that the MD gets the kickbacks through Bonano Badia, the chief credit officer.

They cited a 26-year-old lady identified as Nancy who was employed in the legal department but has only practised law in a small law firm in Meru as an example of those irregularly hired.

Nancy employment has to do with Agriculture CS Peter Munya factor. It is not known if Nancy is a sidekick of the MD or CS. The staff said the lady in question has only two years’ experience but is now the top decision maker in the legal department.

They added that the MD’s driver was given the position occupied by one Ngeno, adding the driver is incompetent and cannot handle such a portfolio.

The staff also said one Njiru, the head of procurement is the conduit of bribes forwarded to the managing director which ranges from 10pc of the proceeds th of work done.

Related Content:  Why Ruto Won’t Be Using Neither Military or Private Choppers And His Official DP Residence

They demanded the MD returns the Rudisha staff loans, Sh14 million he allegedly took,stop human resources department hiring unqualified staff, noting it should be run profe reinstatement of the he career development, noting that some workers have stagnated in the same job for 15 years.

The employees also demanded merit based promotions and salary reviews, noting that some drivers and secretaries earn more than their bosses.

Kenya Insights allows guest blogging, if you want to be published on Kenya’s most authoritative and accurate blog, have an expose, news TIPS, story angles, human interest stories, drop us an email on [email protected] or via Telegram
Related Topics:AFC
Up Next