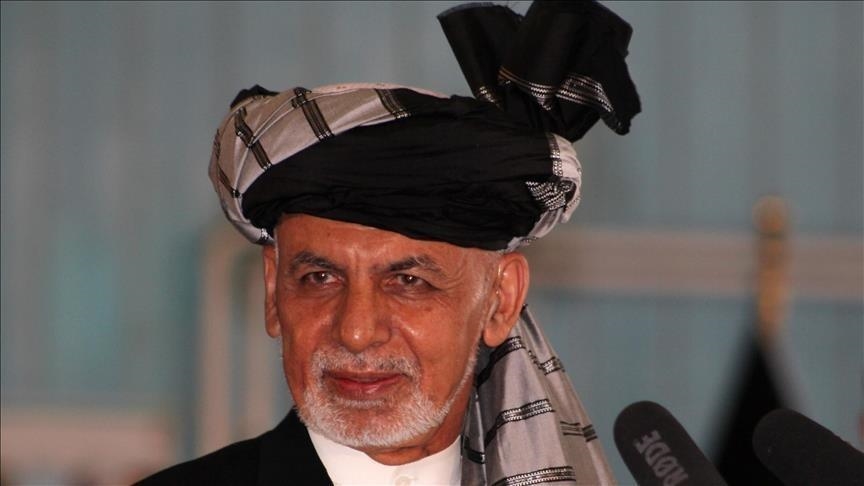 In a Foreign Ministry statement, it said the country welcomed Ghani on “humanitarian grounds.”

Earlier, Afghan media outlets reported that the UAE offered Ghani a residence after his “escape.”

The capital Kabul fell to the Taliban after the Afghan government collapsed amid the Taliban’s dizzying advances that prompted Ghani to flee the country.

There were scenes of panic and chaos at the Kabul airport on Monday as desperate residents tried to flee the war-torn country. Deaths were reported as some clung to planes flying out of the capital.

This spring, the war between the Taliban and Afghan forces intensified as foreign troops announced their withdrawal from the country by Sept. 11, the 20th anniversary of the terrorist attacks that led to the US invasion.

With the collapse of the Afghan government, attention is turning to ensure the safety of civilians and evacuees and an orderly transfer of power.

The Taliban have declared the war in Afghanistan is over and said efforts to form an inclusive government are underway.

Ashraf Ghani said he left on Sunday night because he wanted to avoid bloodshed, as the Taliban closed in on the capital Kabul.

Ghani tried to fit as much as possible in the helicopter but had to leave some behind on the tarmac as there wasn’t enough space.

Its also emerging that before the former president fled the country, he stuffed $169M cash in bags before leaving the country in a helicopter. He also took with him four cars stuffed , according to a Russian embassy spokesperson.

Ghani reportedly flew to Tajikistan, but was diverted to Oman after officials refused permission to land, before travelling on to Dubai.

At the time Russia said it would maintain a diplomatic presence in Kabul and develop ties with the Taliban, even if it hasn’t yet recognised the militant group as Afghanistan’s rulers.

Nikita Ishchenko, a spokesman for the embassy, said: ‘As for the collapse of the regime, it is most eloquently characterised by the way Ghani fled Afghanistan.

‘Four cars were full of money, they tried to stuff another part of the money into a helicopter, but not all of it fit. And some of the money was left lying on the tarmac’.

Kenya Insights allows guest blogging, if you want to be published on Kenya’s most authoritative and accurate blog, have an expose, news TIPS, story angles, human interest stories, drop us an email on tips.kenyainsights@gmail.com or via Telegram
Related Topics:Afghan PresidentAshraf GhaniasylumDubaiTaliban
Up Next

After Years Of Suspicions, R. Kelly Trial Set To Begin In New York