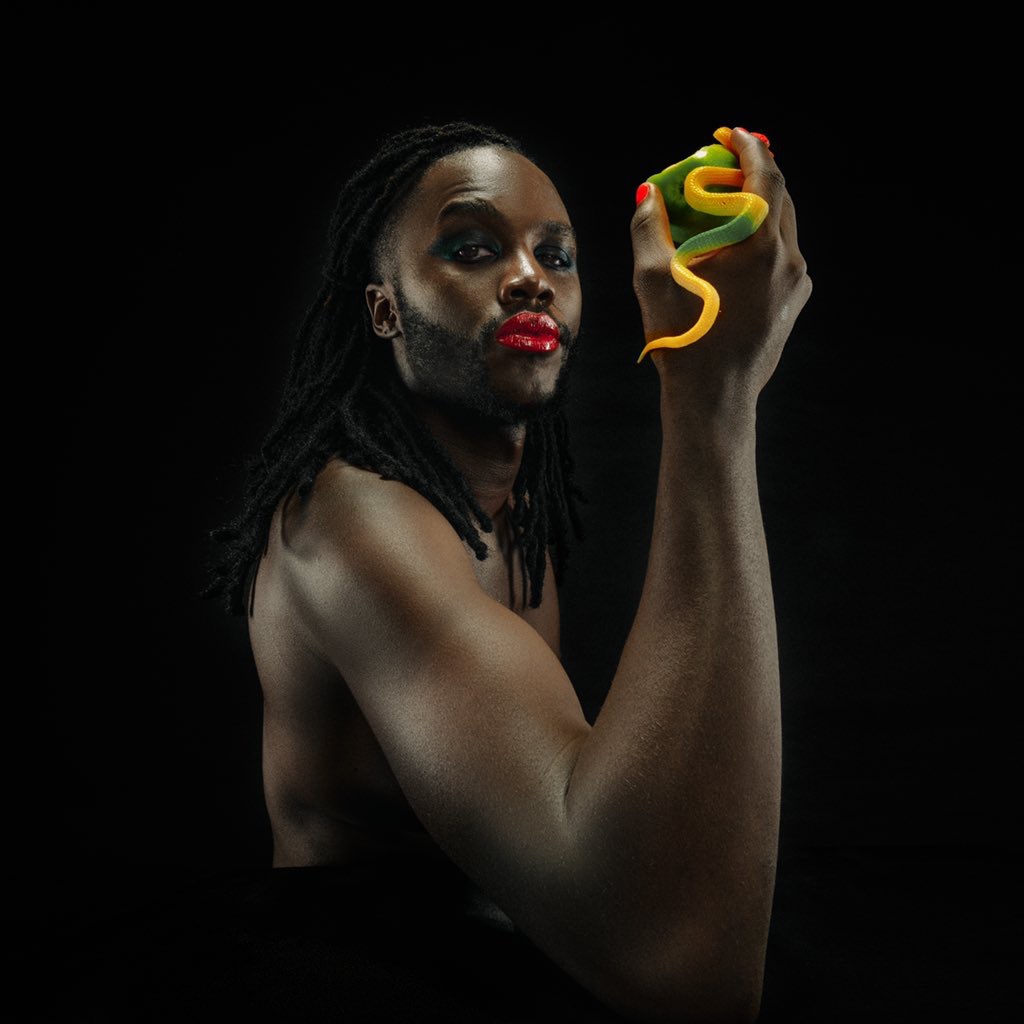 Creativity is the beauty of art, for the past week nude photos of Kisumu Governor’ Son Junior in a red dress posing in a thong has been doing rounds on Kenyan media pages creating much controversies and rumors with some saying he’s gay, some alluded he was getting initiated into the Illuminati world to join Hollywood, there have been even more ridiculous ones.

However, turns out Junior who’s also a model was working with one of Kenya’s most talented photographers  Lyra Aoko on a project ‘what if Adam was Eve’ with a theme of femininity is not weakness. 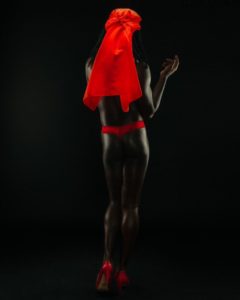 She simply reversed the traditional story of the Bible that God made men first and created woman out of his rib while the man was in deep sleep. In her concept, Lyra visualizes a scenario where the woman is created first, the man who eats the forbidden fruit.

Explaining her objective of the project, Lyra say it was aimed at creating visuals challenging the
stereotypes related to gendered clothing. “This is the most powerful force perpetuating the fashion divide; the fact that we have all been trained from anearly age to regard some clothes asstrictly for men, and other clothes asstrictly for women. And anyone who refuses to follow this code is seen as
making a huge statement.” 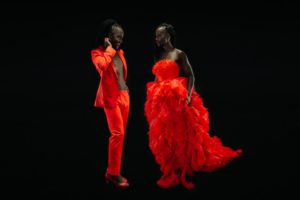 Not only in Africa, worldwide, femininity has been seen as weakness so by visualizing a man in the exact shoes, she says, “The most telling part about all this is what it says about the value we attach to
masculinity and femininity. When a man wears pants and trousers most people will think little of it. The rules arehowever very different for men wearing clothes that are deemed to be for women.”

“Underlying these reactions is a profound disrespect for women and all that we associate with femininity. In the end, the “rules” around gendered clothes aren’t about fashion, or taste. They’re about how we mark difference, enforcing and reiterating restrictive ideas about what it is to be a girl or a boy,
a man or a woman. Perhaps this is the real issue; that to challenge the rules of fashion is to challenge our settled ideas about gender roles.” She summarizes.