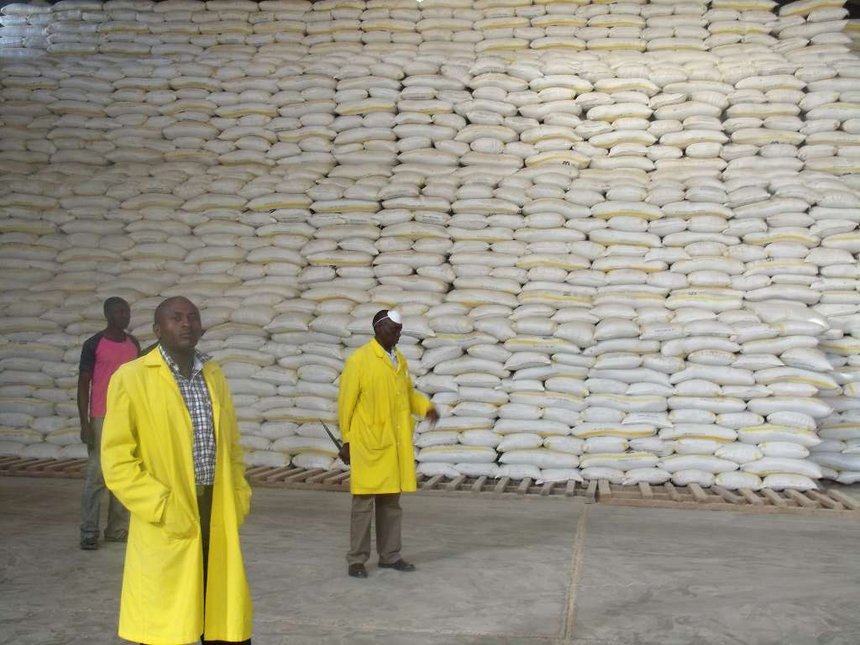 Maize farmers in Uasin Gishu County have remained reluctant to release their produce to the National Cereals and Produce Board (NCPB), despite an upward review of prices from Sh. 2,500 to Sh. 2,700 per 90kg bag.

According to the chairperson, parliamentary committee on agriculture and Moiben MP Silas Tiren most farmers have lost interest in doing business with the government following corruption scandals that hit NCPB three years ago.

Many farmers fear a repeat of the 2019 maize scandal where genuine farmers saw a delay of payment due to the challenges that faced NCPB.

Some of the farmers were subjected to investigations by the Directorate of Criminal Investigations (DCI) and Ethics and Anti-Corruption Commission for the produce they supplied towards the government Strategic Food Reserve (SFR) program and are yet to be paid, said Tiren during a press briefing at the NCPB depot in Eldoret Wednesday.

The Moiben MP wondered why the Ministry of Agriculture has not paid farmers who were not found with any inappropriate deeds despite the money being released by the National Treasury.

“We urge the ministry to hasten the payment to the farmers who have suffered for the last three years. We are also calling on the Judiciary to fast track the hearing of court cases touching on the farmers so that those found not to have committed any illegalities are paid their dues,” said Tiren who was accompanied by several farmers including large scale maize growers Kimutai Kolum, Yusuf Keitany and James Cheruiyot and KFA director Kipkorir Menjo.

A day after the maize price was increased by Sh. 200 per 90 kg bag and the board assuaring payment within 24 hours of supply of maize, farmers are yet to be convinced.

There is little activity at the NCPB depot in Eldoret with most farmers keeping off the premise preferring to sell their produce to private millers who offer higher prices and pay promptly.

Tiren said the slight increase in price has not impressed the farmer to supply their maize to NCPD.

“NCPB has received less than 3000 bags of maize from the farmers up to now,” he noted.

The farmers however appreciated the slight increase of the price by the government but hoped that it should go up to last year’s price of Sh. 3200 per 90kg bag.

They also appreciated the government’s decision not to allow the importation of maize this year saying the decision has ensured maize prices remained relatively stable.