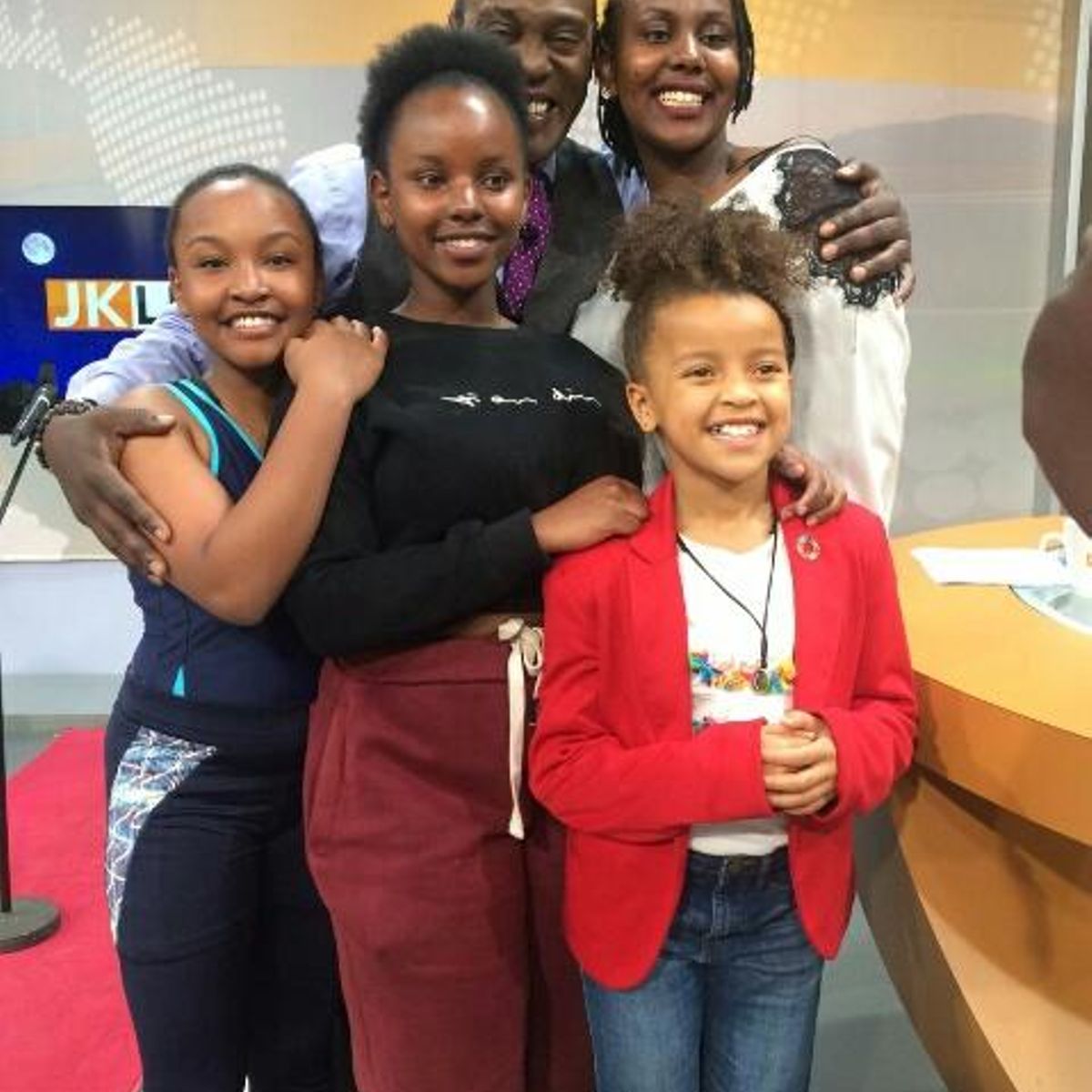 Speaking through advocates Kevin Kinengo Katisya and Co. in a letter seen by Kenya Insights dated October 30th, 2019 addressed to RMS Managing Director, Joe Mwangi has accused the show of “Malicious misstatements, injurious falsehoods and slanderous utterances” targeting him which have since affected his personal and official reputation.

Joe accuses the show to have been scripted further pointing out to the fact that Jeff Koinange who is the host to have been guiding the minor (Wendy) on what to say. The letter further accuses the Tv station of failing to authenticate facts and standards before airing the show since it was already rehearsed. “Your act of allowing the said interviews without authenticating the facts and standards through your quality control and quality standards caused serious harm to our clients reputation.” part of the letter reads.

The letter claims that the interviews has severed Joe’s career as a celebrity or artists agent and have seen him undergo ‘extreme depression,cyber bullying, threat to life, stress and failing health” Joe claims that the show led to to the general public uttering libellous statements that Jeff went ahead to air live.

Joe adds that due to the public pressure he was arrested by the DCI over forgery allegations and paid Sh50,000 in bail in the matter which is still ongoing in court “My client still still continues to suffer the consequence of your defamatory statements”

(Listen carefully from 0:33 seconds to 0:44 seconds, Jeff is guiding the kid what to say…the words Cigarretes and Night never came from Wendys mouth

The letter has demanded a written apology in print media within the first three pages of the local dailies and another interview of Wendy and her mother. Read the full demands below. 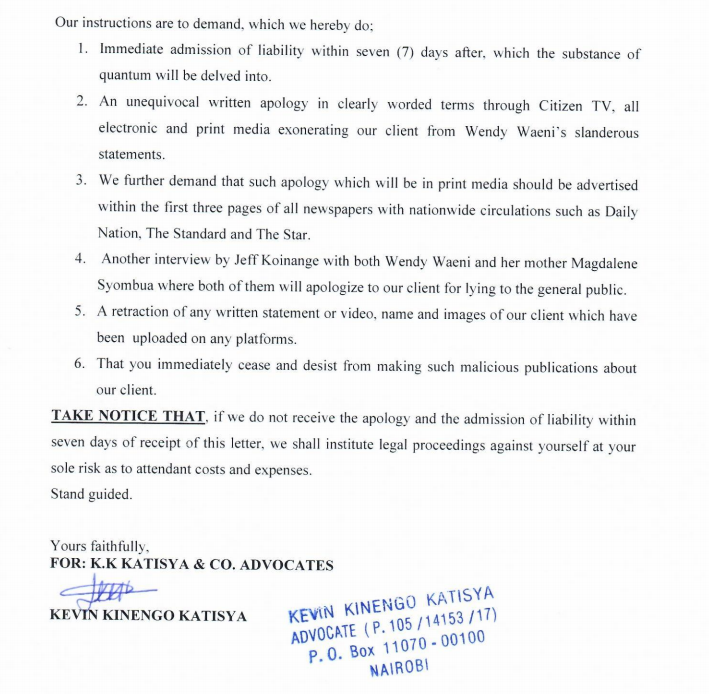