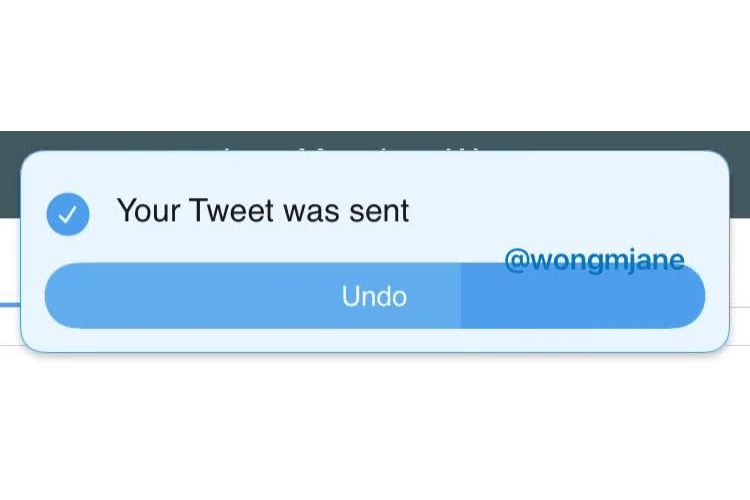 Twitter is once again working on updates that no one wants, and ignoring basic functions prevalent on other social media platforms that its users have been begging to see roll out, with the news of an ‘undo send’ feature for Tweets.

Currently, the only way to deal with a typo, factual error, or other niggle that is ruining your carefully curated timeline is to delete your Tweet, but of course, any traction it gained and engagement it fostered are scrapped alongside it. And so it remains; a blemish for all the world to see, and you’d better just lump it.

Twitter is reportedly working on the ‘undo send’ feature, which you can see in action below courtesy of app researcher Jane Manchun Wong. Essentially it gives you a very brief window of time after you hit send to ‘undo’ your action, and is likely geared towards making users think twice about what they’ve posted, rather than being of any use to anyone who’s unknowingly used the wrong ‘there’ and won’t discover it for several minutes. And by then, it’s too late.

Twitter is working on “Undo Send” timer for tweets pic.twitter.com/nS0kuijPK0

The thread is full of Twitter users complaining about the lack of an edit button, or suggestions that this new functionality should at least providing a preview of the tweet you’ve just sent so that you can cast your eye over it once more before allowing the timer to run down.

Gmail has a similar feature, but why Twitter is aping email features rather than a commonplace aspect of fellow platforms like Instagram and Facebook, that its users have been requesting for years, is mystifying. What’s more, ‘undo send’ could actually be implemented as part of a paid subscription model that we heard about last year , which seems like an odd bonus to throw in, given that it’s not resonating with users.

Twitter seems to be embracing its role as an archive of content showcasing people’s mistakes, with the ‘undo send’ acting as one last ‘are you really sure you want to post this?‘ prompt, before releasing your hot takes into the world.

From a point of view of the average user who just wants to avoid spelling and grammatical errors, which can quickly derail conversations, the ‘undo send’ button is useless.