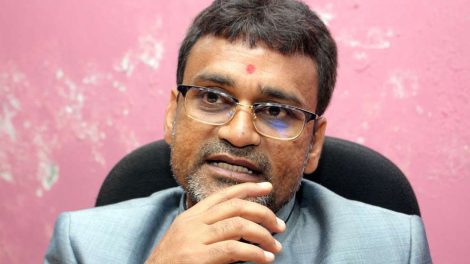 Taj Mall owner Rameshchandra Govind Gorasia risks auction over failure to pay a Sh3.2 million debt owed to a private security firm after a court declined his proposal to use logbook to secure the debt.

Mr Gorasia wanted the High Court to allow him to use the logbook of a Caterpillar Wheel Loader as security of the debt he owes Cobra Security Company Limited. He also wanted the court to suspend execution of a judgement dated December 7, 2018 in which a magistrate had ordered Taj Mall Ltd to pay the security firm a sum of Sh3,205,930.

But Justice Jacqueline Kamau declined the request saying though Taj Mall was facing serious financial challenges the court’s hands were tied and could not assist in any way.

The judge also declined Mr Gorasia’s proposal to deposit the logbook of a Caterpillar Wheel Loader to secure the debt pending the determination of the appeal.

Justice Kamau said it was not acceptable to the court because there was no guarantee that at the conclusion of the appeal, its value would still be Sh3.2 million.

“It was apparent that the same would continue being in possession and sole control of and by the applicant putting the security in a precarious position to the possible detriment of the respondent,” said justice Kamau.

She added that there was no doubt that its value would depreciate due to wear and tear as a result of its usage.

Mr Gorasia had secured a reprieve on February 28, 2020 when the High Court granted a suspension of the order on condition that he deposits the said amount of money into a joint interest earning account in the names of advocates of both sides within 30 days. However, he was unable to meet the condition and returned to court seeking a review of the order adding that he had filed an appeal against the magistrate court’s order.