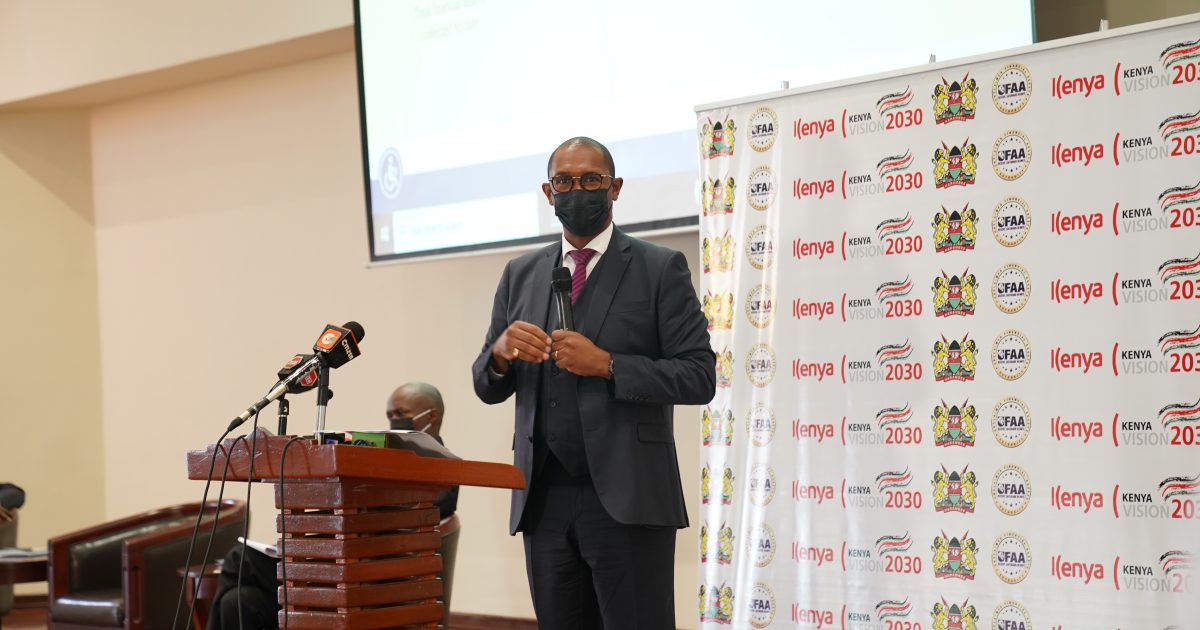 Announcing the findings of the survey in Nairobi, UFAA Chief Executive Officer, Mr John Mwangi, explained that the Authority’s mandate is to bring closure to ‘lost and found’ financial assets, receive unclaimed financial assets, safeguard and re-unite the assets with their rightful owners, who at times are not aware of their abandoned treasure.

“UFAA’s performance is based on the number of claimants re-unified. So far the Authority has collected a total of Sh20.3 billion in cash, Sh1.2 billion unit of shares, received 6,000 claims and issued Sh1 billion payouts in 2021,” said Mwangi.

Explaining that financial assets are declared unclaimed when there is no active involvement by users for a period of 2 years, the CEO said the unclaimed money by the Authority is invested in government securities so as to accrue interest that is channeled to unclaimed Assets Trust Fund.

“UFAA is urging all citizens to claim their financial assets and that of relatives by dialing a short code of *361# or visiting ufaa.go.ke,” advised Mwangi.

He said the code will help citizens find out whether they have unclaimed financial assets as an original owner or on behalf of a minor, business entity and deceased persons.

In his remarks, UFAA Chairperson, Richard Kiplagat, announced that the Authority has introduced Unclaimed Financial Assets Management (UFAM) System that is designed to facilitate easier filing, processing and disbursement of unclaimed assets through the internet, as well as provide compliance services where UFAA can carry out audit procedures to holding institutions.

“The re-unification process has been made easier through the self-service UFAM system to allow a claimant to search for asset, file a claim, download the required documents and track the claims,” said Kiplagat.

The Chairperson said to favor those with no access to internet, UFAA has partnered with Huduma Kenya to make asset claiming services available in all Huduma Centers across the country.

“Through partnership with government entities and technology companies, the Authority will continue with sensitization efforts that help target holders and claimants increase declarations to the authority and re-unification of unclaimed financial assets,” he said.

Kenya Insights allows guest blogging, if you want to be published on Kenya’s most authoritative and accurate blog, have an expose, news TIPS, story angles, human interest stories, drop us an email on [email protected] or via Telegram
Related Content:  Fuel Prices Scaled Down
Related Topics:Unclaimed Financial Assets Authority (UFAA)
Up Next

Treasury moves M-Akiba away from NSE to the Central Bank

How The State Plans To Control The Prices Of Cooking Gas