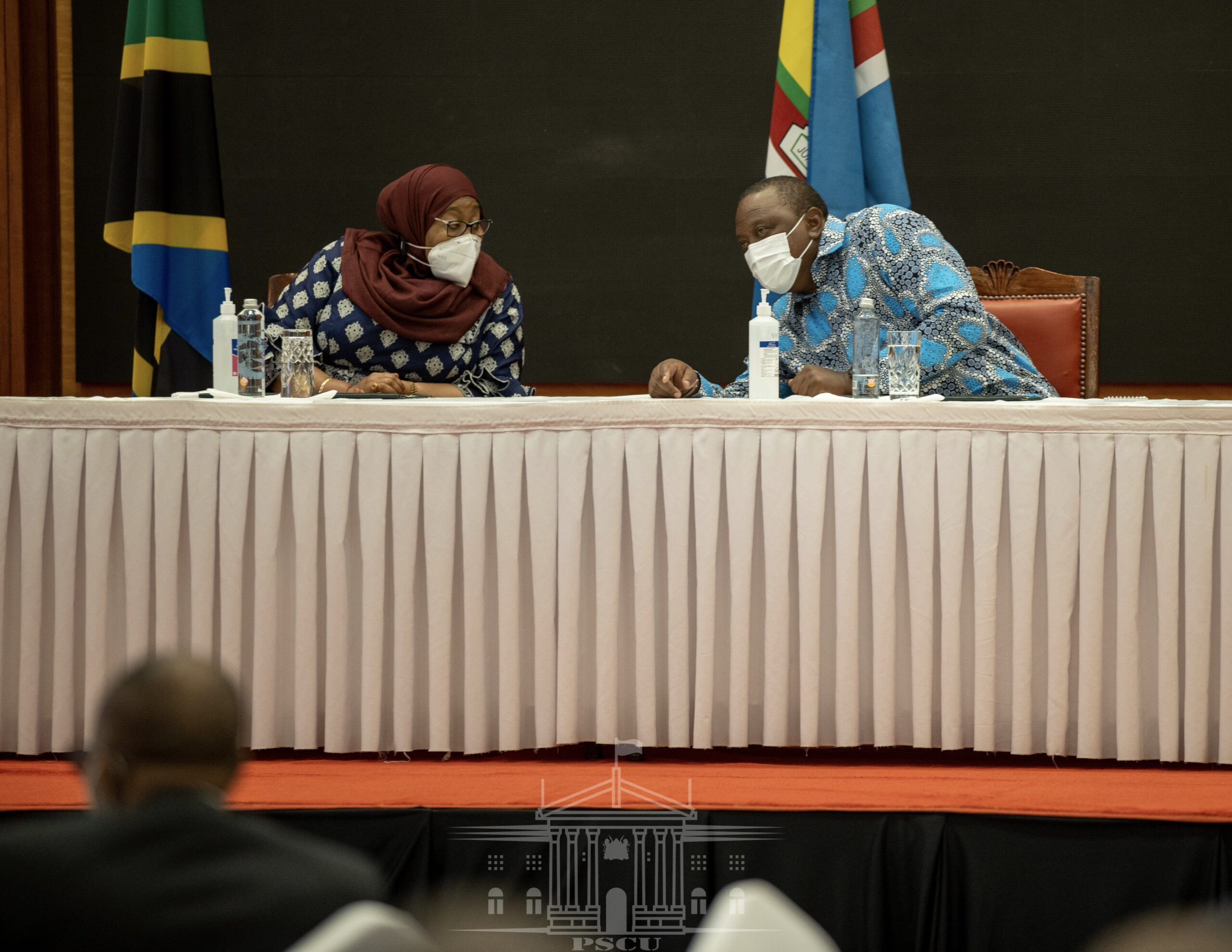 President Uhuru Kenyatta today announced a raft of incentives aimed at wooing Tanzanian investors to Kenya including the lifting of work permit and visa requirements.

The President said his Administration will do all in its power to eliminate all non-tariff barriers for Tanzanian investors coming to do business in Kenya.

President Kenyatta cautioned Tanzanians and Kenyans against competing with each, and instead focus on creating a conducive environment for businesses to thrive.

At the same time, President Kenyatta gave an ultimatum of two weeks to concerned state agencies to clear the jam of trucks at Namanga and Holili border crossings to allow free flow of trade.

He also tasked the ministers of health from both countries to move with speed and streamline Covid-19 containment protocols required for traders to cross the borders unhindered.

“I want to announce two directives and I want them done this week and next week. All concerned ministers please move with speed and unlock the jam in Holili, Taveta and Namanga border points. On Covid-19 certificates, please let the health ministers sit and agree on modalities. If the certificate is issued in Tanzania let those people be allowed to come to Kenya and vice versa,” President Kenyatta said.

President Kenyatta challenged the private sector to explore and seize opportunities accorded by bilateral and multilateral agreements available to East Africans such as the Africa Continental Free Trade Area and the EAC-EU Economic Partnership Agreement (EPA) to grow their investments.

“The private sector should look beyond our borders and seize opportunities accorded by the Africa Continental Free Trade Area, which came into effect on 1st January this year, and the older, but still important EAC-EU Economic Partnership Agreement (EPA).

He observed that although the two countries boast of a vibrant and entrepreneurial private sector, trade between the two countries has not thrived to the expected levels going by the decline in volumes of trade in recent years.

On her part, President Suluhu outlined reforms being undertaken by her administration to enhance ease of doing business, and welcomed Kenyan private sector to invest in Tanzania.

“The private sector is key to driving growth, that will deliver these jobs, transform labour market, open up opportunities and unleash entrepreneurial spirit,” President Suluhu said.