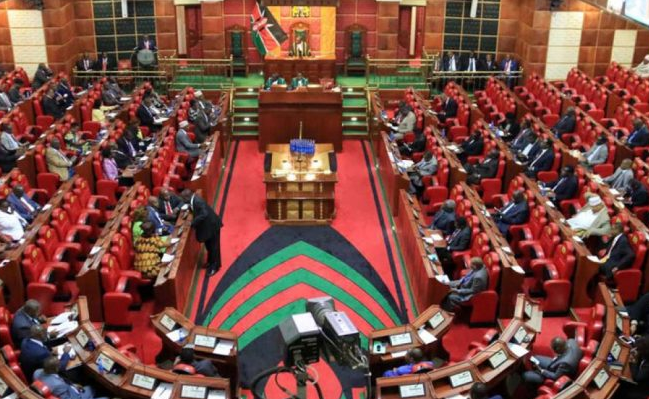 At least 17 Kenyan legislators and a number of other parliamentary staff have allegedly tested positive for the novel Coronavirus (Covid-19).

The 17 were among 52 members of the Senate and National Assembly who voluntarily got tested last week and received their results on Tuesday from the Ministry of Health.

In an impromptu circular to newsrooms on Monday Senate Speaker Kenneth Lusaka and his National Assembly counterpart Justin Muturi called off sittings this week, when reached for comment, Lusaka did not confirm or deny that the reasons for the called off sittings were due to the reports of members testing positive, he instead asserted that results of  COVID-19 patients remain private and confidential.

however, a nominated senator who spoke in confidence told People Daily that the sittings were called off as precaution measure to avoid other members from contracting the deadly virus. “There are suspected 17 members of parliament from both houses who have been tested and turned positive,” People Daily wrote.

Among those who were subjected to test and mandatory quarantine included members of the Justice and Legal Affairs Committee and the Delegated Legislation Committee who held a joint sitting on March 17 in the presence of Rabai MP Kamoti Mwamkale while the rest include those who attended the burial of Msambweni MP Suleiman Dori on March 9 and came into contact with Kilifi Deputy Governor Gideon Saburi, both of whom tested positive for the disease.

Kenya Insights allows guest blogging, if you want to be published on Kenya’s most authoritative and accurate blog, have an expose, news, story angles, human interest stories, drop us an email on tips.kenyainsights@gmail.com or via Telegram
Related Content:  Trump Threatens Permanent Freeze On WHO Funding In 30 Days Calling Them Chinese Puppets
Related Topics:
Up Next