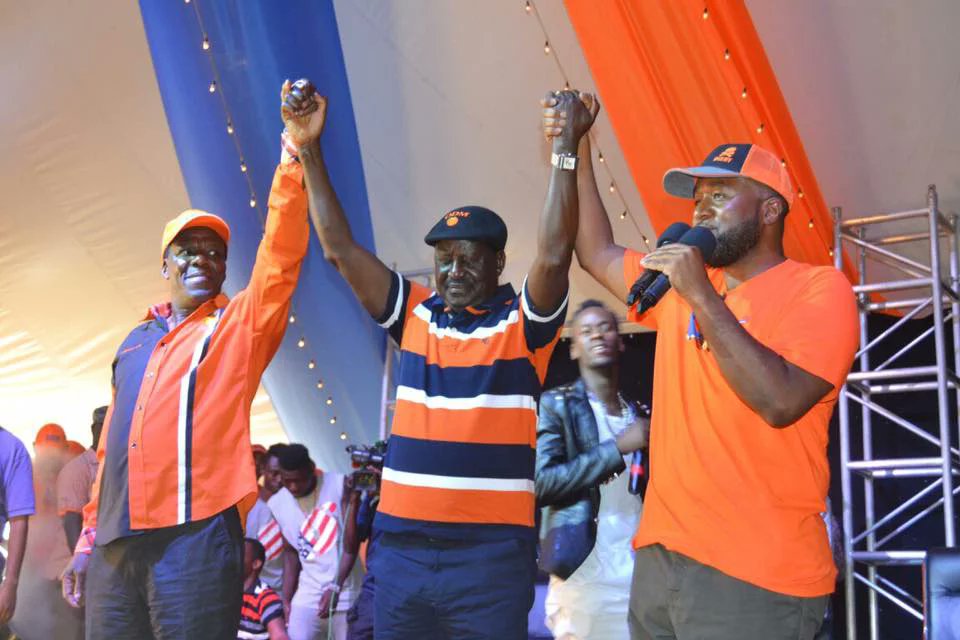 A section of ODM leaders say it is not mandatory for President Uhuru Kenyatta to endorse Raila Odinga as the preferred presidential candidate in the 2022 general poll.

Speaking during a golf tournament to celebrate the 27th memorial of Jaramogi Oginga Odinga in Kisumu, the leaders’ claim Raila is not angling for President Kenyatta’s endorsement and is keen on the passage of the BBI constitution amendment bill.

Raila remains non-committal on whether he will be vying for presidency in 2022.

Oburu Odinga said the ODM leader was keen on the passage and implementation of the BBI report to put the country in a better place.

Raila on his part kept off the succession politics but insisted the country lacked genuine and honest leaders who would agitate for the good of the country.

Raila also faulted the deputy president William Ruto for coining the Dynasty Hustler narrative terming it a short term excitement pill that is likely to have detrimental effects to the country cohesion.

His party ODM has advertised for candidates interested in running for presidency with the party ticket to apply.

Last month, the Orange Democratic Movement (ODM) started the process of identifying a suitable presidential candidate for the 2022 general election with interested candidates required to pay a non-refundable application fee of one million shillings.

Kenya Insights allows guest blogging, if you want to be published on Kenya’s most authoritative and accurate blog, have an expose, news TIPS, story angles, human interest stories, drop us an email on tips.kenyainsights@gmail.com or via Telegram
Related Content:  Sudi: I Regret Voting For Uhuru Kenyatta
Related Topics:
Up Next