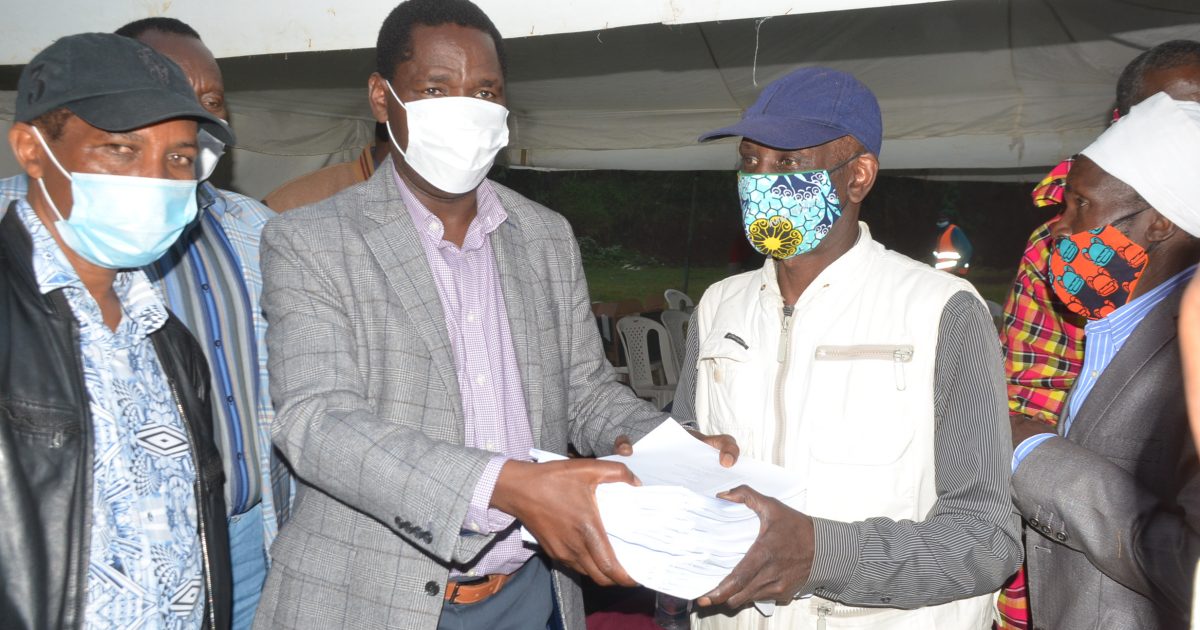 Addressing farmers’ representatives drawn from 10 tea factories in Murang’a at Ndakaini on Sunday, Munya observed that the agency is using all means to block implementation of the regulations fronted by the government to streamline operations in the sub sector.

He said KTDA is opposed to selling of tea through auction since the system will block cartels who have been syphoning money meant for farmers.

The CS stressed that the government will not relent until it roots out cartels in the agency who for a long time have exploited poor farmers.

Munya said the new regulations will be implemented once the court case is concluded adding the process of selling tea will be reformed in order to benefit farmers.

“A lot of propaganda is being perpetuated by KTDA on the regulations proposed to revive the tea sector. Farmers need to be smart on these. The regulations are in the public domain, let all read and understand before rejecting what one doesn’t know,” Munya said.

He claimed that the procedure, which the agency has been using to sell tea, has many loopholes which cartels use to exploit farmers by giving meager returns.

“Our farmers have continued to suffer despite tea contributing to Sh1.6 billion in the country’s economy. The sector has also employed six million people. The President is dedicated to ensure farmers are no longer exploited and that’s why we have come up with regulations to reform the sub sector,” Munya explained.

“I have no fight with KTDA but my mission is to ensure farmers get what they deserve from their sweat in growing tea.”

He said the regulations were arrived at after wide consultations adding those claiming to have been left aside were lying.

“Countries like Srilanka have less tea compared to Kenya but they get more returns since the marketing of their tea is open and transparent. In Kenya when we embrace the auction system there will be transparency and accountability and we will discover new prices,” said Munya.

He accused KTDA of controlling the auction and depressing the prices so that their companies can buy the tea purporting to be outside buyers.

“Since the regulations were established in June this year, prices have been going up and some companies have earned an increment  of up to more than 70 percent,” Munya said.

The CS said the auction will be digitized so that farmers can follow the process and know the price their tea has fetched.

Munya said the regulations will be factored in the Tea bill, which is before parliament to ensure the operations, and marketing of tea is under a government policy.

He said the Tea bill, once passed will ensure farmers get minimum guaranteed price despite fluctuation of international prices.

He underscored the need for branding and other value addition in the Kenyan tea saying it will ensure farmers earn more.

The CS further faulted counties that claimed they were not consulted in the drafting of the regulations saying the new guidelines started way back in 2016 and all stakeholders were part of the proposed regulations.

Munya faulted the process of electing new directors saying the procedure should be one grower, one vote and not based on the number of shares saying such voting system is against company law.

On her behalf Murang’a Woman Representative Sabina Chege said tea farmers need to be given cheap fertilizers like the way the government provides subsidized fertilizers to maize farmers.

Chege said for many years, tea farmers have been taken for granted despite the crop contributing a lot to the country’s economy.

“We want a full department to take care of tea and coffee the way we have a department of fisheries. The two cash crops have played a key role in our country’s economy,” added Chege.

Majority of the factory representatives present lauded the new changes saying if well implemented they will cushion farmers from poverty.

Wambugu Gachunje, a tea farmer from Kanyenya-ini factory said if the new regulations will not be implemented, they will boycott the forthcoming KTDA elections.

Gachunje further accused KTDA of using farmers’ money to go to court to block the regulations saying that farmers have not given the agency the nod to use their money for litigating in court.