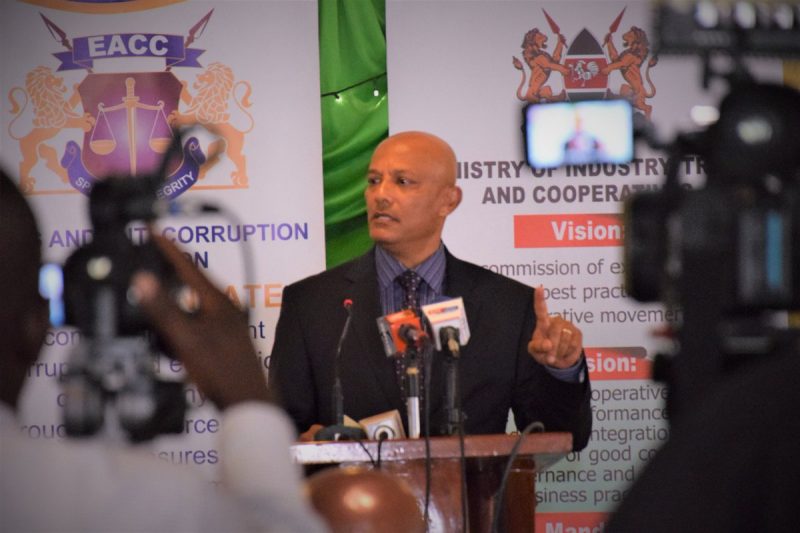 Individuals who fail to report cases of bribery to the Ethics and Anti-Corruption Commission (EACC) now risk a fine of Sh5 million or a 10-year jail terms if MPs approve a proposed law that seeks to tighten the noose on graft lords.

The State wants all Kenyans and not just public servants to report bribery to the anti-graft agency within 24 hours under a proposed anti-corruption legislation that is before Parliament.

Section 14 of the Bribery Act is set to be amended to allow “any person” — and not just those holding a position of responsibility — to report any suspected case of bribery to EACC.

Previously, only State and public officers — and those holding positions of responsibility within private firms — were lawfully required to make such reports to the anti-graft commission.

Those in breach face a lengthy jail term and multi-million shilling fine in the latest attempt to curb theft of taxpayers’ billions and bribery that mainly involves private sector players.

“Any person who is convicted of an offence under this Act, for which no penalty is expressly provided, shall be liable on conviction to a fine not exceeding Sh5 million or to imprisonment for a term not exceeding ten years, or to both,” according to penalties outlined in the Bribery Act, 2016.

That means every Kenyan who witnesses a case of bribery including offering of inducements to police officers have a legal duty to report the crime to the EACC.

A 2019 corruption survey by EACC found that 35 percent of Kenyans pay a bribe to get quick government services, get employment, avoid police arrest and to access medical services among others.

Kenya has been roiled by a spate of scandals involving bogus tenders and suppliers that allegedly resulted in the theft of hundreds of millions of shillings by State officials from several government bodies.

Dozens of officials and business people have been charged over graft at agencies like the National Hospital Insurance Fund (NHIF), Kenya Power, Kenya Pipeline Company and the National Youth Service (NYS).

Bribery and corruption-linked fraud has overtaken procurement-related vice to become the fastest growing form of economic crime in corporate Kenya, according to a recent survey by consultancy PricewaterhouseCoopers (PwC).

The report, based on feedback from 102 senior managers and board members, suggests that four in every 10 business leaders, or 42 percent of respondents, had experienced a corruption or bribery incident in the two years to 2019.

This was a rise from a third of the organisations in 2018 despite a spirited battle against the vice by institutions mandated to fight economic crimes such as Ethics and Anti-Corruption Commission (EACC) and Directorate of Criminal Investigations (DCI).

Companies and investors cite pervasive graft as one of the biggest challenges to doing business in Kenya.

The war against bribery comes amid an ethics code signed between the government and private companies, which demands that firms and officials violating the code be blacklisted for at least five years.

Changes to the Bribery Act are contained in the Statute Law (Miscellaneous Amendments) Bill 2020 and which was signed and tabled by Aden Duale — the recently ousted Leader of Majority in the National Assembly.

Other measures in the proposed law include the push by the State for all the cases touching on corruption to be determined within two years from the time of filing.

Previously, there was no time limit on corruption, bribery and economic crimes offences thus allowing cases to run in the courtrooms for ages.

For years, State and public officers have been accused of operating offshore bank accounts and hiding their wealth abroad in tax havens.

The proposed law now makes it a crime for such officers to operate foreign bank accounts without the approval of the EACC.

More so, State officers who operate such accounts will be required to submit annual statements to EACC.

Failure to submit the accounts will attract a jail term of five years or a fine not exceeding Sh5 million, or both.-Business Daily.