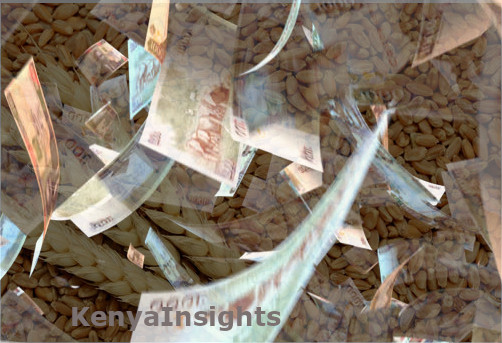 A recent spike in wheat purchase has attracted attention as the deadline approaches. Farmers in Narok county are happy people after an a huge amount of people are said to be buying their wheat to clean up dirty money. The Central Bank of Kenya (CBK) has said it is concerned with the unusual activity.

“Currently we have a problem with Narok now they are harvesting their wheat and so we have seen an influx of purchasers who are purchasing wheat and they are quite a concern to us,” CBK Governor Dr. Patrick Njoroge said on Tuesday.

The CBK have said Kenyans have until the midnight of September 30th to discard the old Sh1,000 bill and the phase out period will not be extended. “Demonetization has been going well and we are happy with the pace, and the deadline remains Monday next week,” Njoroge said.

Millions in old notes that are being held as exhibits by various courts across the country are at risk of being demonetized, the CBK has maintained if judiciary officials do not exchange the money, it will be worthless after next week.

With the immediate phase-out of the Ksh1000 note which is according to Dr Njoroge, supposed to help in dealing with cases of counterfeits and money laundering, which has impacted the economy negatively, Kenyans can expect to see unusual behavior in the market as people rush to clean their thousands over the next week.

Kenya Insights allows guest blogging, if you want to be published on Kenya’s most authoritative and accurate blog, have an expose, news TIPS, story angles, human interest stories, drop us an email on [email protected] or via Telegram
Related Content:  How CS Echesa Swindled Two Foreigners Sh11.5 million
Related Topics:
Up Next

Expert: Your Huduma Number Data Is Not Safe With The Government